We have been doing so much this spring that it's been hard to keep up with it all! The kindergarteners are one week away from the end of the school year (I can't believe it) and we are cramming in as much fun and learning as possible before summer! Below are some pictures of what we've been up to. Apologies for how they skip around; I just wanted to get up as many photos as possible before the end of the year. As always, if family members would like any copies of these photos, just email me!

Our Sit Spots
We revisited our "sit spots," which we chose in the winter. This time we drew what we noticed from our sit spots in the spring. Quite different than the winter landscape! 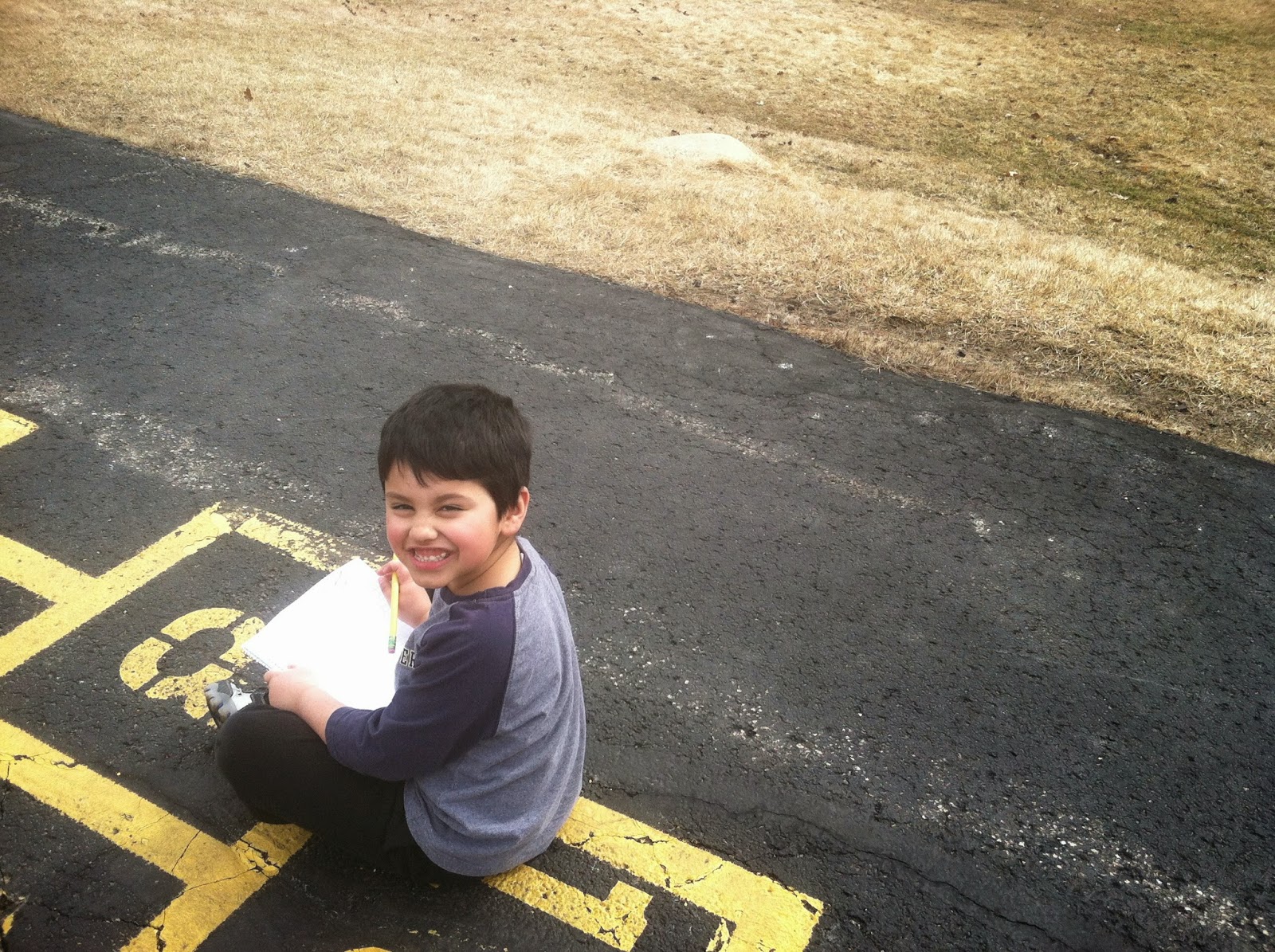 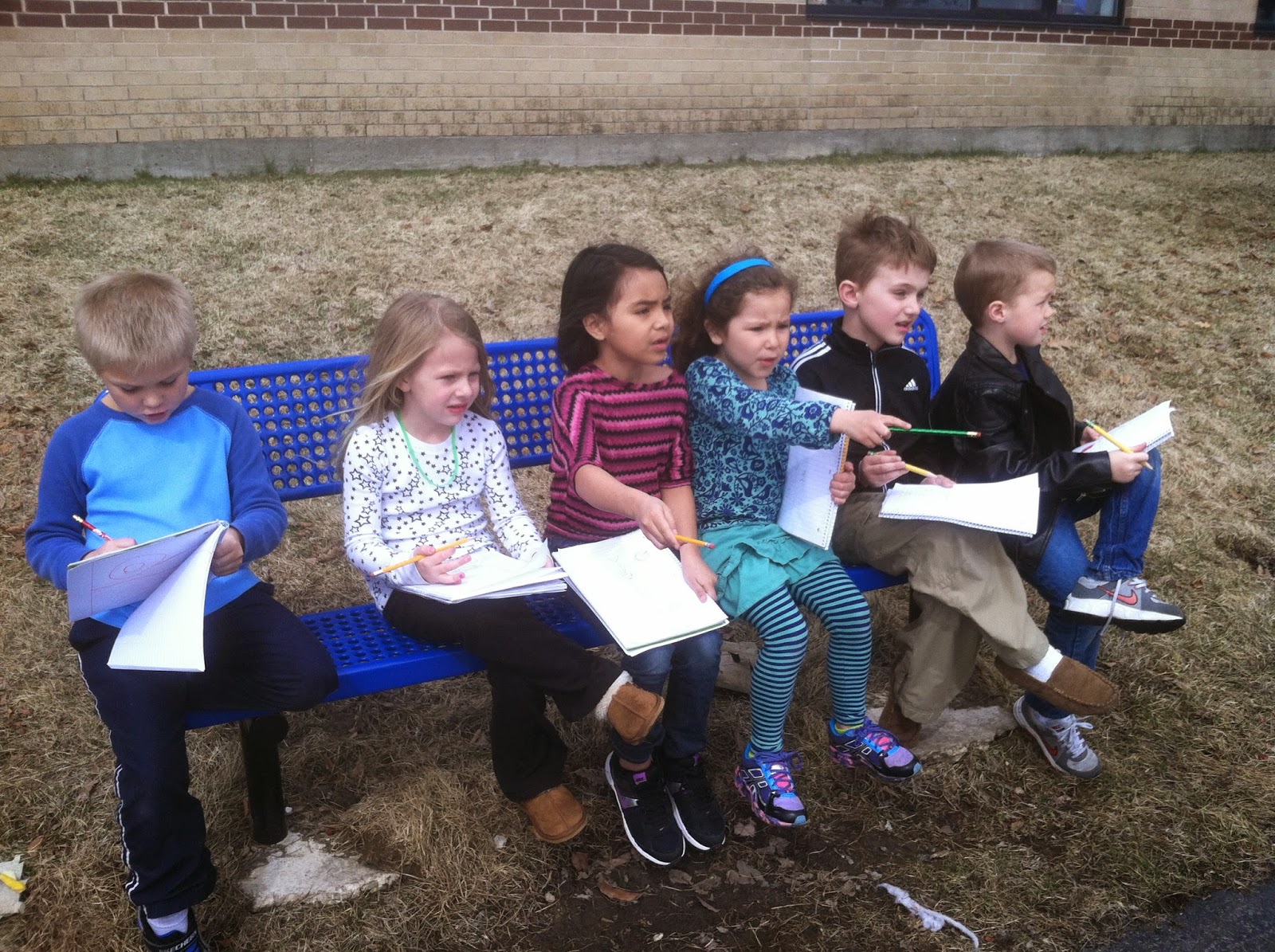 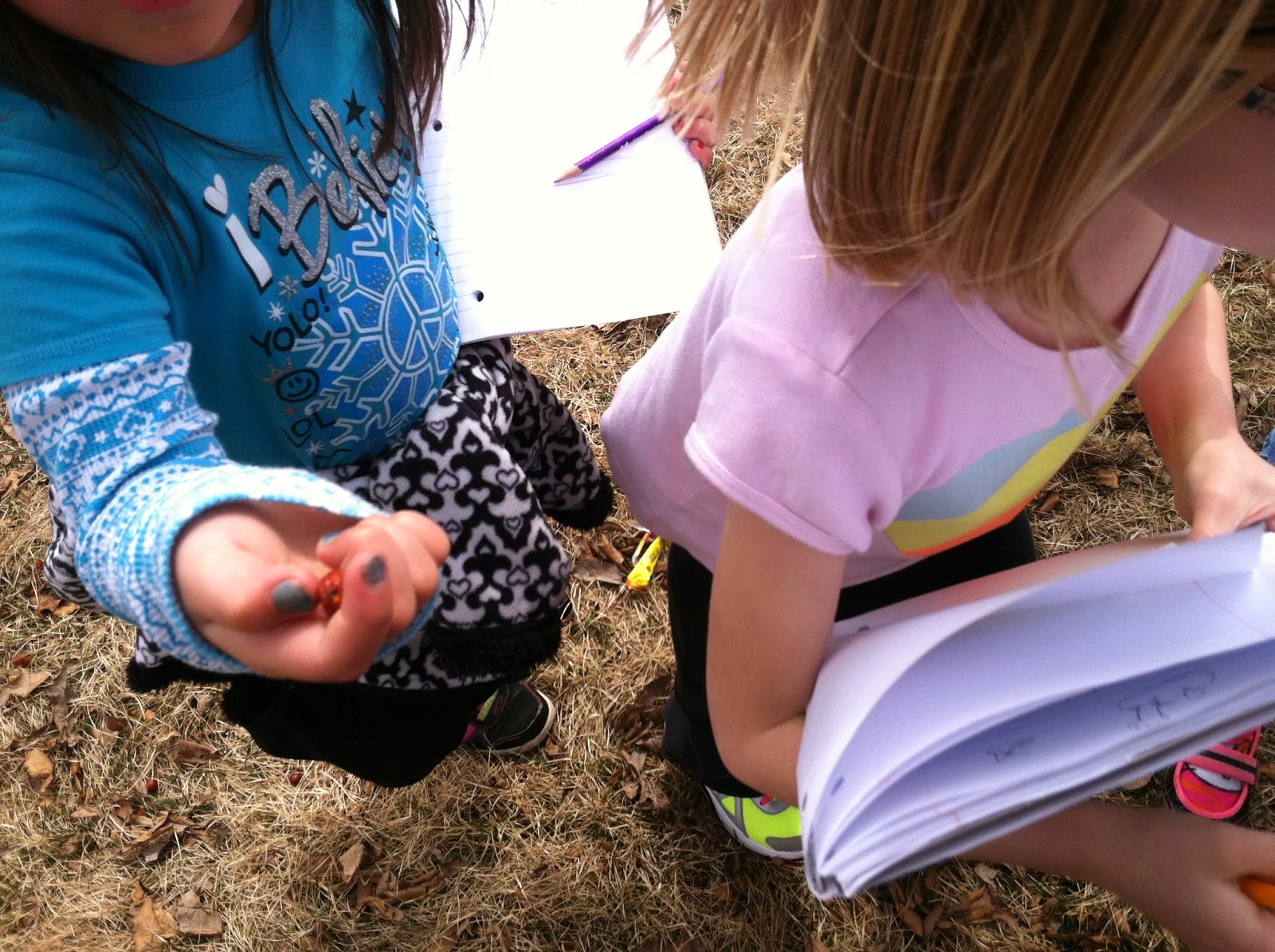 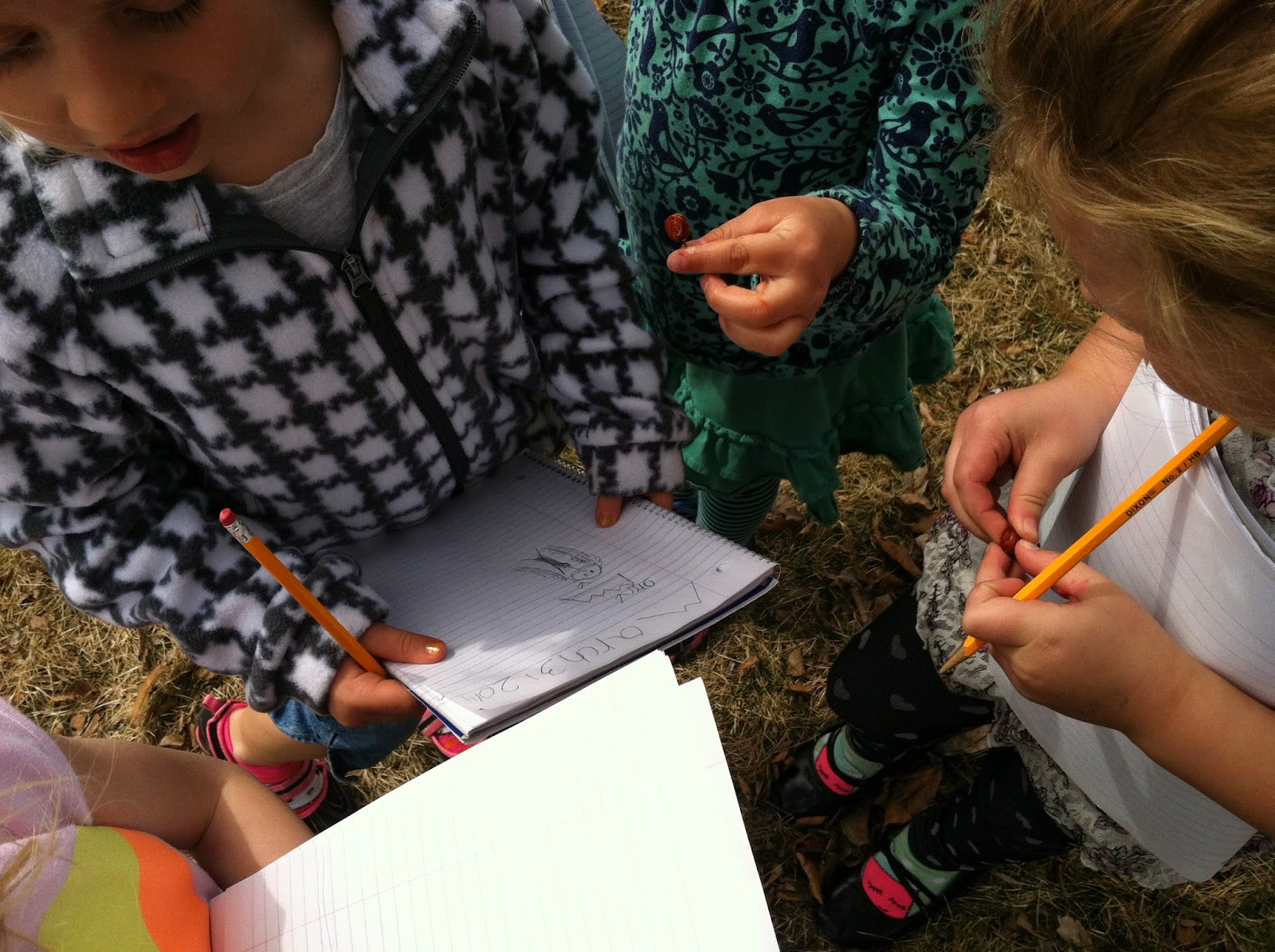 Penpals
We became penpals with a high school English class elsewhere in the state. The kids were so excited to receive letters from them. Here are some adorable responses, with translations attached... 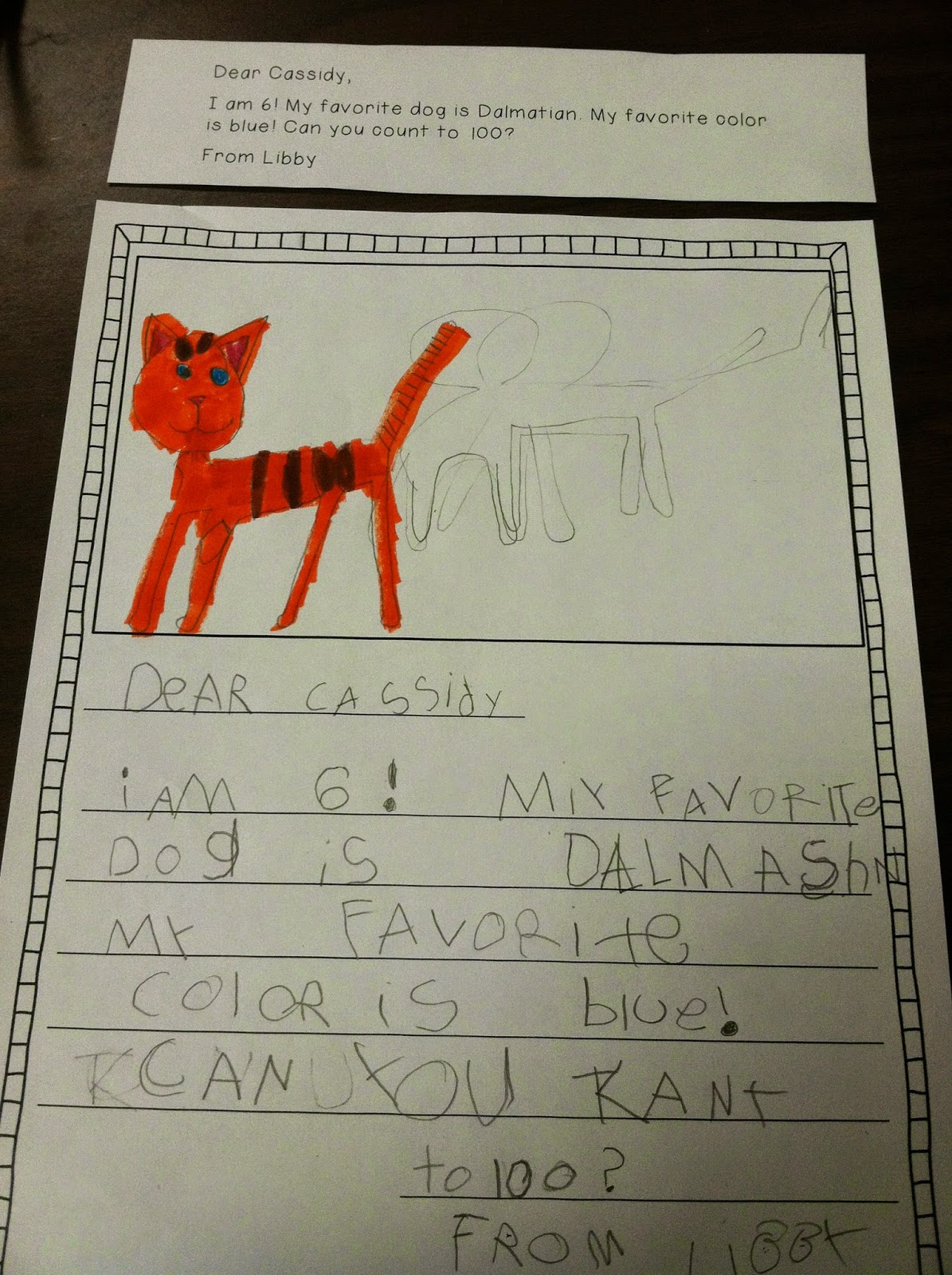 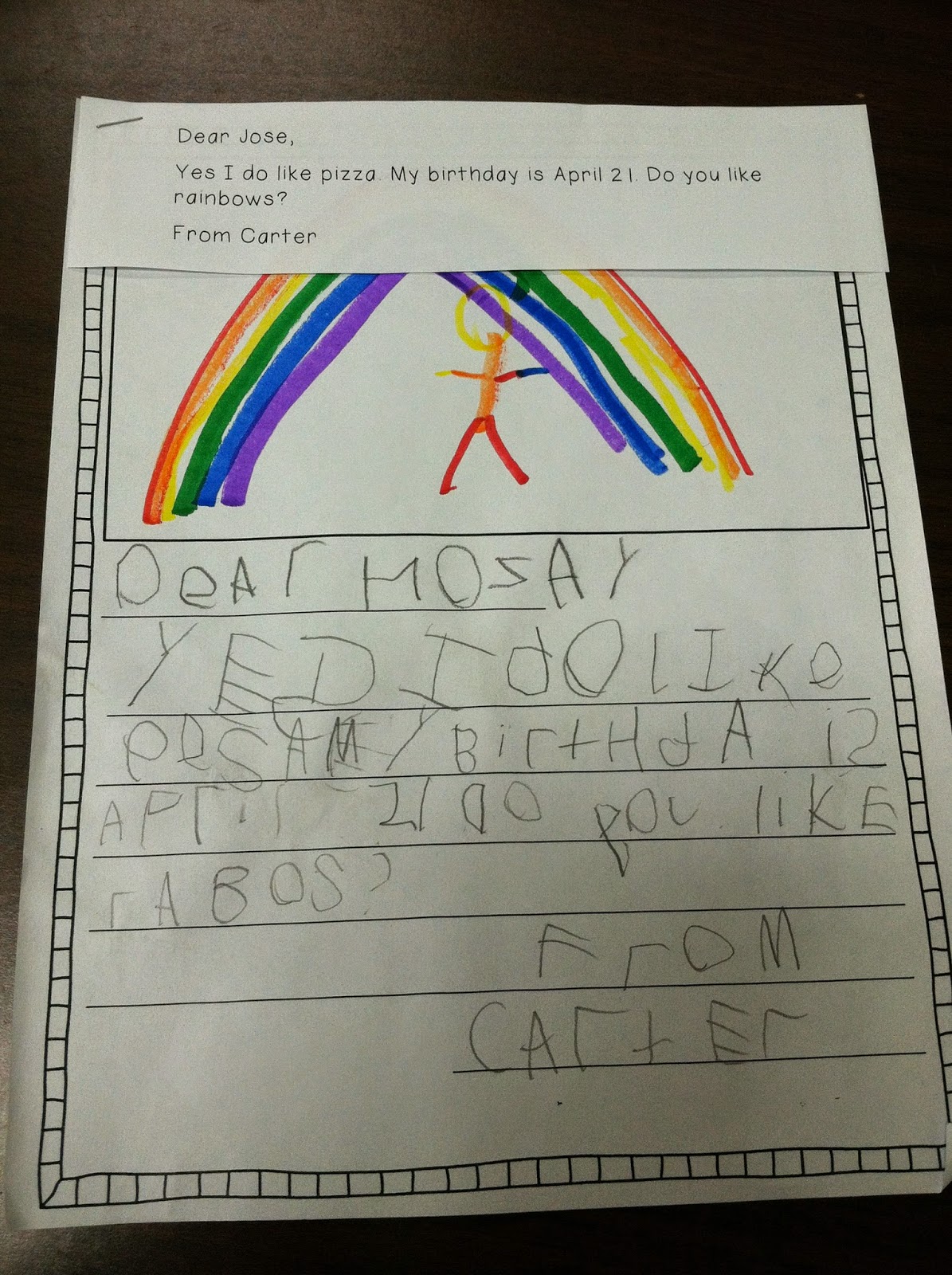 Bug Races
We got pillbugs (aka roly polys) for the classroom! After passing them around the circle and studying their features, we broke into small groups and had bug races. The track had to be in a circle because roly polys don't exactly walk in a straight line on command... 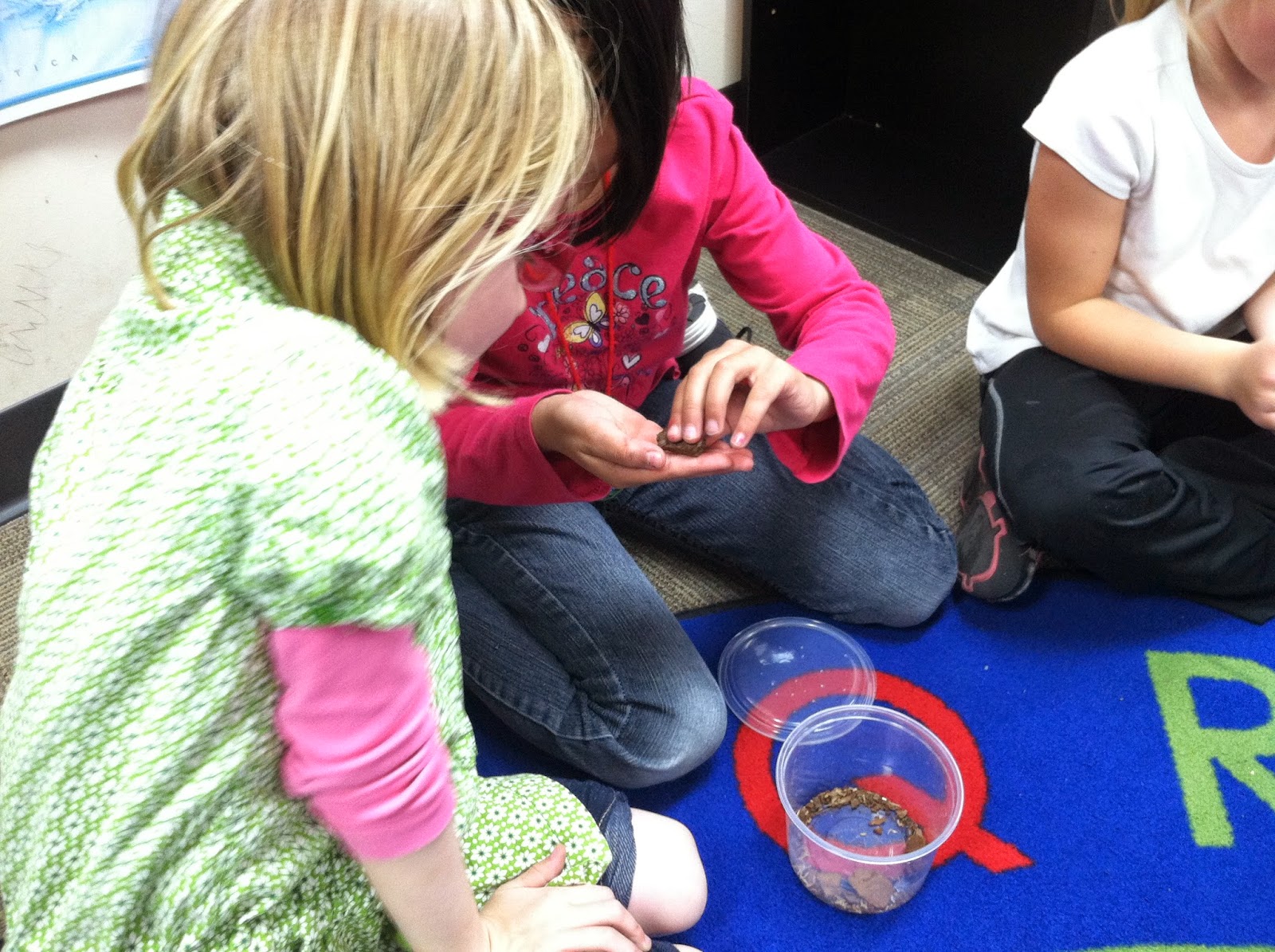 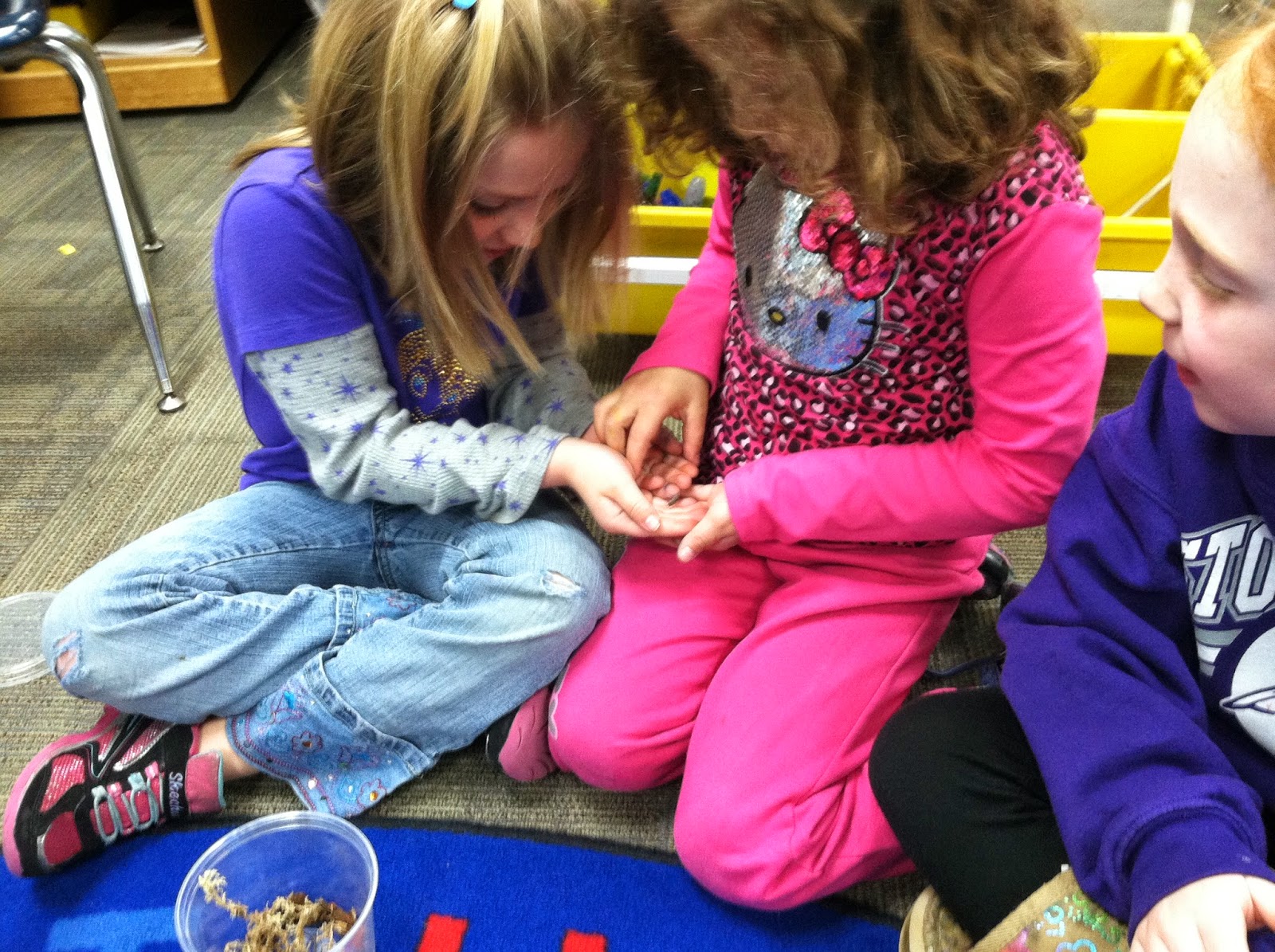 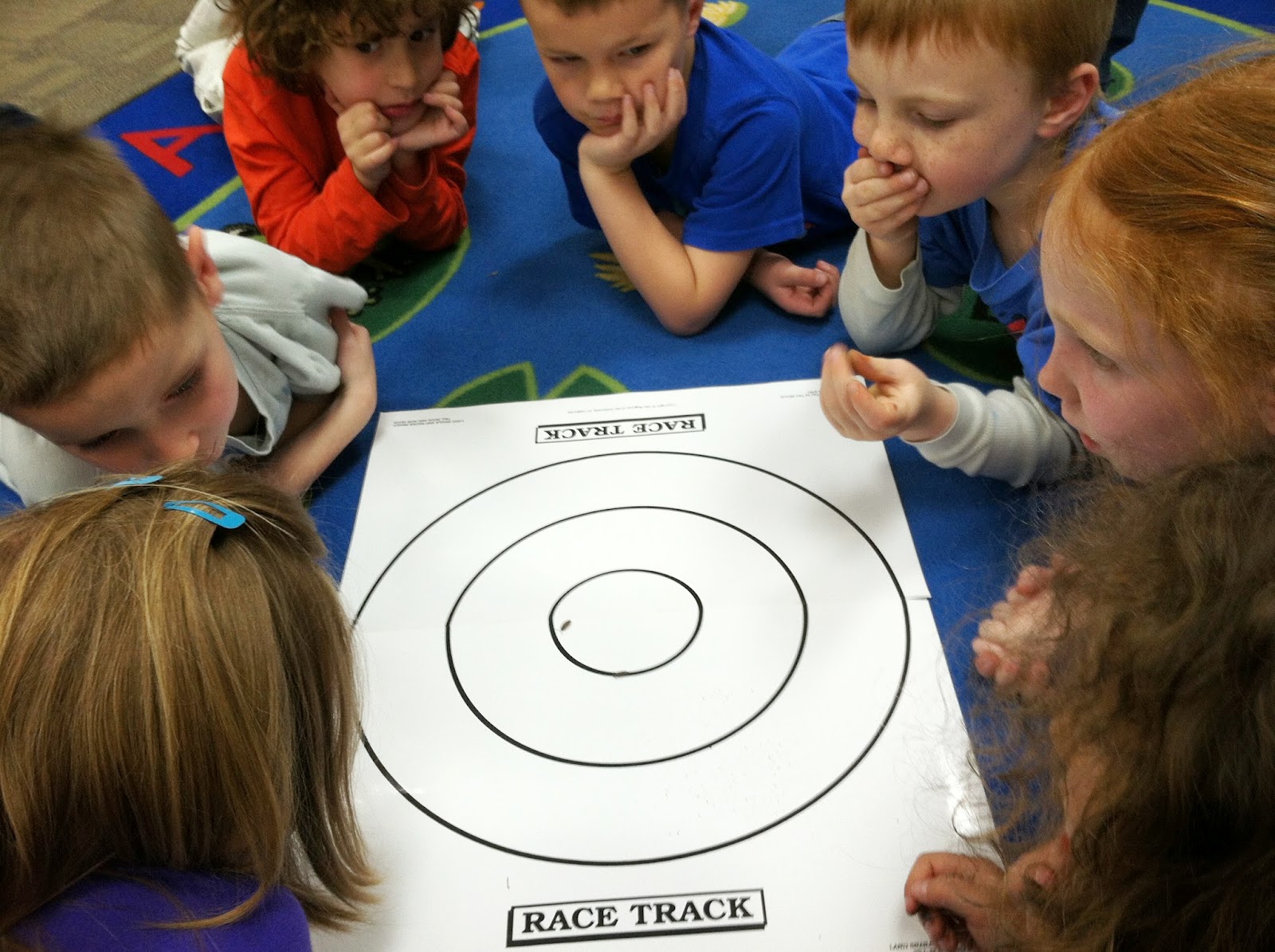 What do plants need to grow?
After studying bugs, we moved onto a mini plant unit. We did seed art, played in soil at the sensory table, and grew radish seeds. We also did an experiment to see what would happen if we planted seeds and deprived them of water, sun, soil, air, or space. The results were conclusive that these are the five things a plant needs to grow! 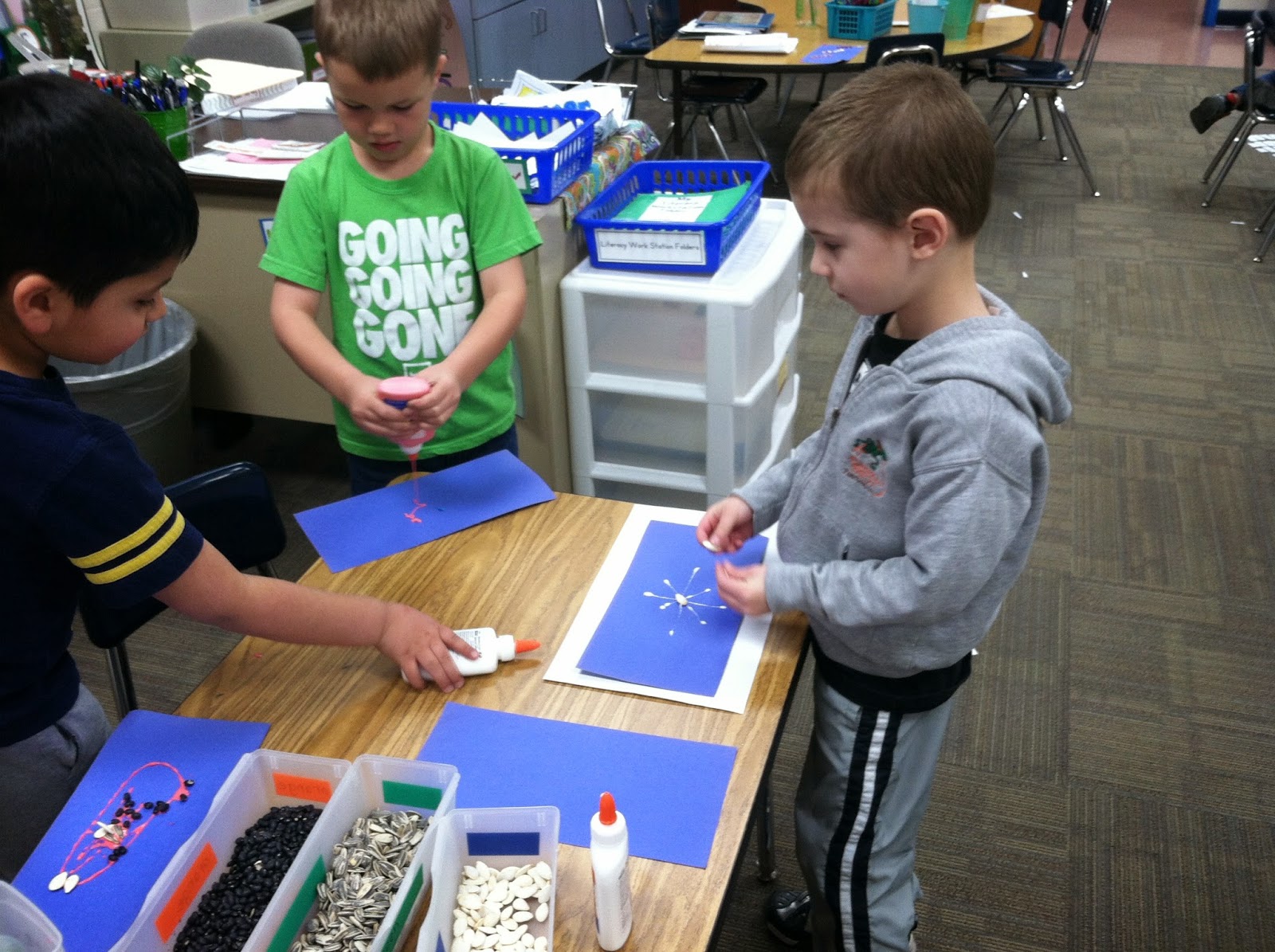 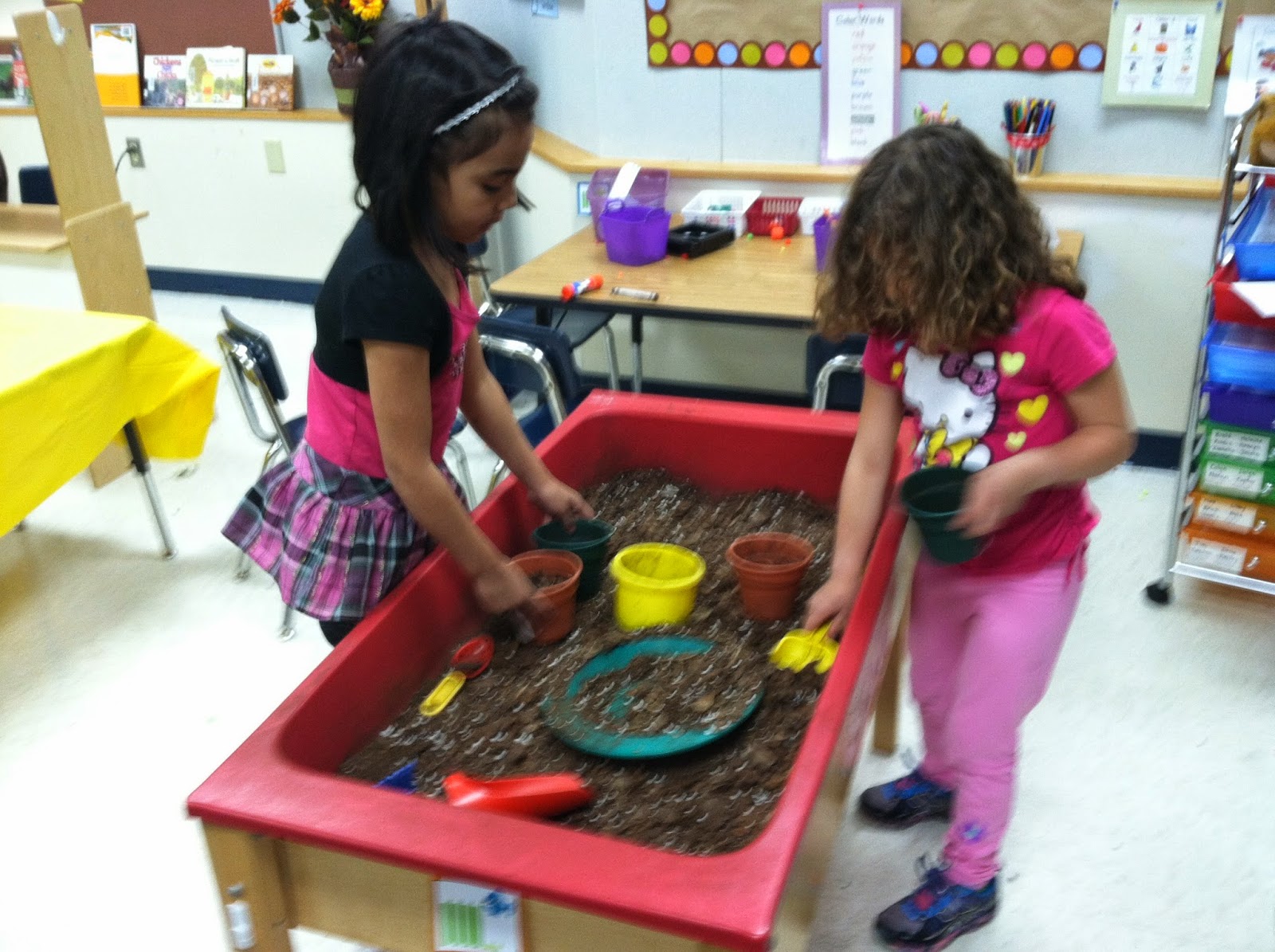 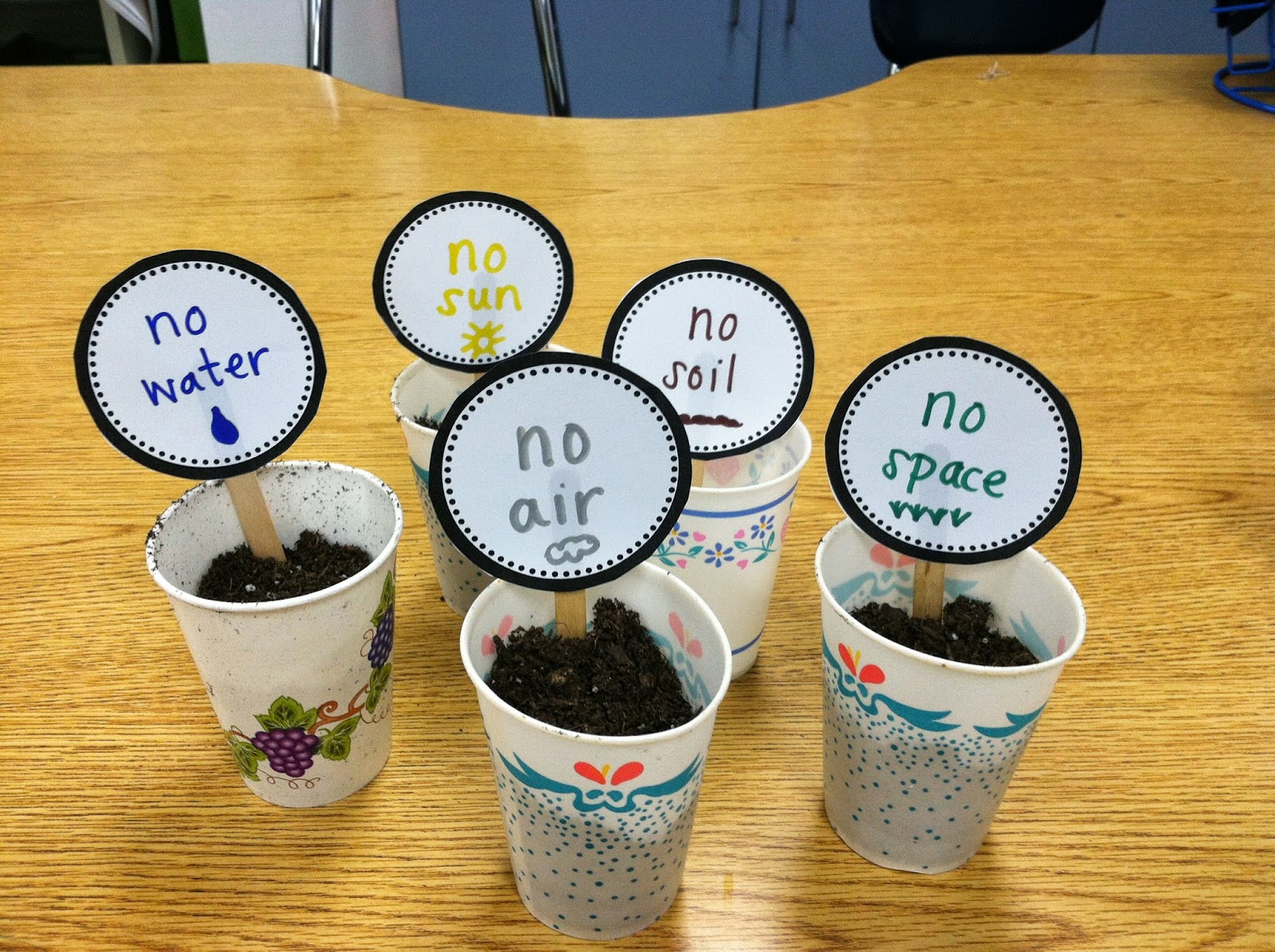 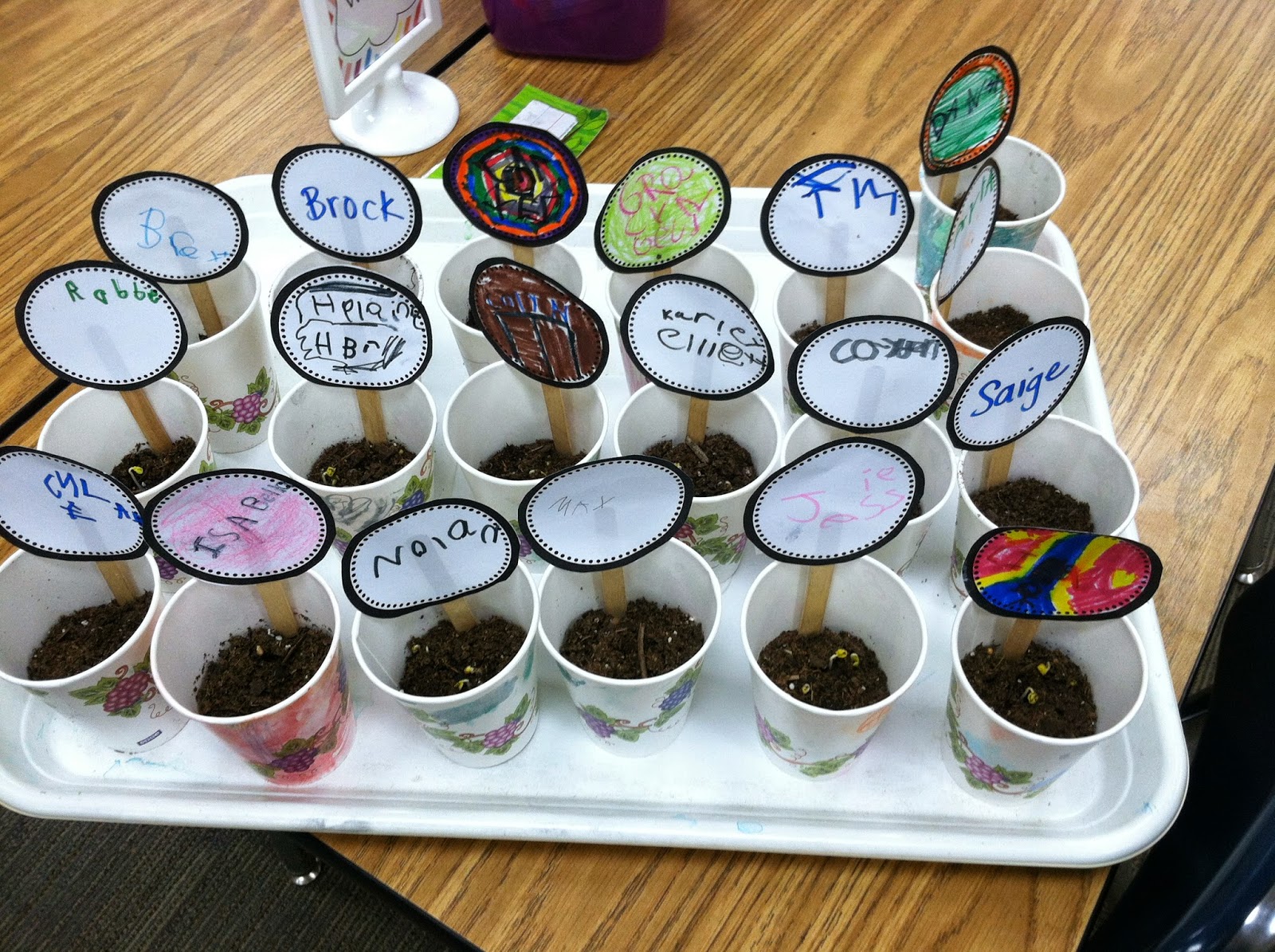 Slushee Party
Our school has a positive behavior incentive system where students earn tickets for positive behavior and can exchange them for prizes or coupons. One of the biggest prizes available is a slushee party, but it costs 200 tickets! Kindergarteners typically earn no more than two or three tickets a day (not because they aren't behaving well, just because it's hard for teachers to stop and write the tickets in the hectic schedule!). So we decided to COMBINE our tickets and purchase a slushee party together. This was an awesome experience for counting to higher numbers, since I had the kids keep track of how many tickets they had in total. We used a hundred chart to track how many were collected. When two charts were filled up, we got to celebrate with slushees! 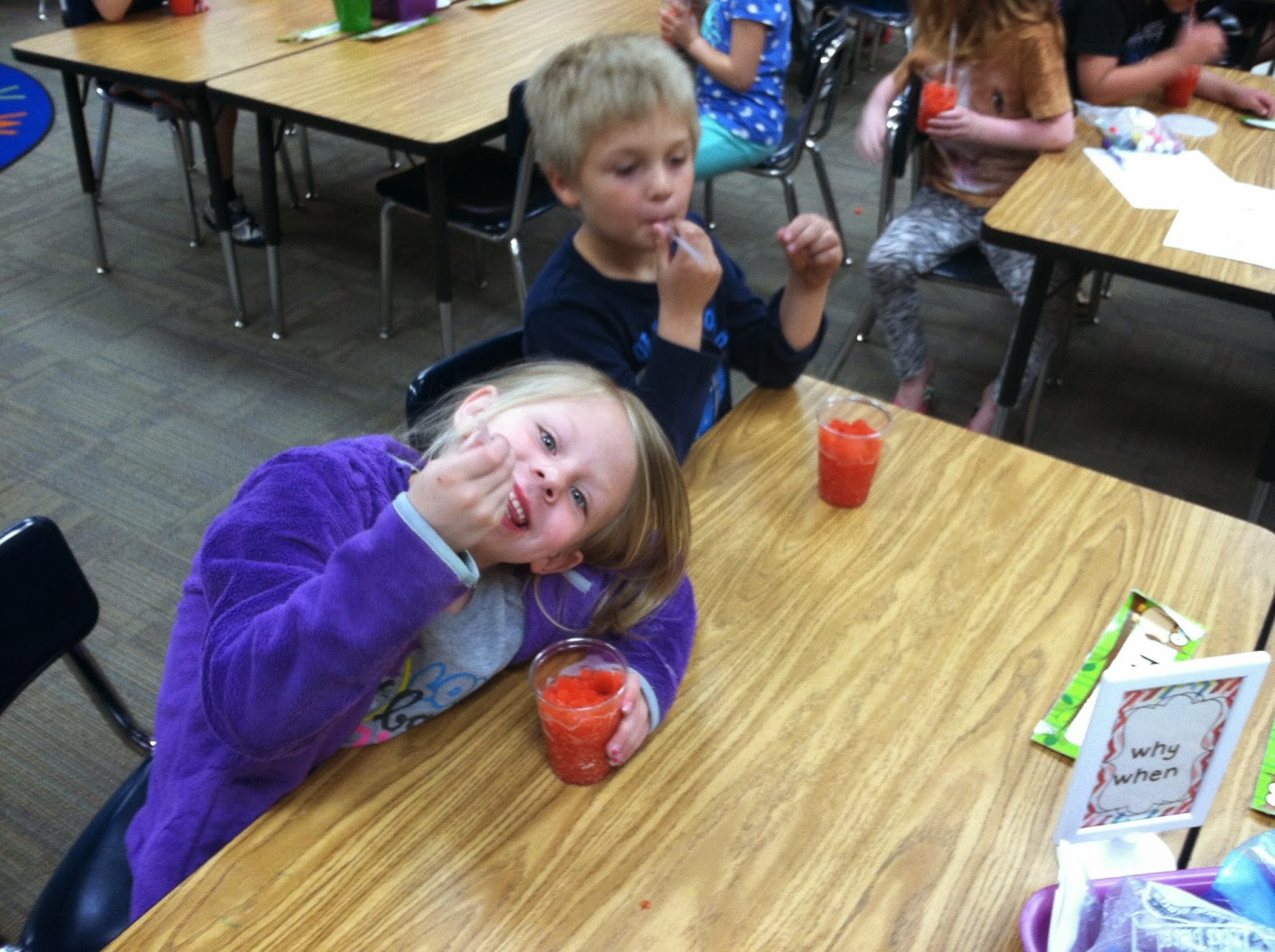 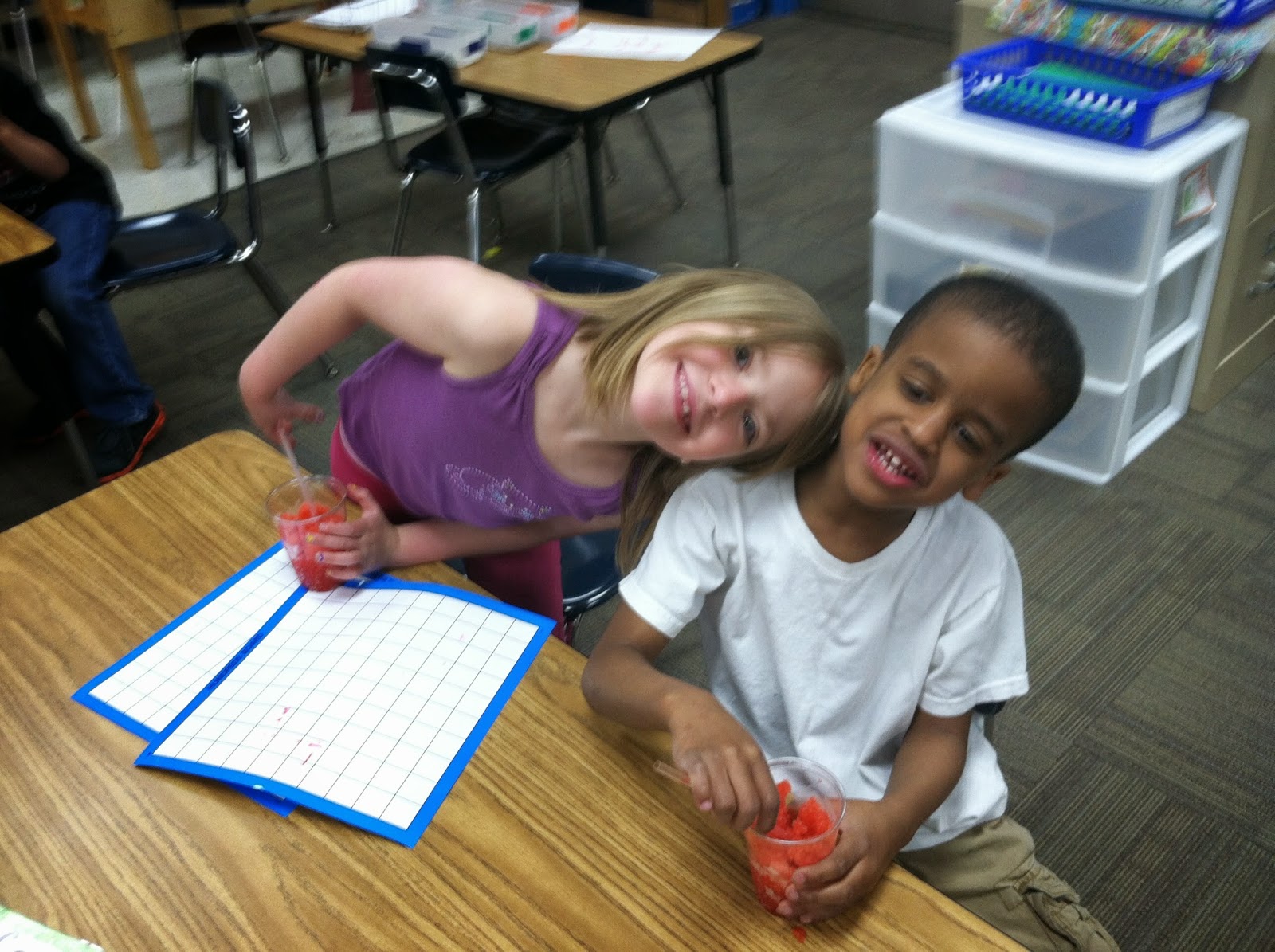 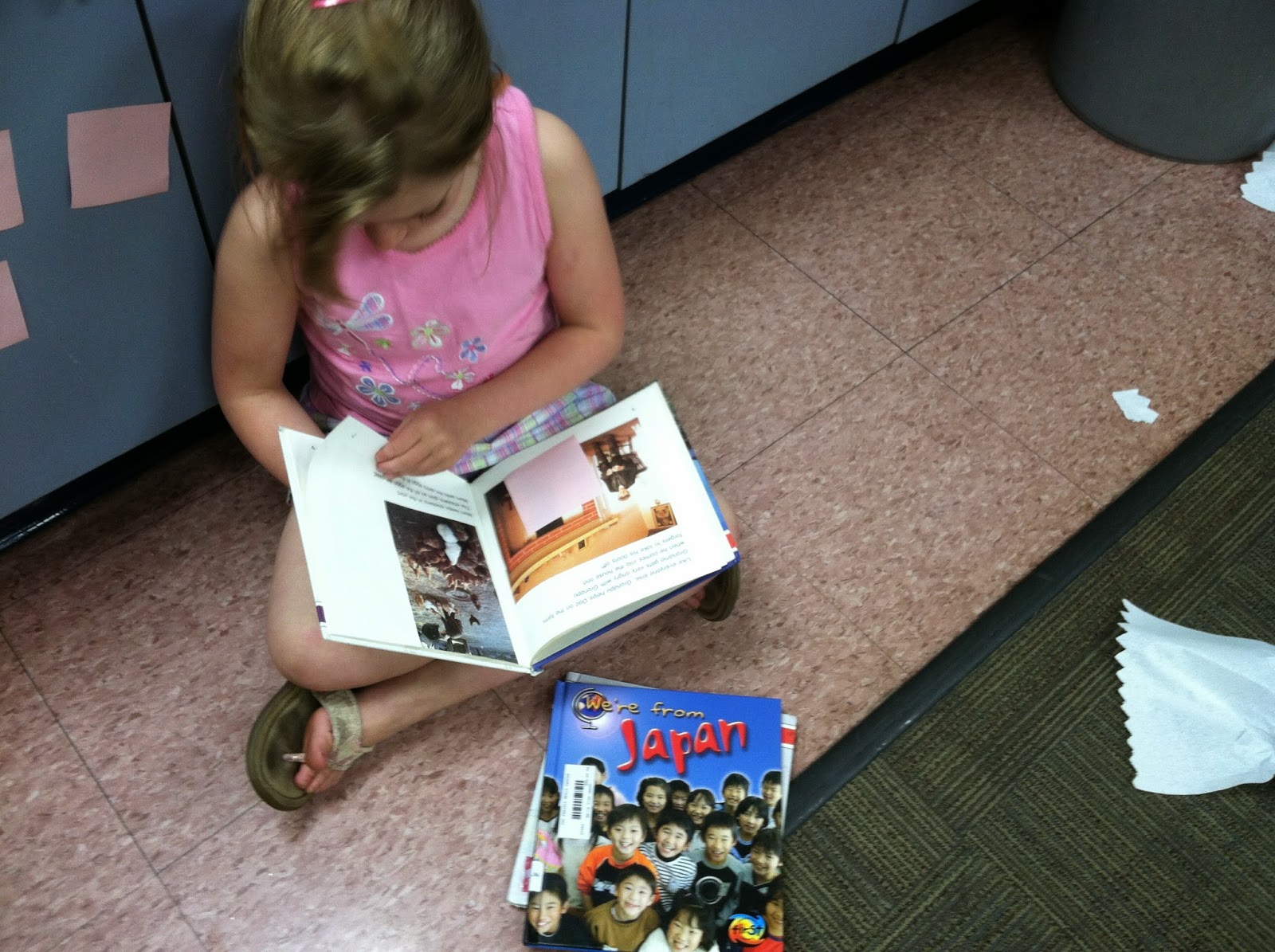 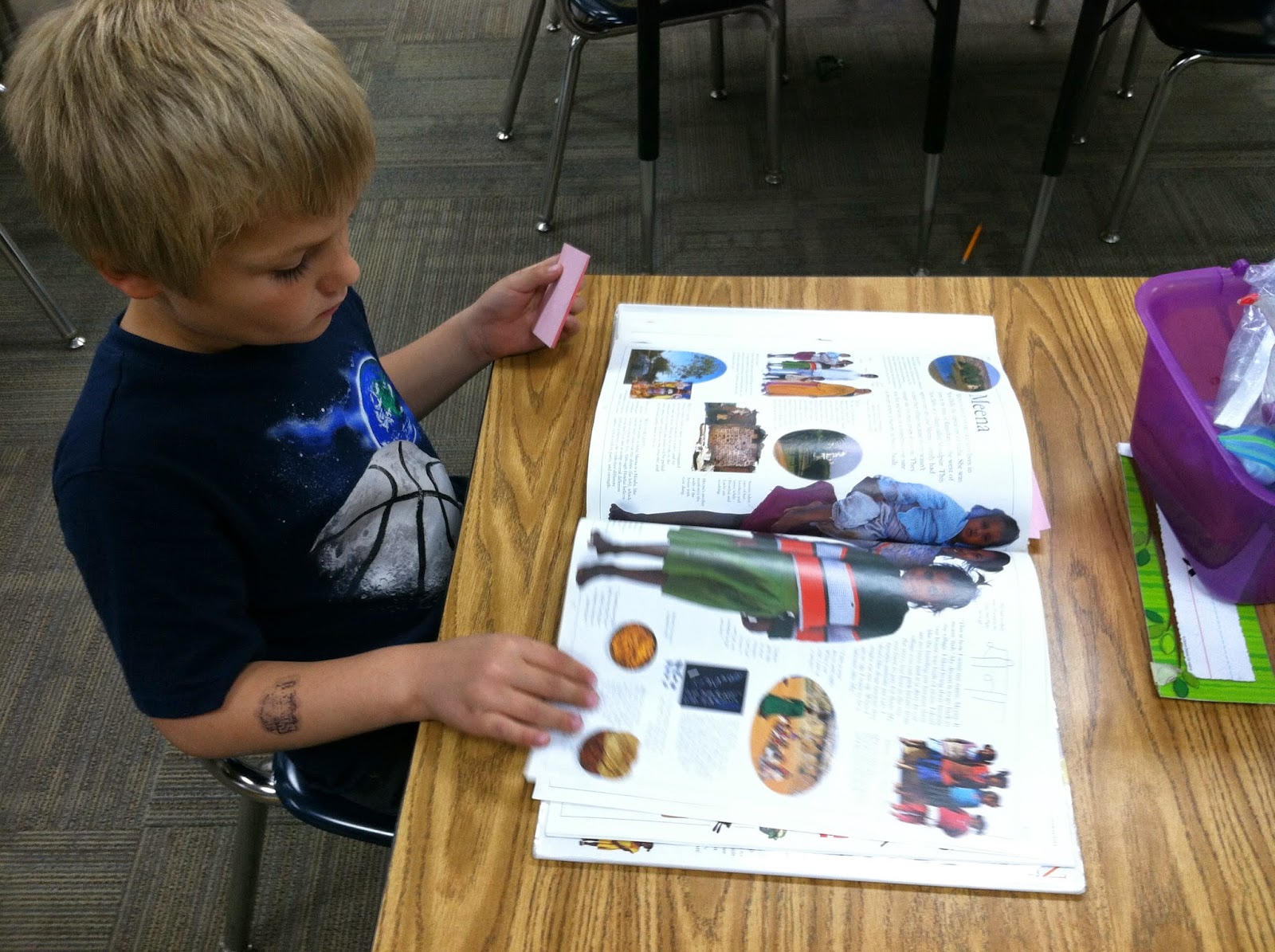 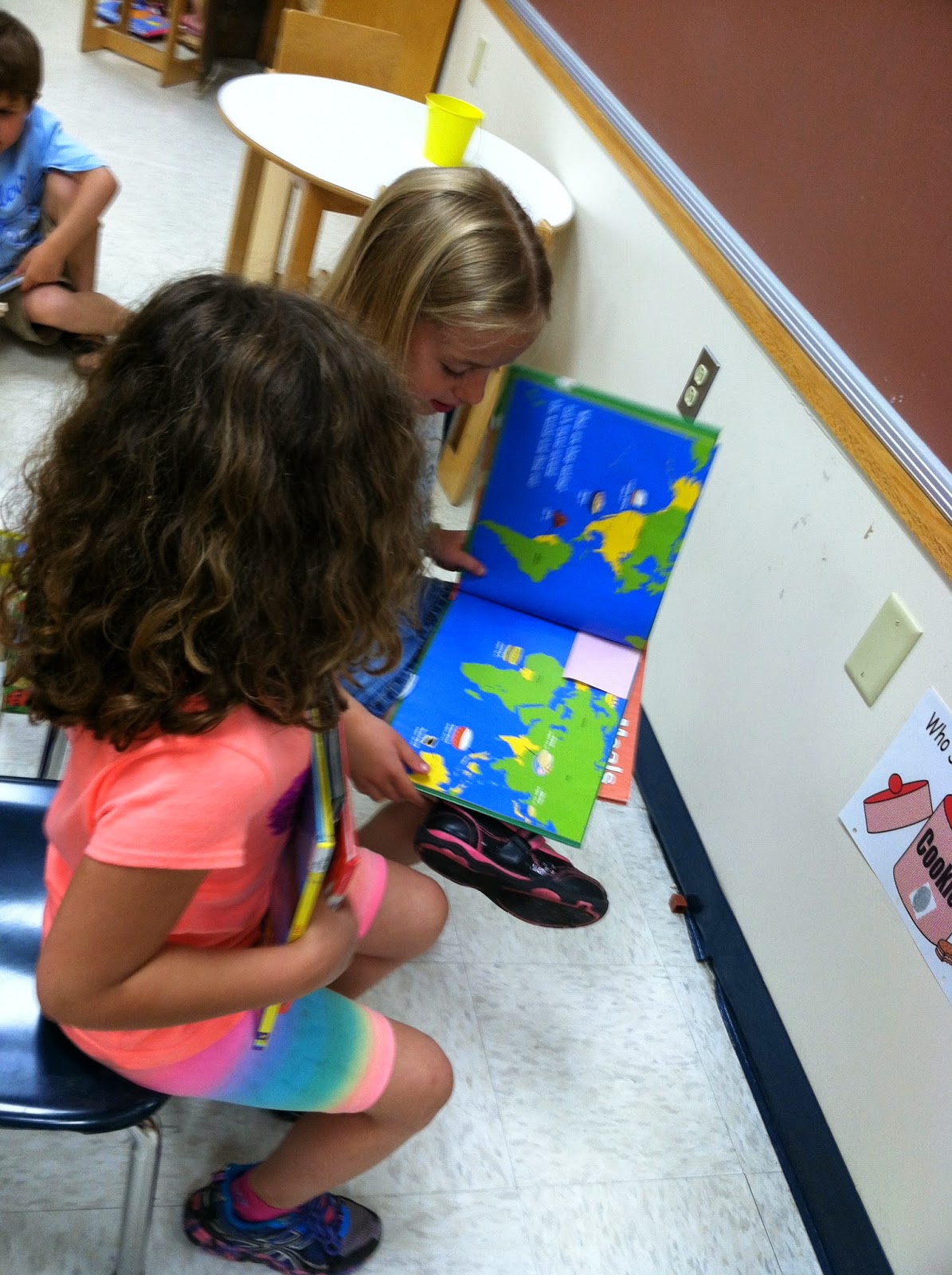 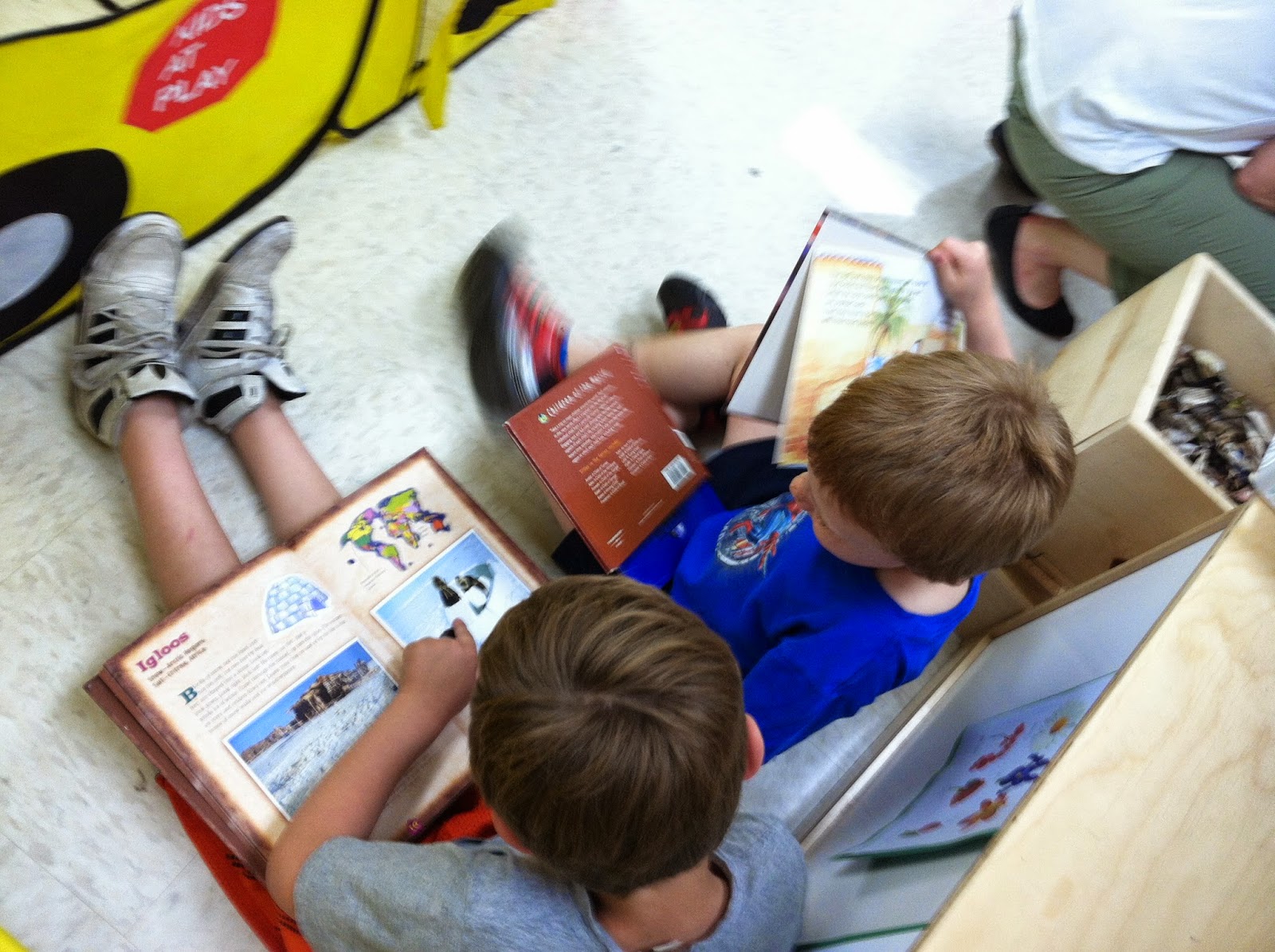 Playing doctor
We've also had lots of fun in the dramatic play area of the classroom! Here they are playing with a doctor toy set. This would have kept them busy for hours if I could have let it go on. They love pretend play like this! 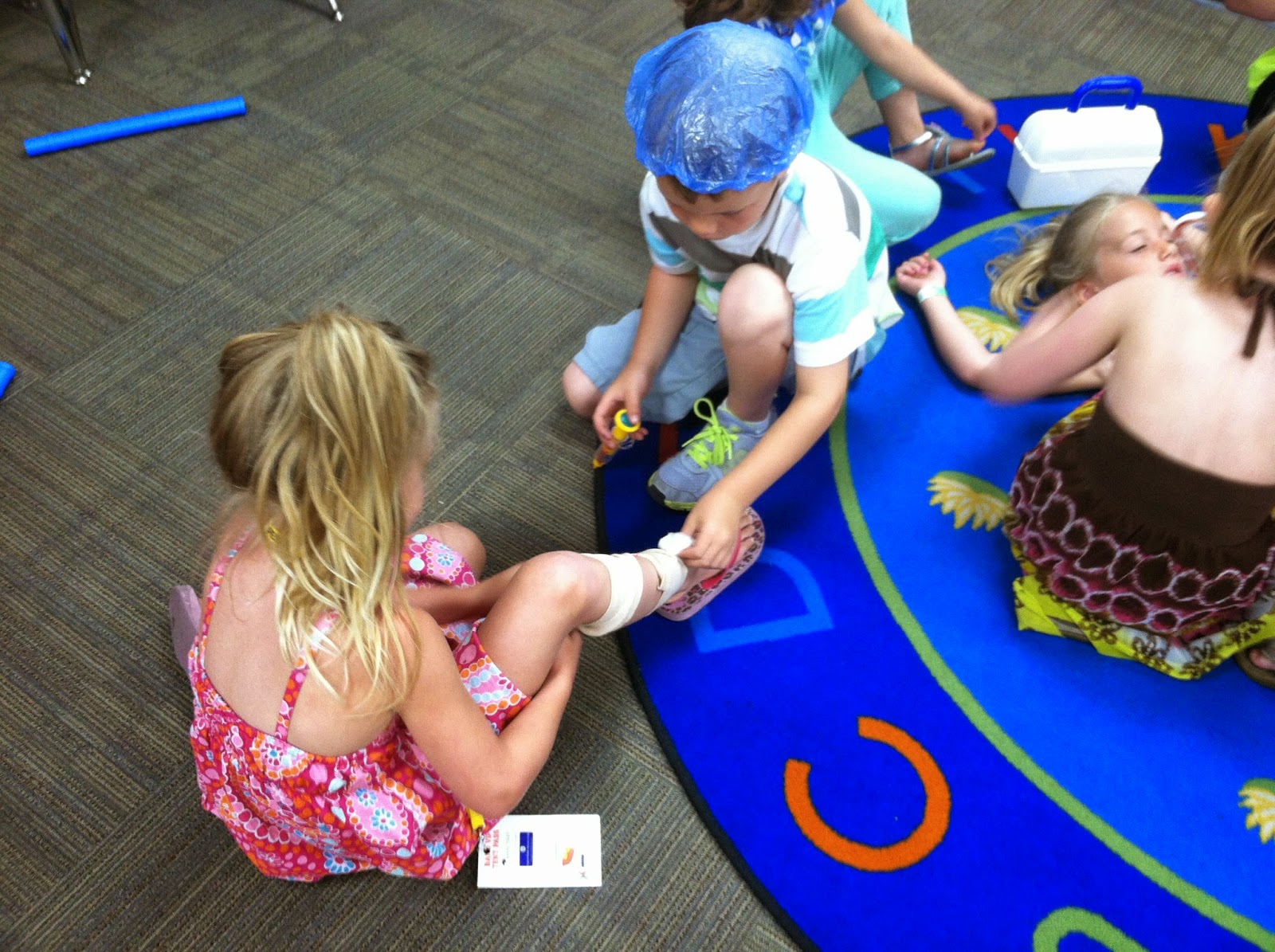 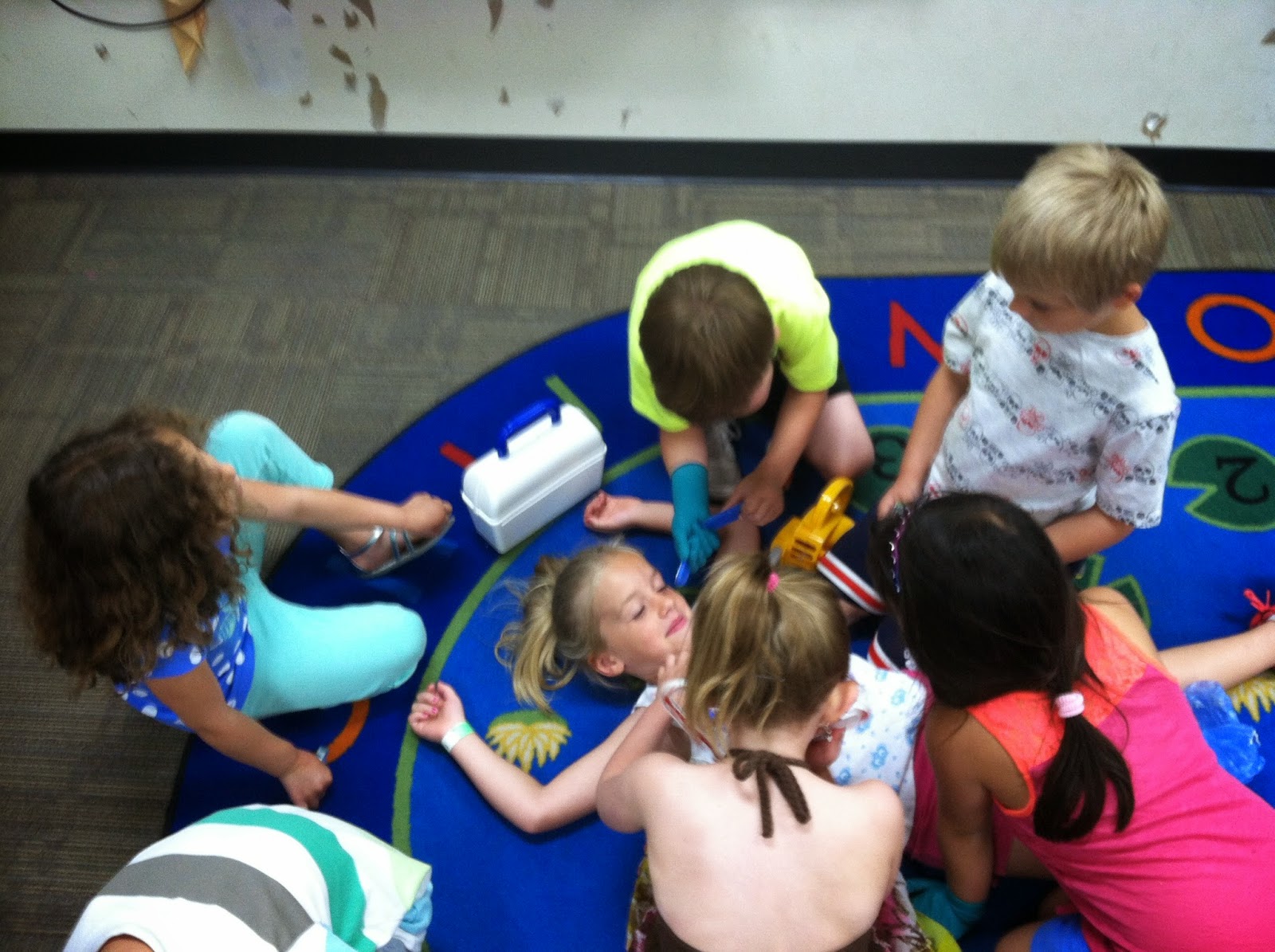 Special guest: The amazing airbag
One of our students' dad owns an auto shop, and he came to give us a demonstration on how an airbag works. It was amazing to see how quickly and loudly it exploded! He reminded us of the importance of not sitting in the front seat, and of wearing your seatbelt. 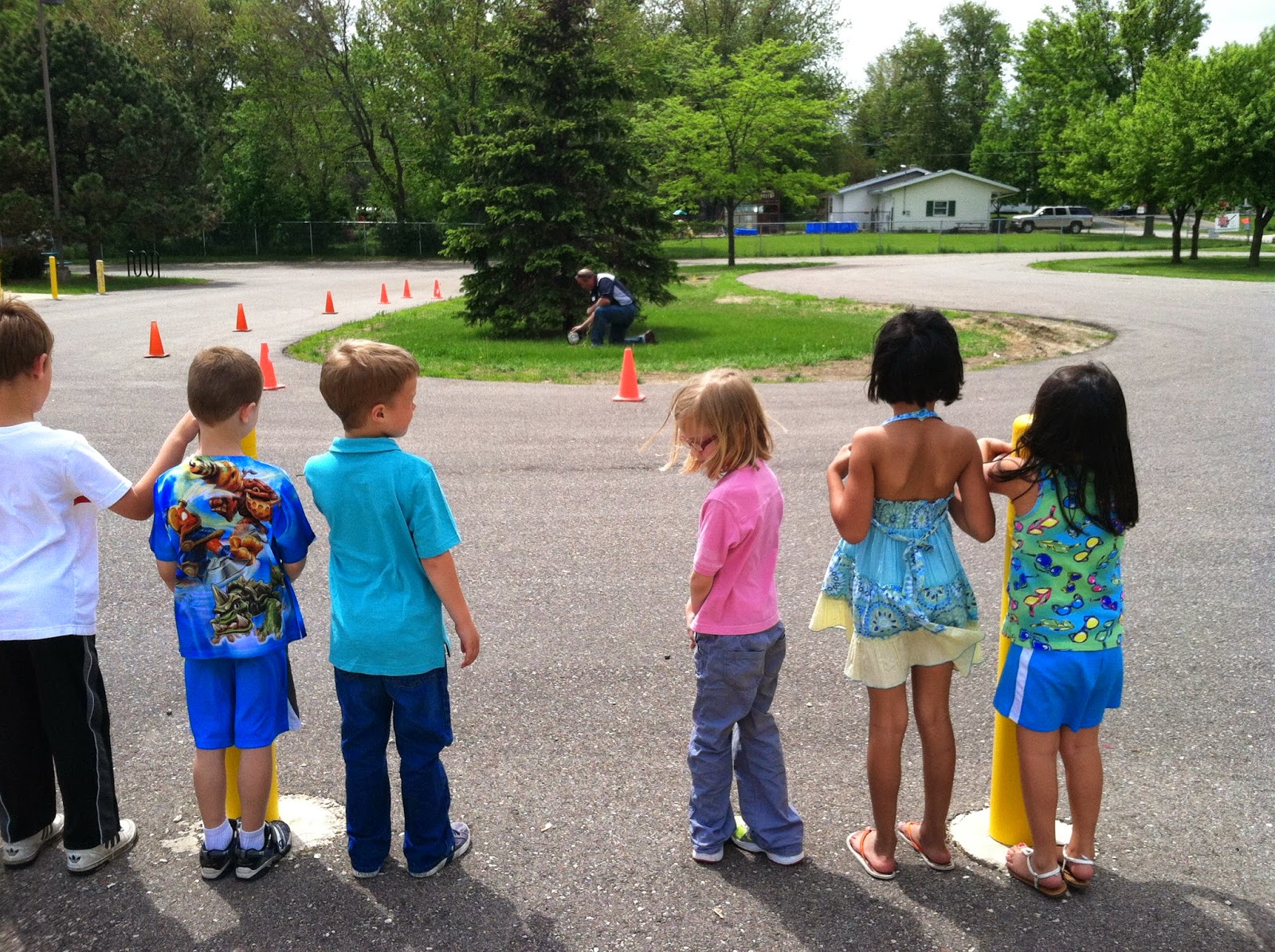 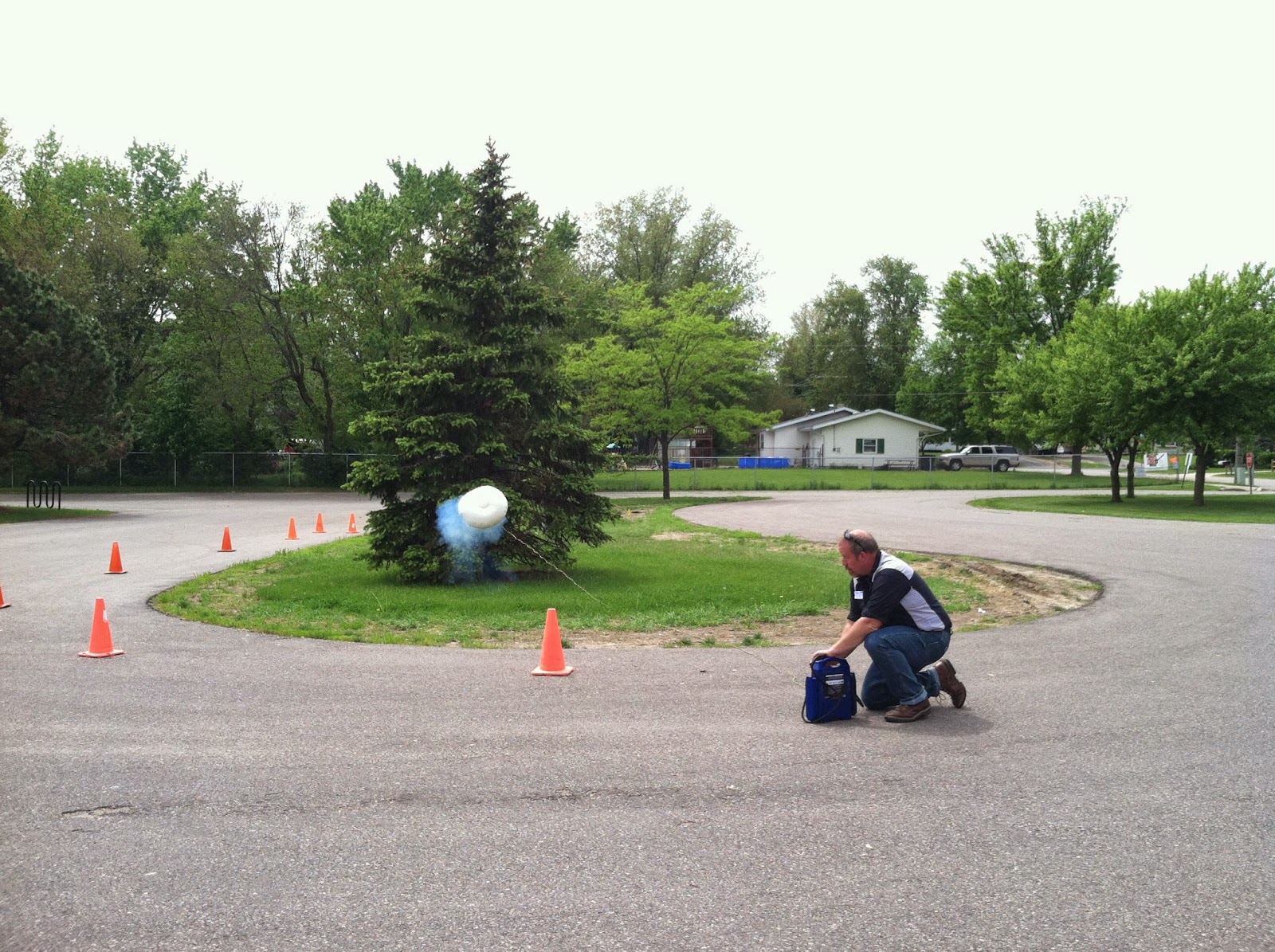