Another catch-up post to let you know what we've been up to lately! Spring time always brings lots of activities and events, so here are a few I haven't posted yet.

Quite a while ago we had a fun visit from the police department to teach us about canine dogs in the police force! The dog's name was Boris and the policeman was Officer Wilson. The kids really learned a lot and wrote some sweet thank you notes :) 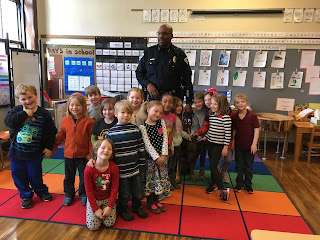 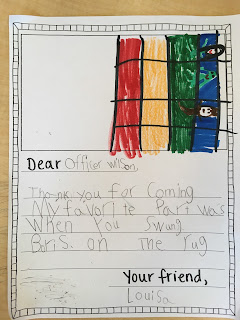 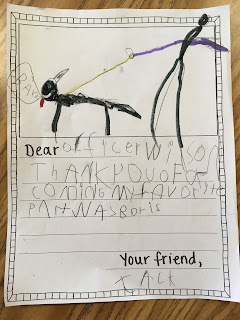 Speaking of special guests, we've also had the local farm-to-school group come to on a weekly basis to teach about healthy eating and where your food comes from. So far, the class has learned about how different colored foods affect different parts of your body, how worms can help compost food, and the parts of a plant that we eat. They also bring a new healthy snack each week, and the kids have been practicing taking an "adventure bite," to give new foods a try. So far the favorite has been carrots with honey mustard on top. 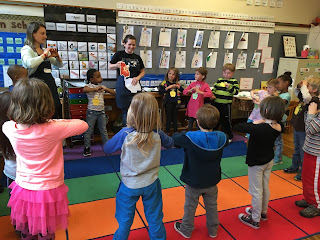 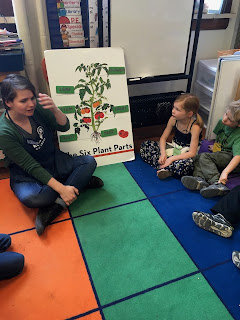 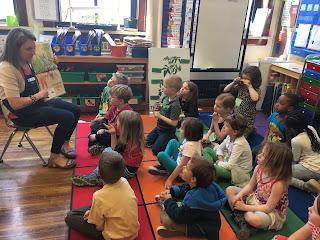 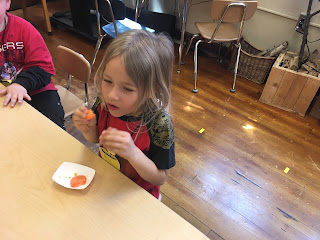 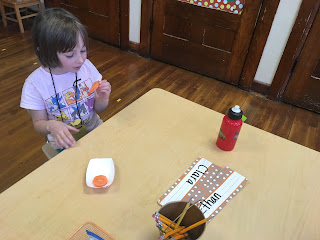 We also had one of our classmates depart for another state this month which was bittersweet. :( His family donated this fascinating world map: 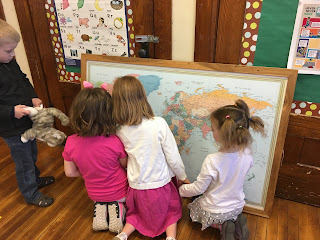 And everyone wrote heartfelt goodbye letters: 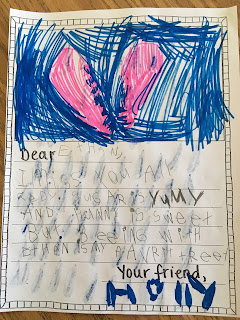 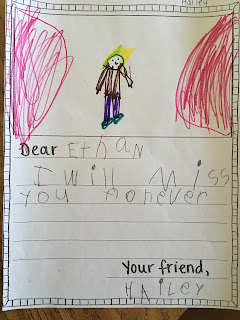 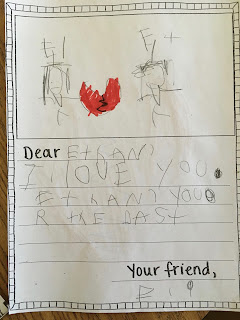 For Forest Friday last week, we went on a nature scavenger hunt through the forest and school grounds. We even visited the new garden space! 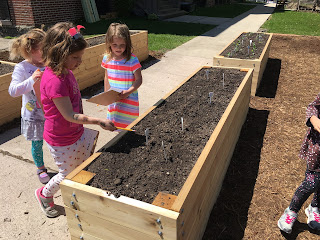 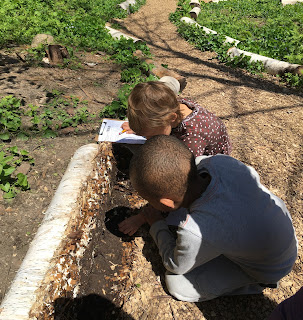 And this week we spotted the resident mallard duck who has been visiting the forest! She's hard to spot in the photo on the ground, but she was a big hit during recess. 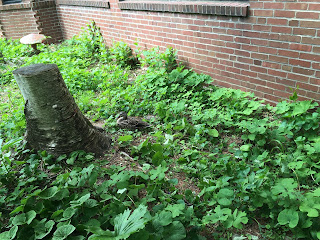 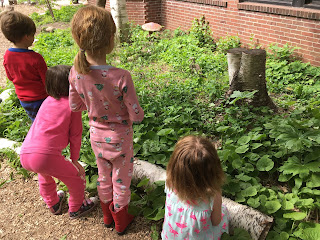 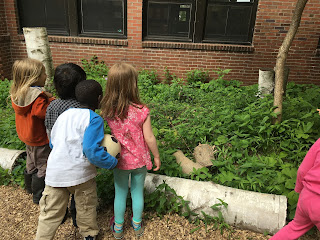 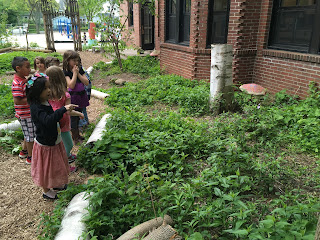 We've also been doing lots of new math games and lessons. Below are some photos of an addition game in which students had to draw three cards and add up the number of dots on each card, and then write a number sentence to go with. Many kids opted for the "challenge round," which included cards that went up to 10! It showed courage and confidence in their math skills and I was really proud! 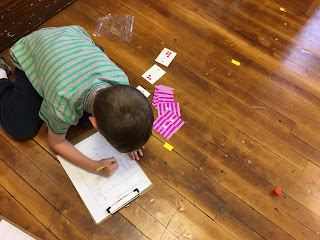 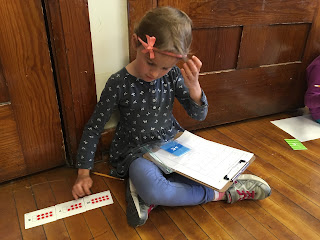 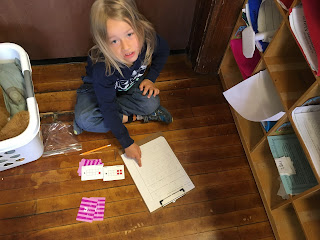 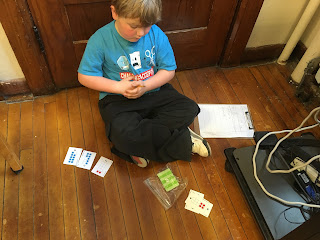