Sometimes I feel like sharing one blog post a week isn't frequent enough, considering how much we learn and do in one week! I take many more pictures than I ultimately share on the blog, and sometimes can't decide which of the projects and lesson to highlight! This week I'll talk a bit about two different topics - math and maps.

Math
In math we've been learning lots of new concepts, and reviewing old ones as well. Last week and this week we'll focus on shapes, both 2D (flat) and 3D. We've been playing games and having discussions that help kids identify shapes, and to really notice the attributes of each shape. For example, circles have no corners and no straight lines, while a triangle has three of each. We talk about how a triangle is a triangle no matter what angle you see it at (upside down, sideways, etc). We also talk about shapes we can find in the real world, such as a clock, a TV, a table. Below are some pictures of students sorting, counting and graphing a bag of shapes in the form of wooden blocks. 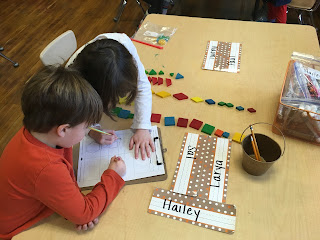 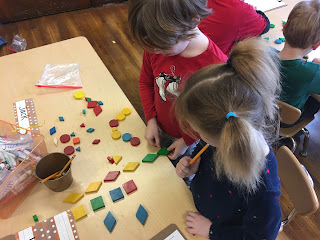 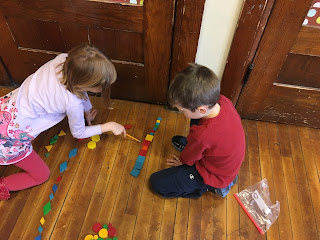 A few weeks ago we did a little bit of learning about measuring, including how it's important to start from the beginning of the item you are measuring, and place your units of measure (ruler, foot, stick, cube) end to end with no space in between. 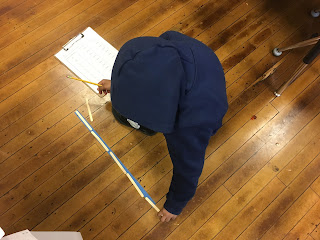 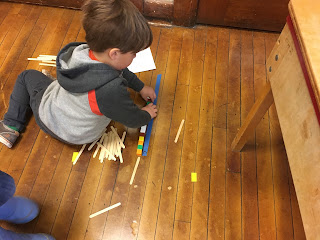 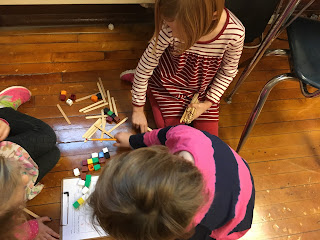 A few weeks ago we began to learn a little bit about money, and used our knowledge of nickels, which are worth five pennies, to practice counting on from the number five. Each day during math, we begin with a lesson that focuses on a new concept such as the ones described above, and then split into groups to play math games that review previous concepts. Also during game time the kindergarteners get a chance to play with blocks, dominoes, and other small materials that we call "manipulatives" that allow them to build, shape and create. We also do lots of story problems and counting during our Morning Meeting time. As you can see, each day is jam-packed with lots of math practice!

Maps - an Invitation to Create
We also have what is called an "invitation to create" each month. Generally I put set these up at the science table, but sometimes have them elsewhere in the room, like at the sensory table. I try to pay attention to ideas or concepts that students have demonstrated curiosity about, and use these to guide my set up. I also take into account the curriculum, what we've been doing in school lately, and any seasonal celebrations. This month's invitation to create revolved around maps, since our social studies curriculum includes a study of maps and how to use them to learn more about our community. Below are some pictures of the students creating their own maps, using both pen-and-paper maps and 3D objects! We will talk more about maps in the spring, when we make a map of our school and forest areas. 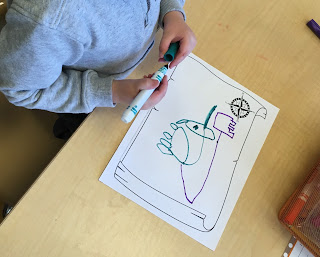 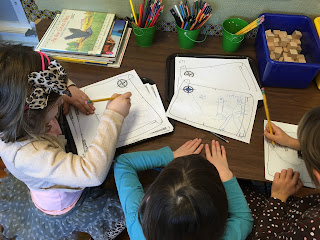 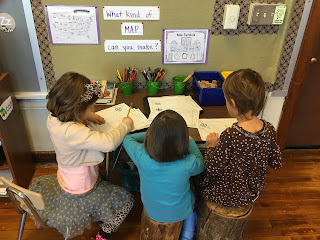 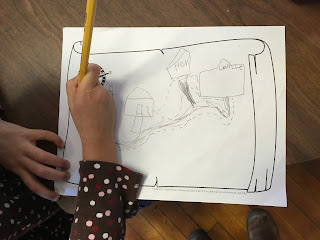 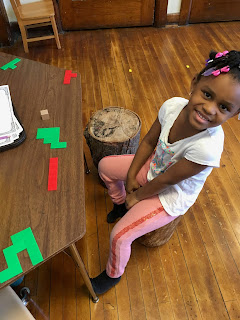 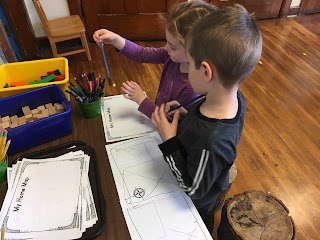