We've been studying teen numbers since the beginning of the school year. Teen numbers, which are the numbers 11 through 19, are particularly tricky for kindergarteners (and anyone new to the English language) because their names are confusing. For all the other double digit numbers, we say the name of the tens place first, e.g. "35" is pronounced thirty-five, since the three comes first, "62" is pronounced sixty-two since the six comes first, etc. But for numbers 11-19, you say the number in the ones place first! "Four-teen" actually means that a one comes first, instead of a four, like the name indicates. Since the names can be so confusing, it's important to spend a long time studying them.

We explore the teen numbers in many ways throughout the kindergarten year, so that everyone develops a good sense of what a teen number is by the time they reach first grade. Here are some of our explorations! 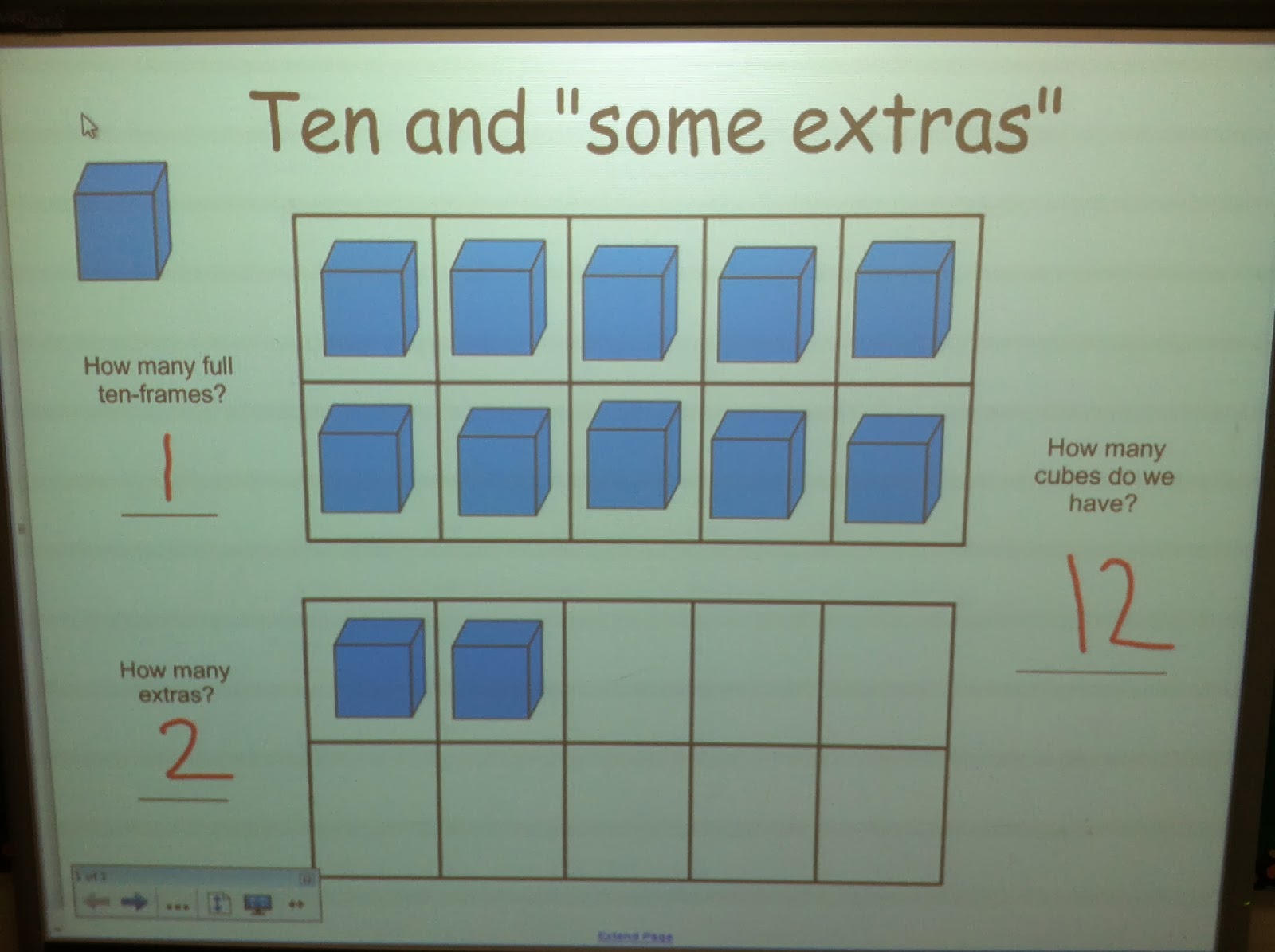 Snowman Punch
Each set of snowmen displayed a teen number. The kids had to find the right number written next to the snowmen, and use a hole puncher to punch the right one! Let me tell you, learning to use the hole punch was way more challenging than finding the right teen number. 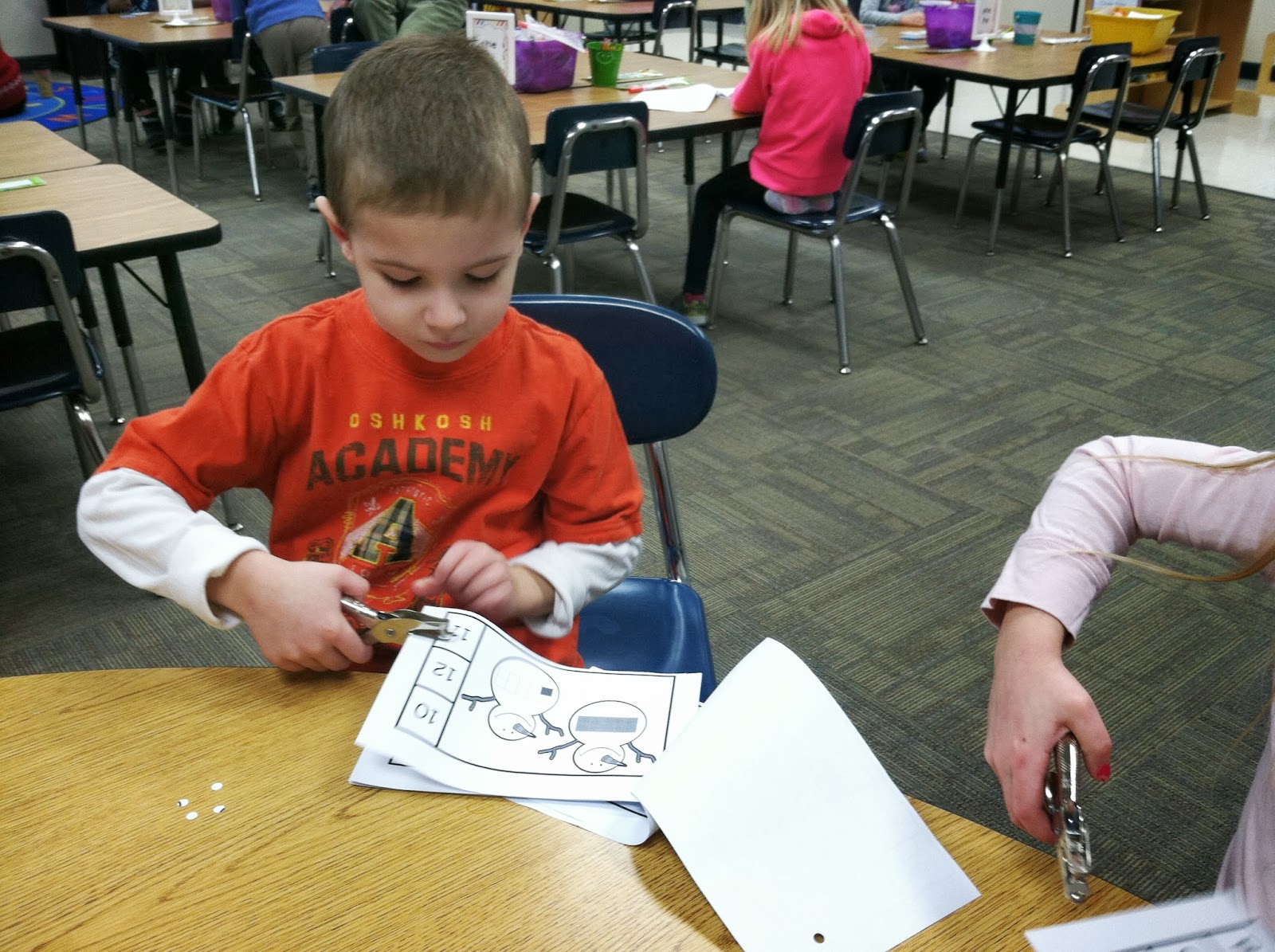 Teen Number Match Up
Each kindergartener was given a teen number, represented either in digits or ten frames. They then had to roam around and find their partner who had the same number. 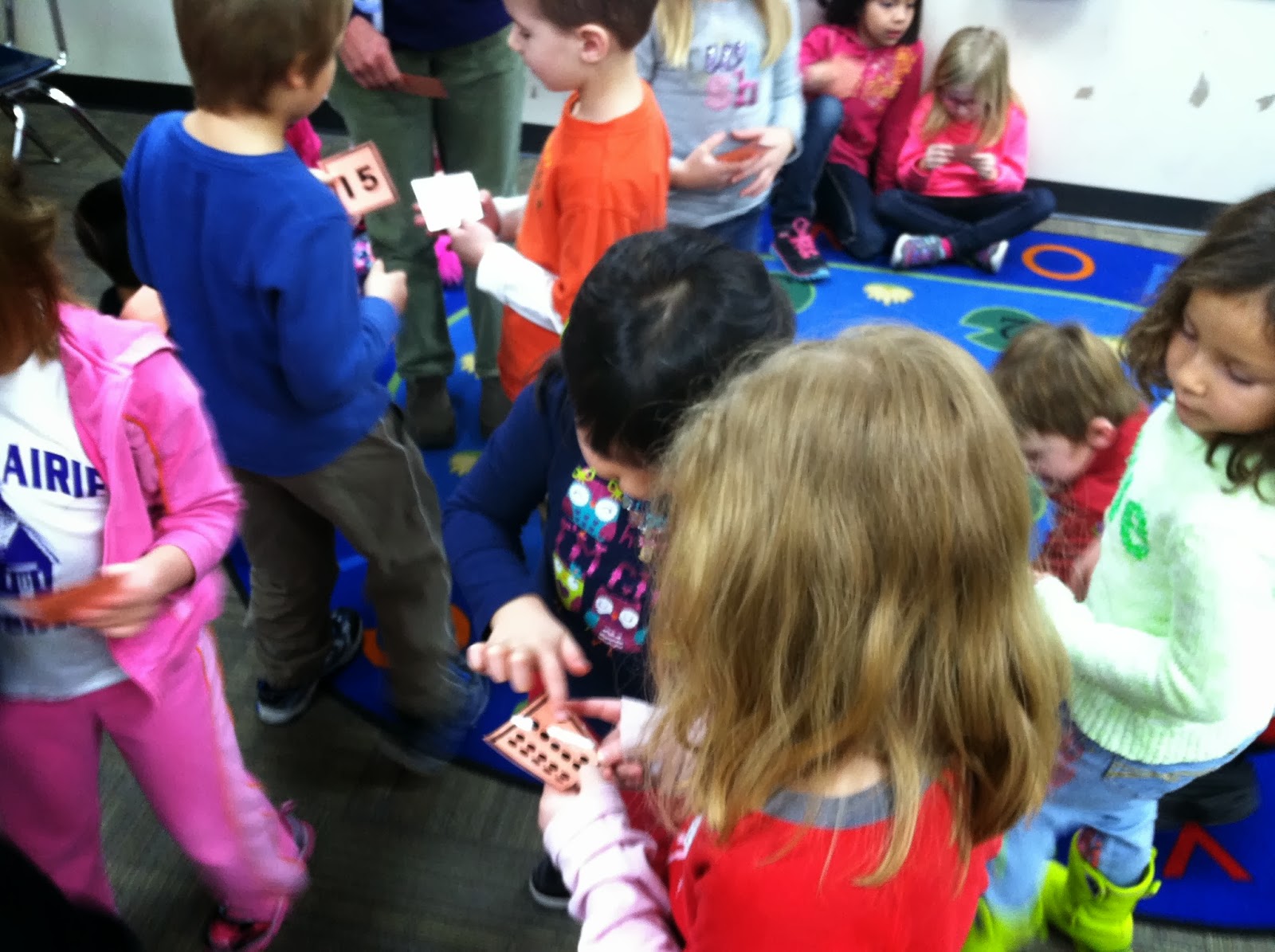 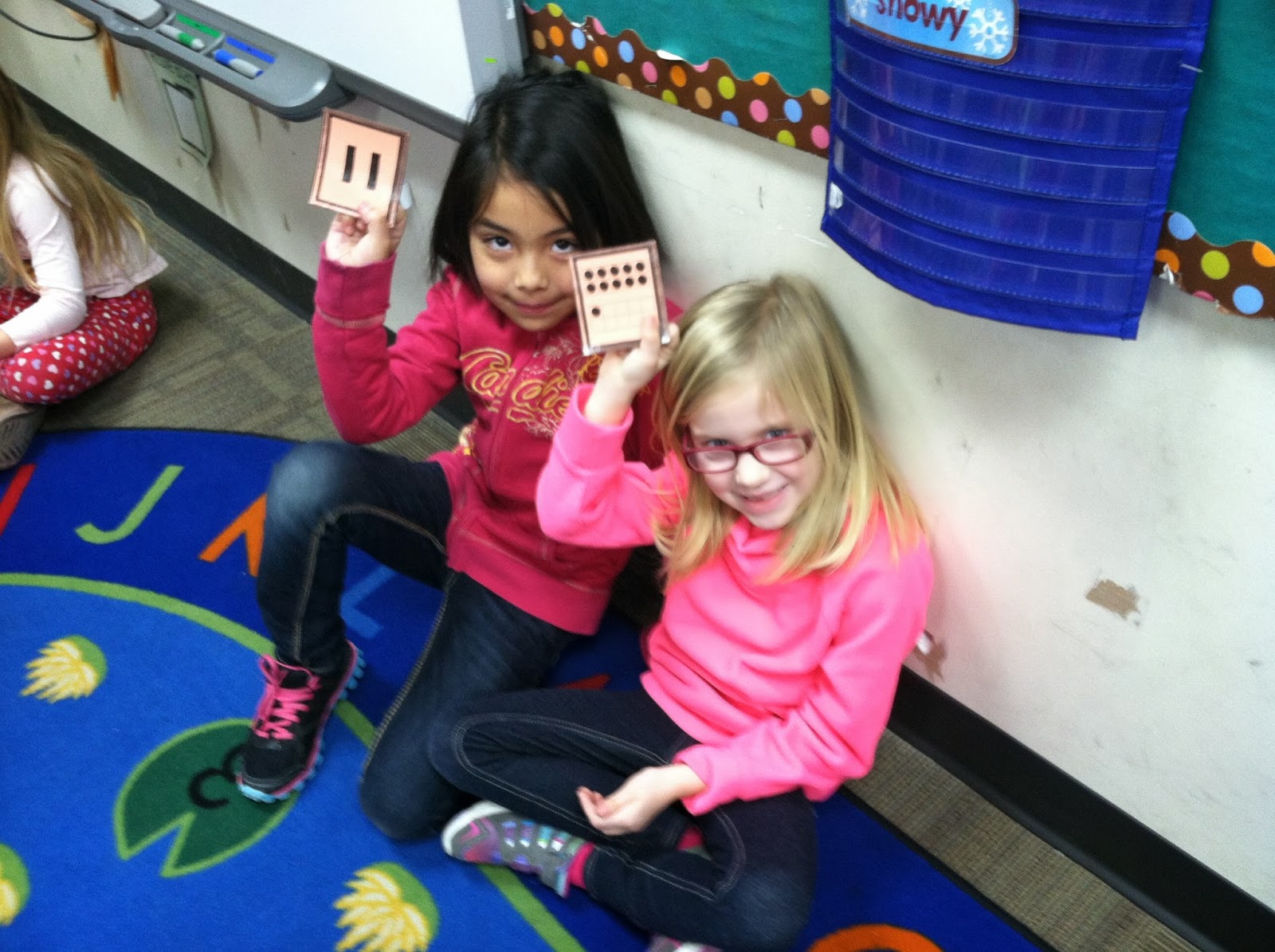 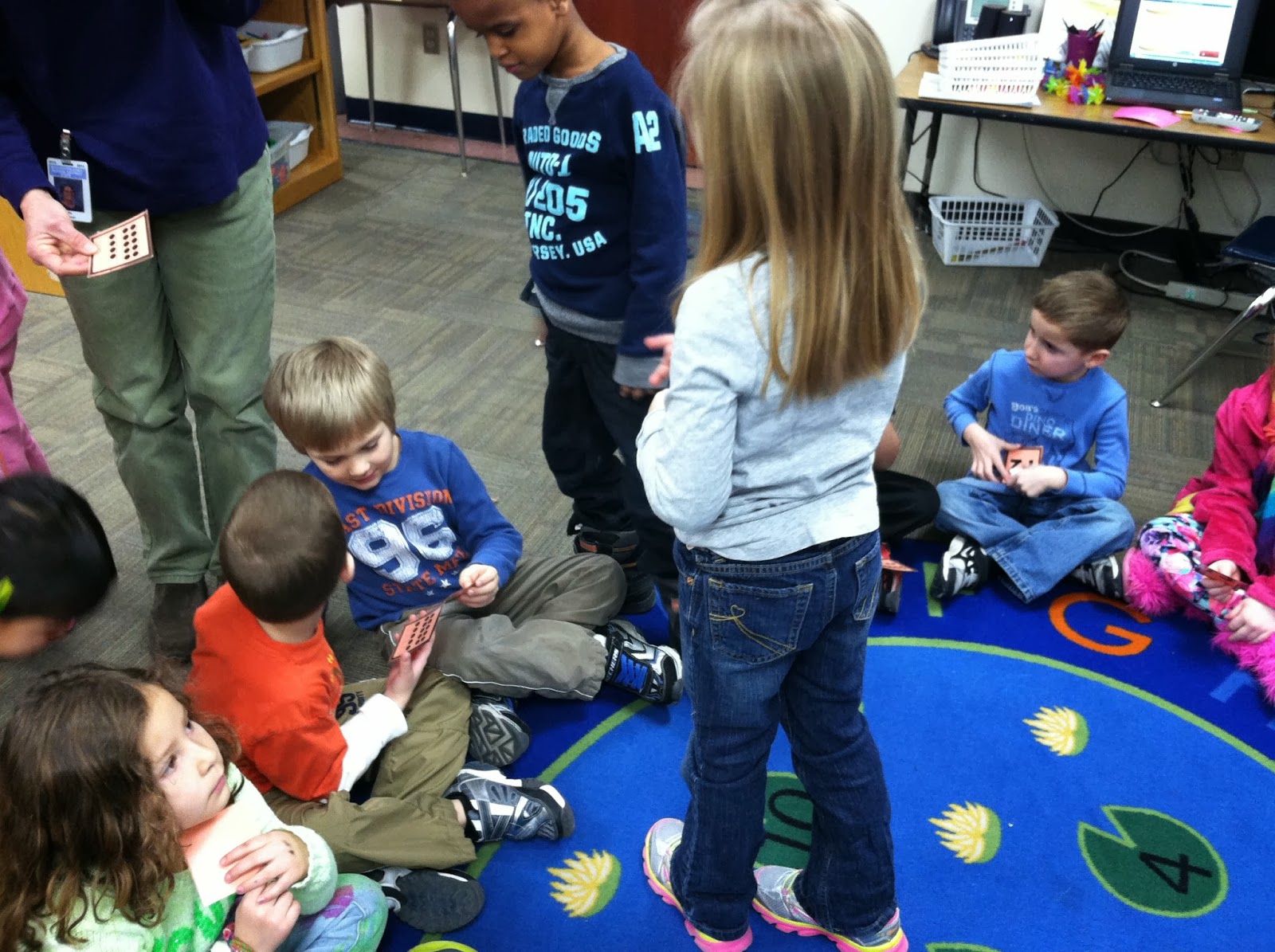 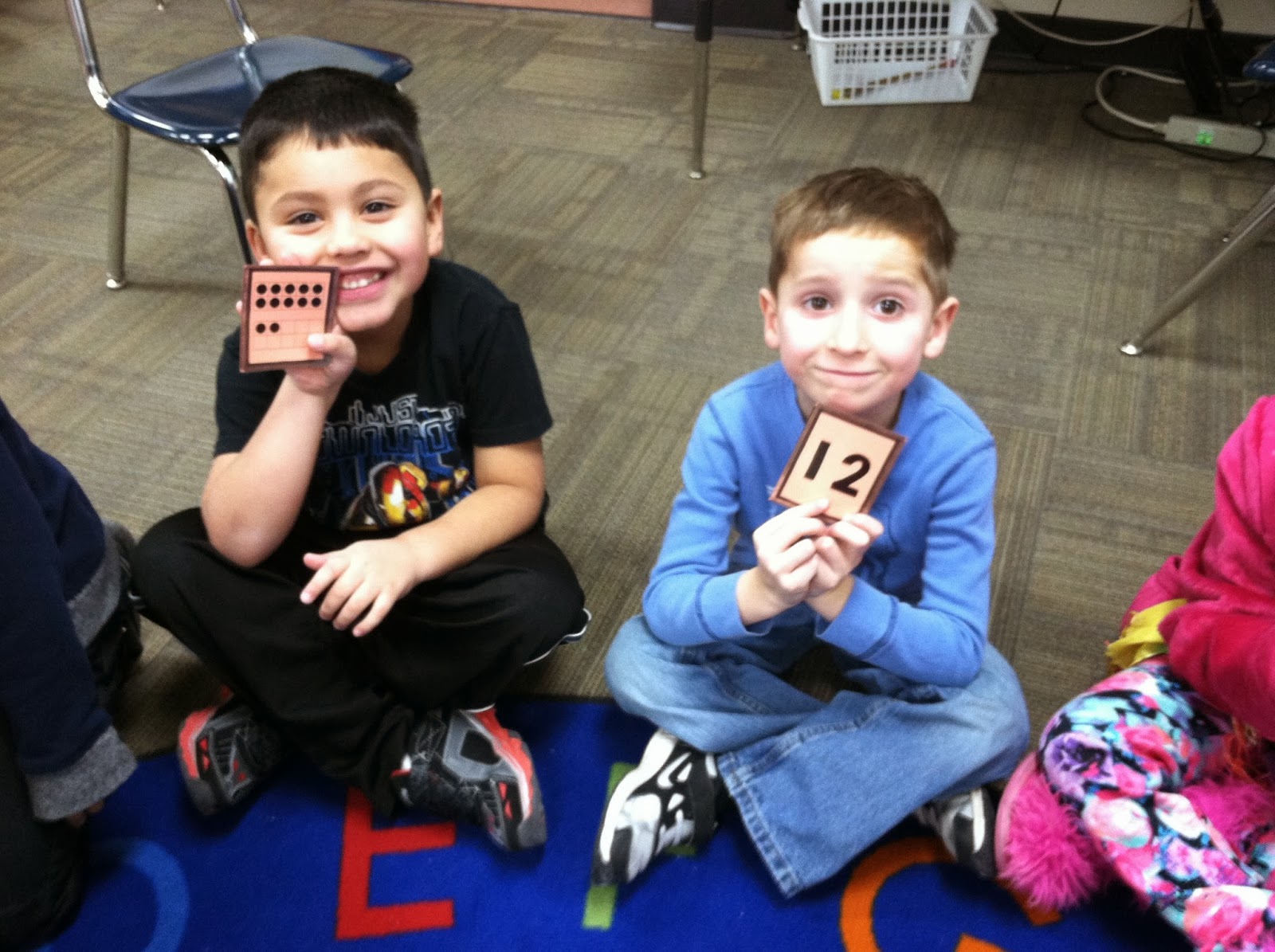 Teen Number Dance
This is one of my all-time favorite math games. After putting all the chairs in a circle, I turn on the wordless version of some terrible pop song that is really fun to dance to, and we dance around until the music stops. When the music stops, the kids have to race to a chair and begin counting out the number of pennies written on the piggy bank above. You've never seen a group of kids so motivated to count! 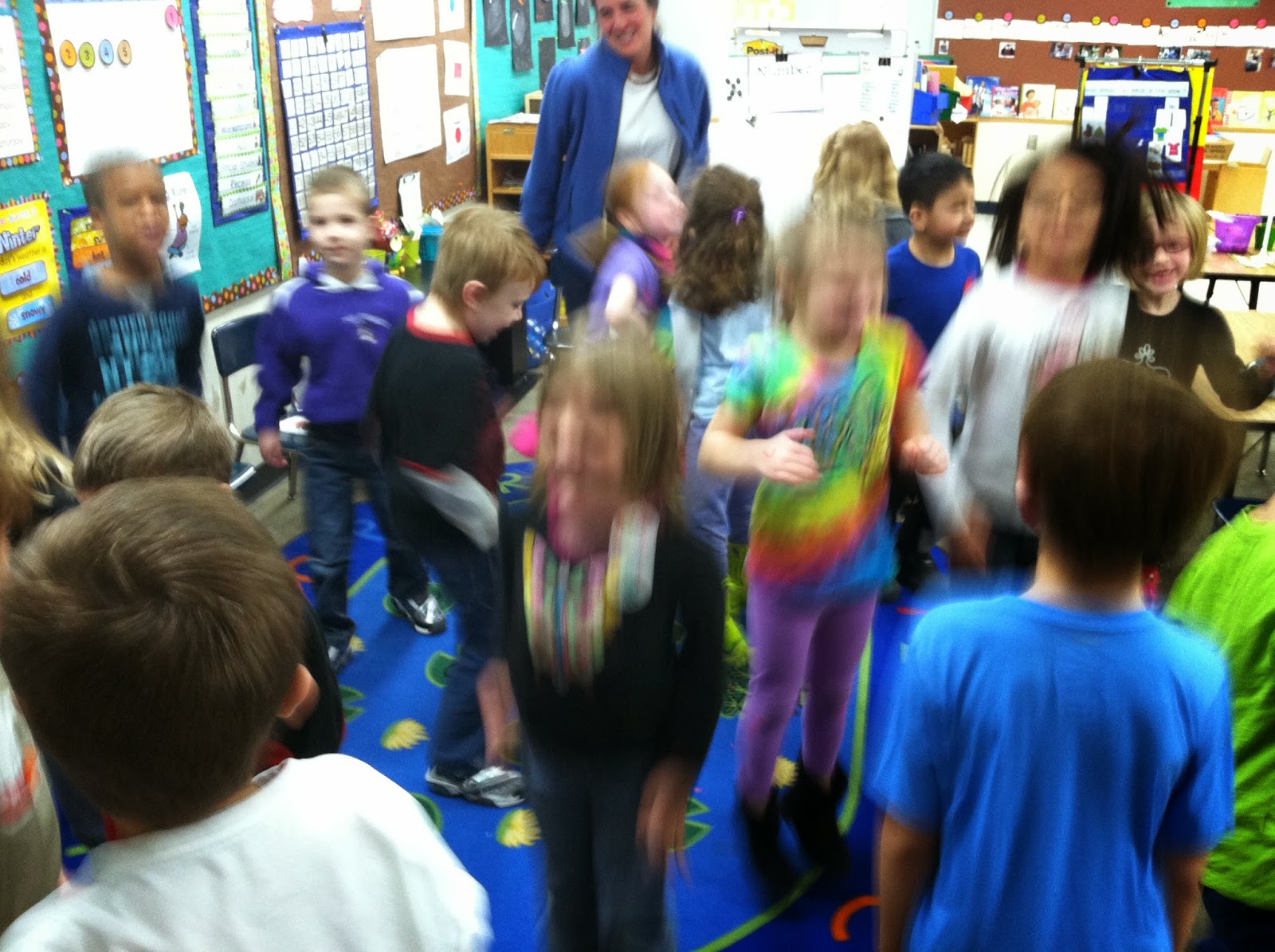 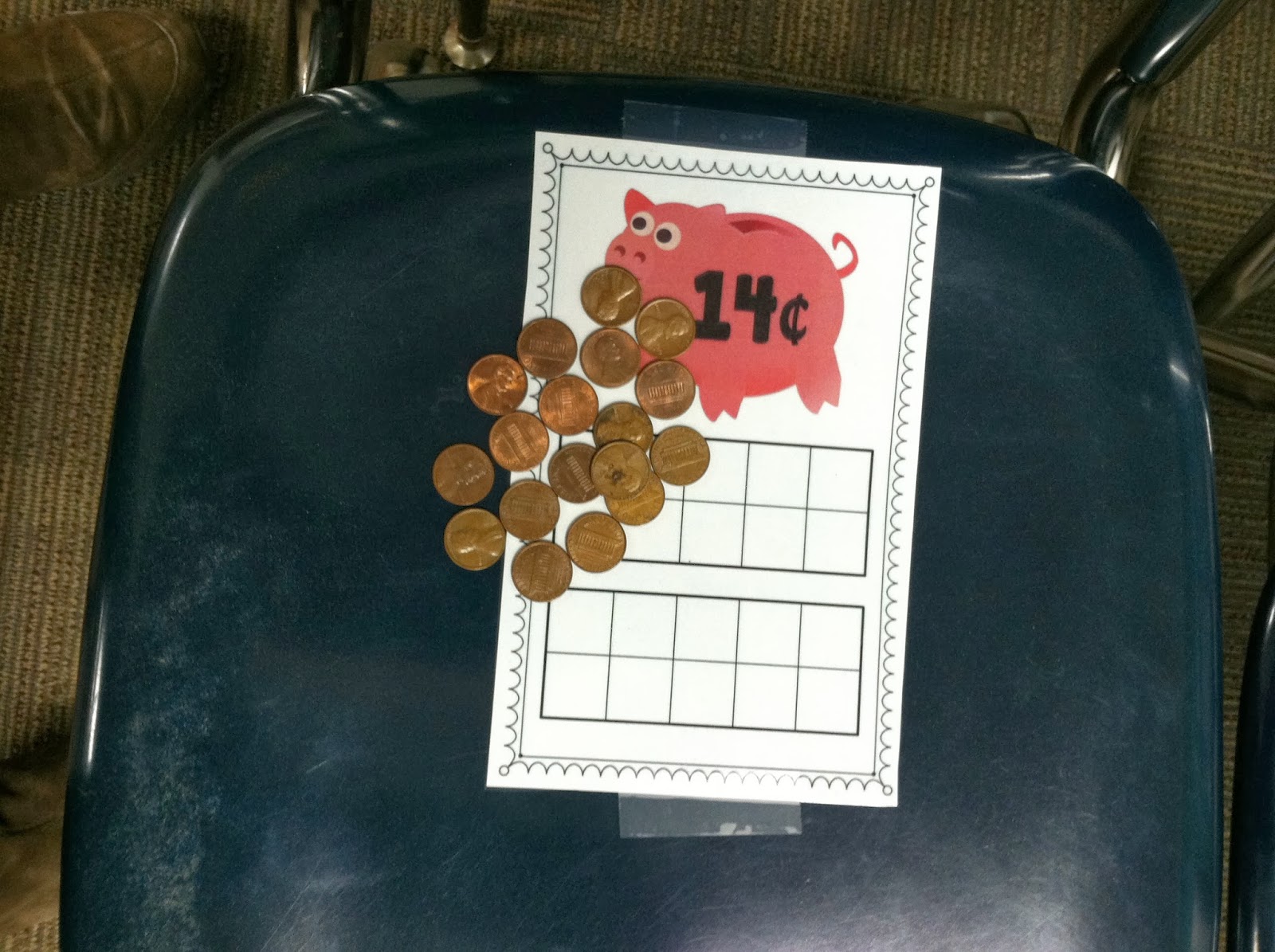 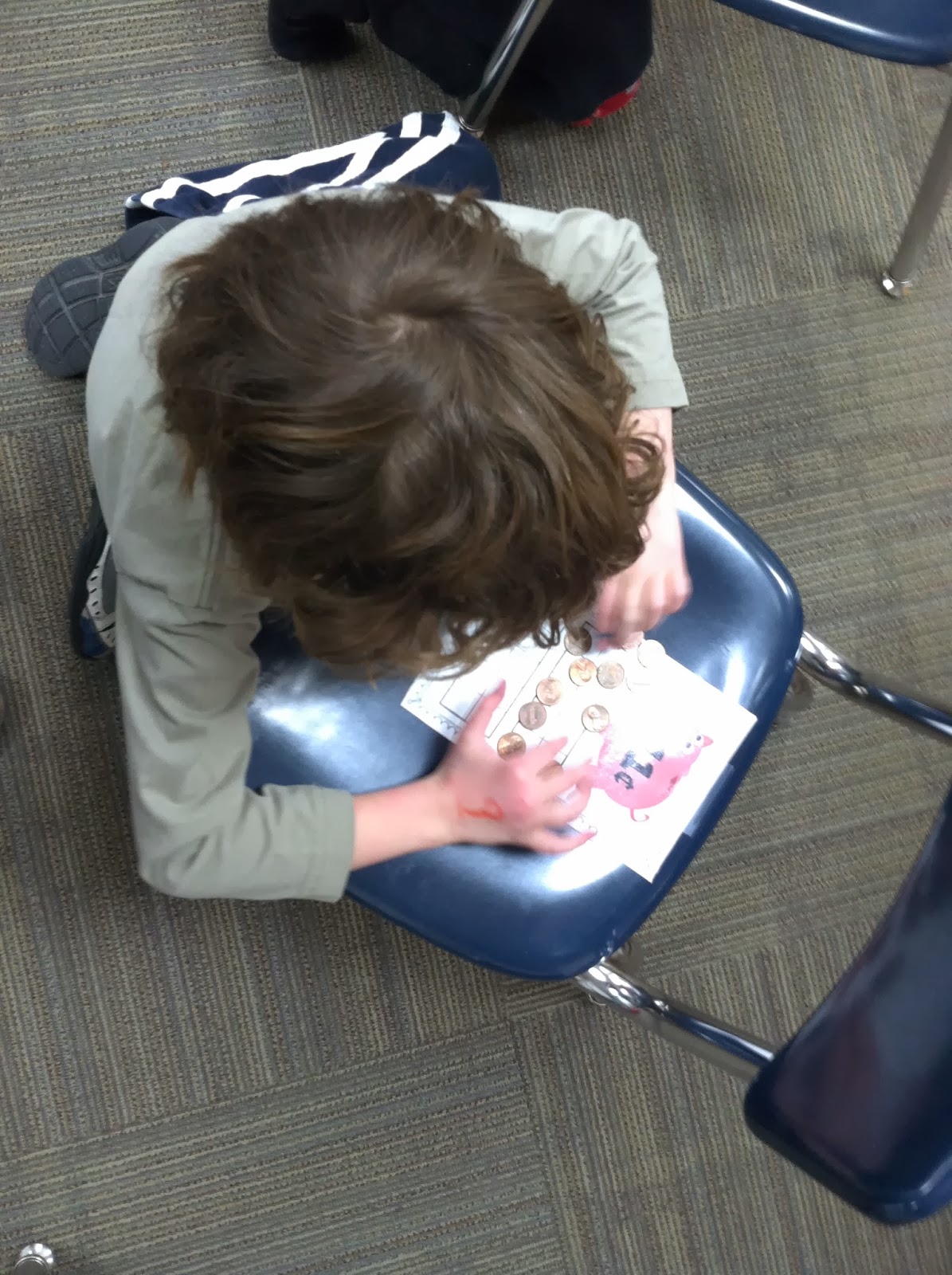 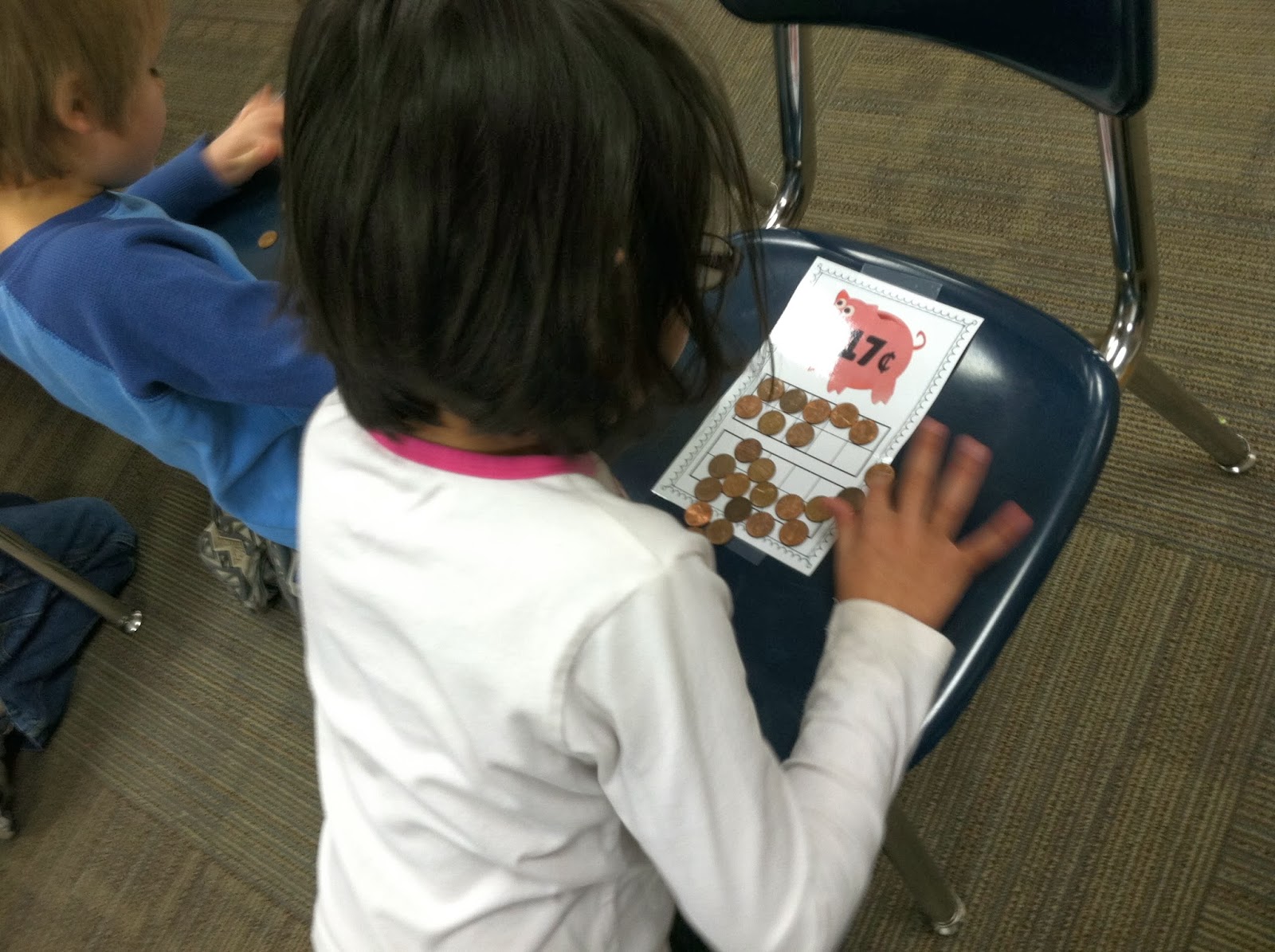 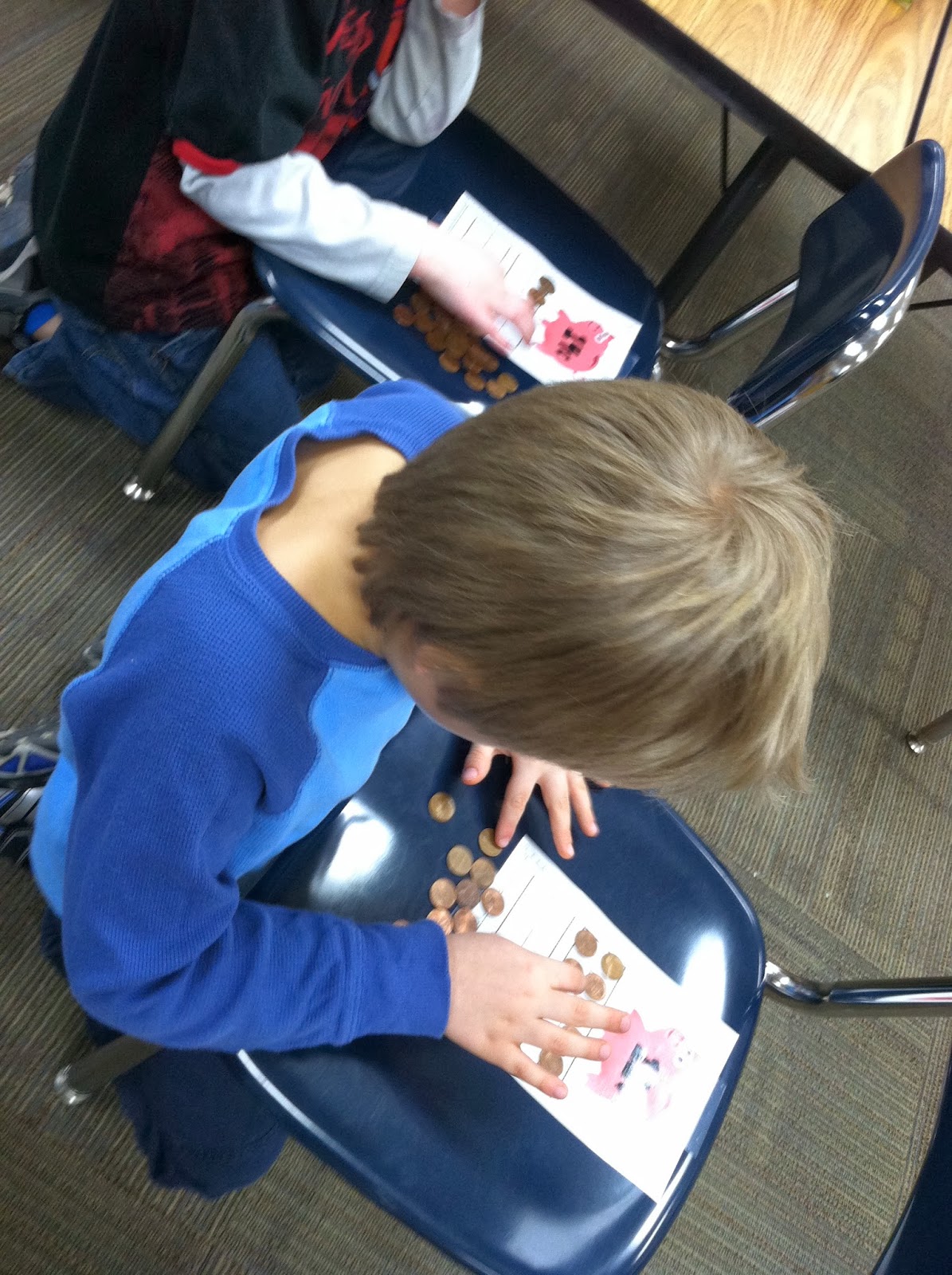 This month we are delving into decomposing numbers - particularly the all-important number 10!
Posted by Courtney at 7:31 PM