We have a math block that is around 45 minutes every day in kindergarten, so I thought I would share what it looks like in our class! Each math block starts off with a warm-up of some kind, whether it's counting to a certain number together, mixing up a number line and putting the numbers back in order, or reading a math-related book. Then we have a math lesson as a whole group, where we learn a new skill, game or concept. Most days, the students practice the game or skill independently or in partners.

Below, we learned about graphing and how to conduct a survey. Then students wrote their own survey with the question "What's your favorite color?" and went around the room collecting data. 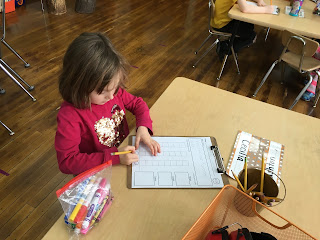 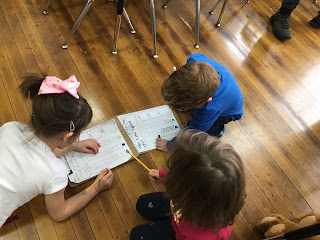 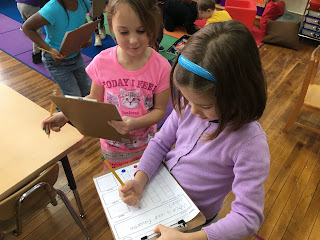 When they were done, we got back together as a whole group and learned how to analyze the data - in this case, seeing which answer had the most, least, and same amount of responses. 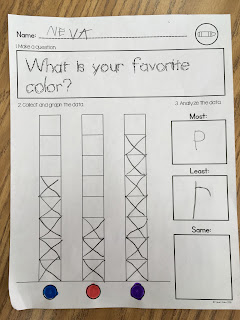 After each lesson, we have "math tubs," six math activities that students can choose between. These rotate every couple weeks, and include everything from games we have learned during math lessons to math manipulatives (building materials such as blocks or polydrons), to card games such as Uno or Go Fish that use numbers and counting concepts. This part of the math block is especially meaningful for kindergarten learners, since it allows them to learn through play, and integrate ideas that we've learned previously through cooperation and exploration.

Below are some pictures of recent math tubs the kids have been enjoying! 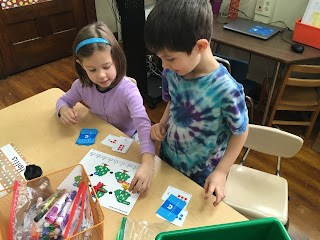 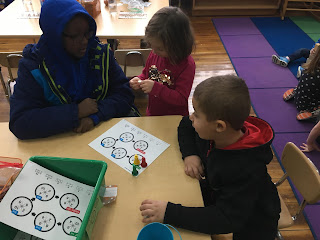 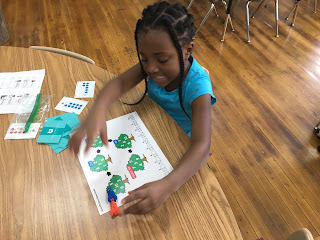 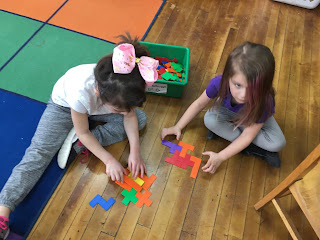 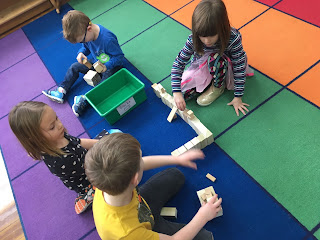 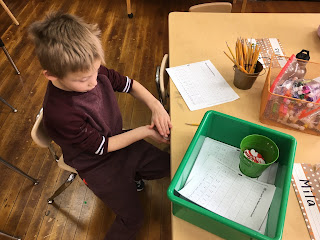