We've been learning lately about what it means to be a scientist, including asking questions, sharing what you know, and listening to others. During science in our class, but also other times of the learning day, I try not to emphasize arriving at the correct answer, but rather on the thought processes behind figuring things out. We explored the question "How do you if something is living or non-living?" I was fascinated by the kids' thoughts on this question. What seems like a straight-forward question brought out a lot of interesting theories and ways of thinking.

Another interesting query was around a wagon. Is a wagon living or non-living? Most said non-living, but a few said living, since it moves. Teddy bears, on the other hand, don't move, but they do have eyes and a heart, so some kids weren't sure how to qualify it. You'll see some of their answers in the pictures below. All in all it was a great discussion about a tough question, and the kids did a great job thinking like scientists! 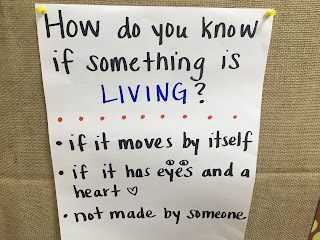 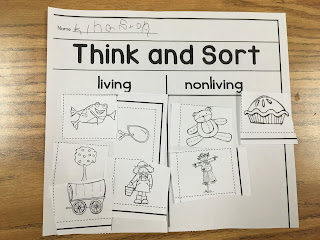 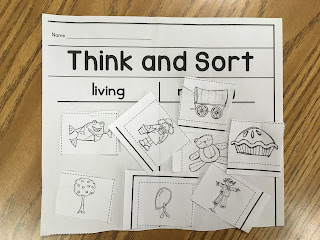 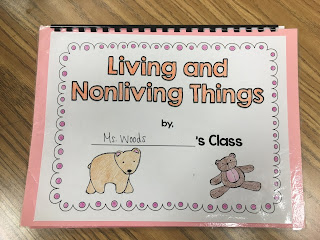 We also had a couple new explore tables, including investigating like a scientist, making lists, and stamping words. 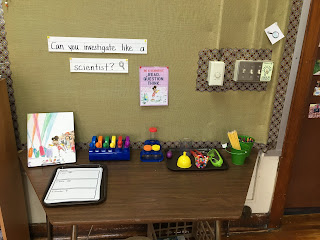 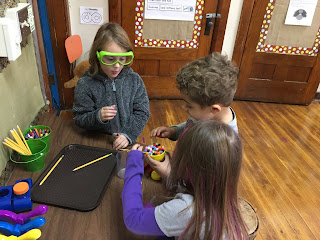 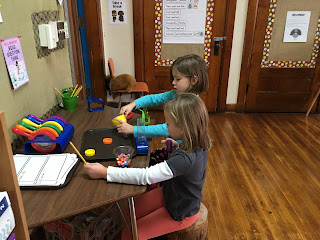 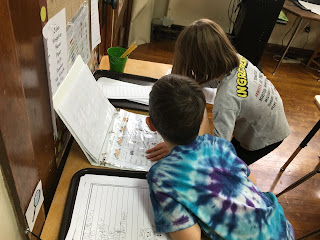 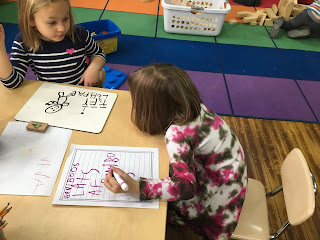