What do scientists do? An investigation with apples

We started our first science unit, which is all about what scientists do! The biggest message I hope the kids walk away with is that anyone can be a scientist, and that scientists ask questions about all sorts of things that they wonder about. Since it's apple season, I decided to introduce the concept of science investigations using apples!

Mystery Bag Monday
First we learned that scientists make observations using their five senses. For this activity, I introduced Mystery Bag Monday. I put an apple inside a brown bag, and told the little scientists that they could use their hands, nose, and ears to figure out what was inside the bag - but not their eyes! After passing around the bag, they went back to their science journals to draw what they thought was inside. Most guesses were apples, but some also thought baseball or other round objects - definitely using their observation skills! 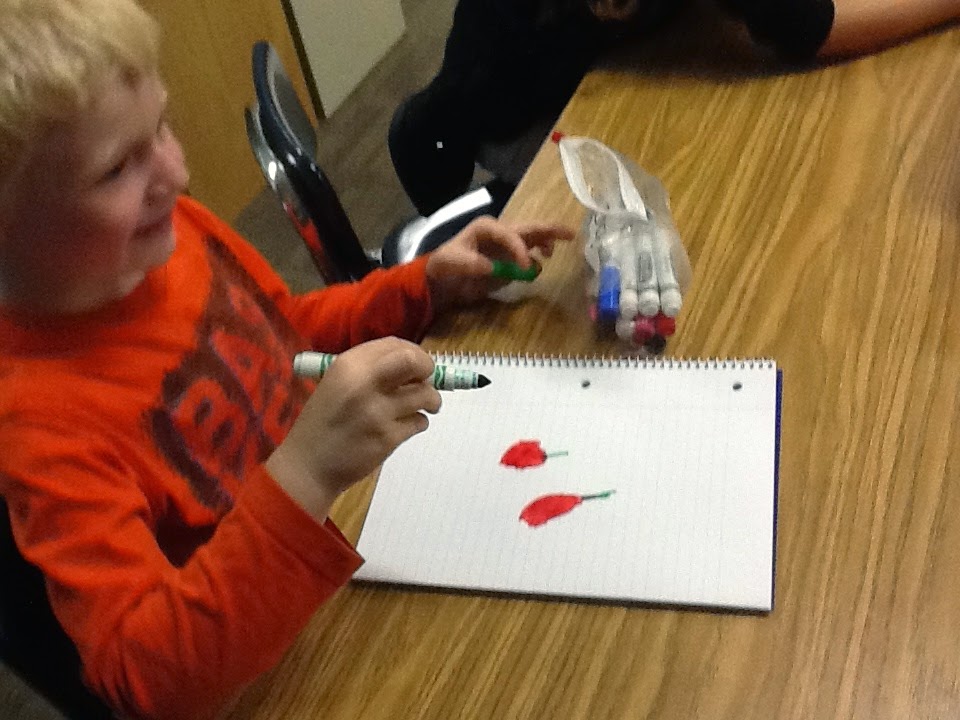 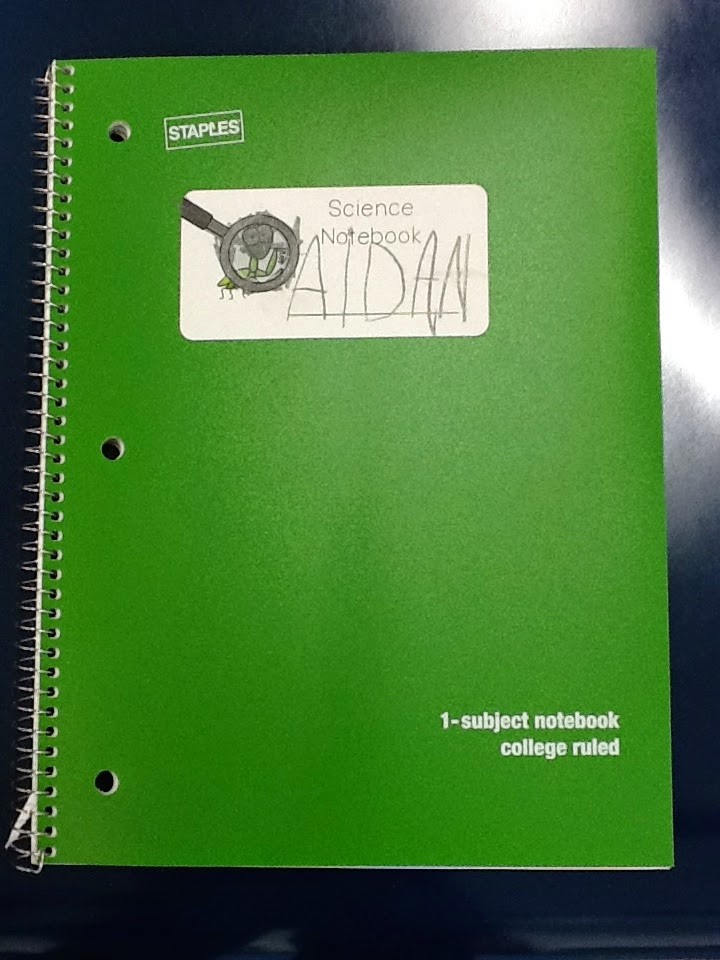 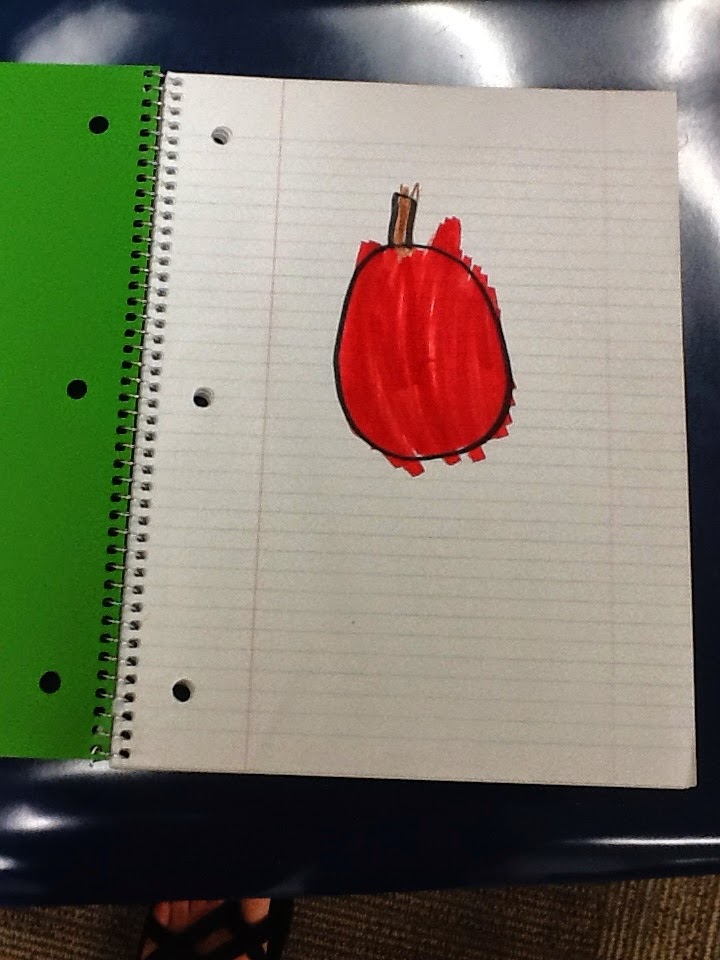 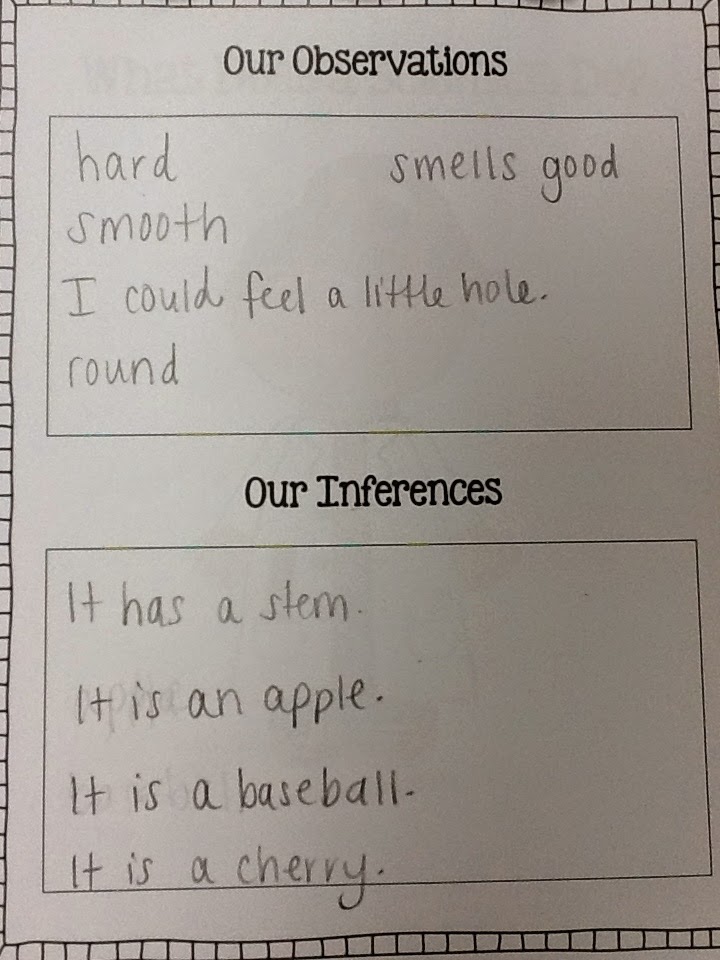 Then we came back and shared our guesses. And most were right, it was an apple! 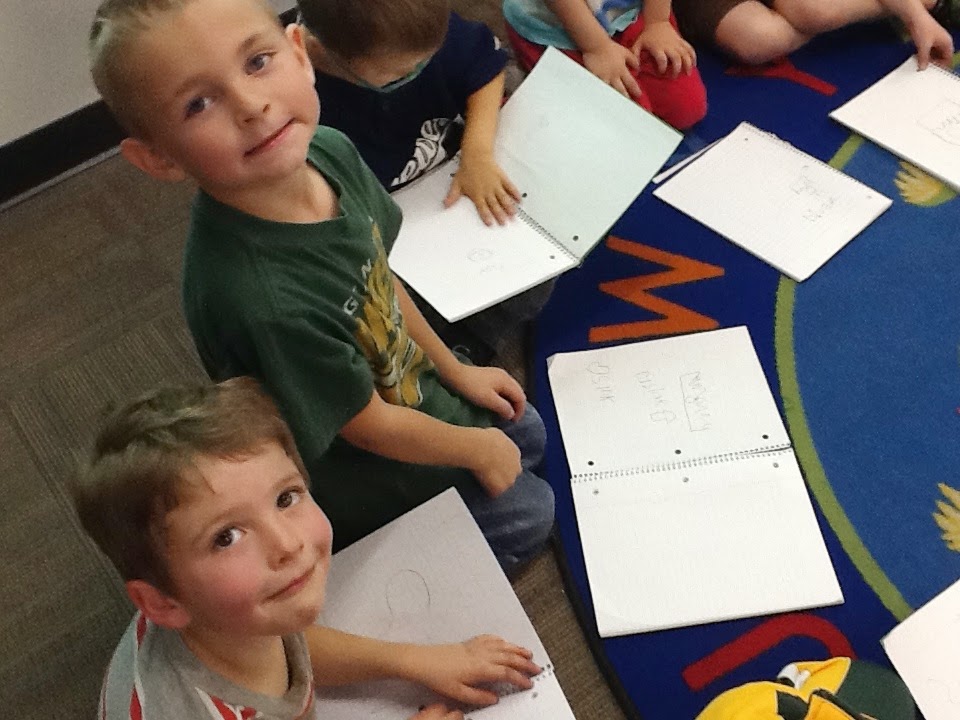 The next day, we started discussing how scientists ask questions about the things they observe. I put up this slide on the Smartboard: 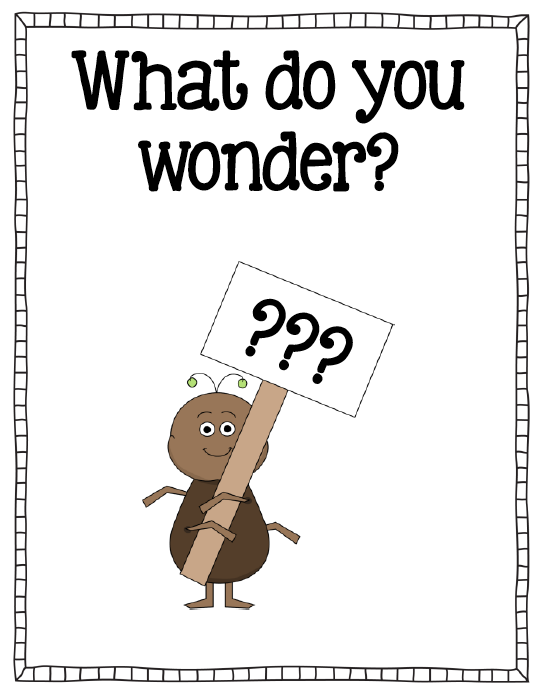 For example, I wondered whether or not an apple could sink or float in water - so we decided to try it! 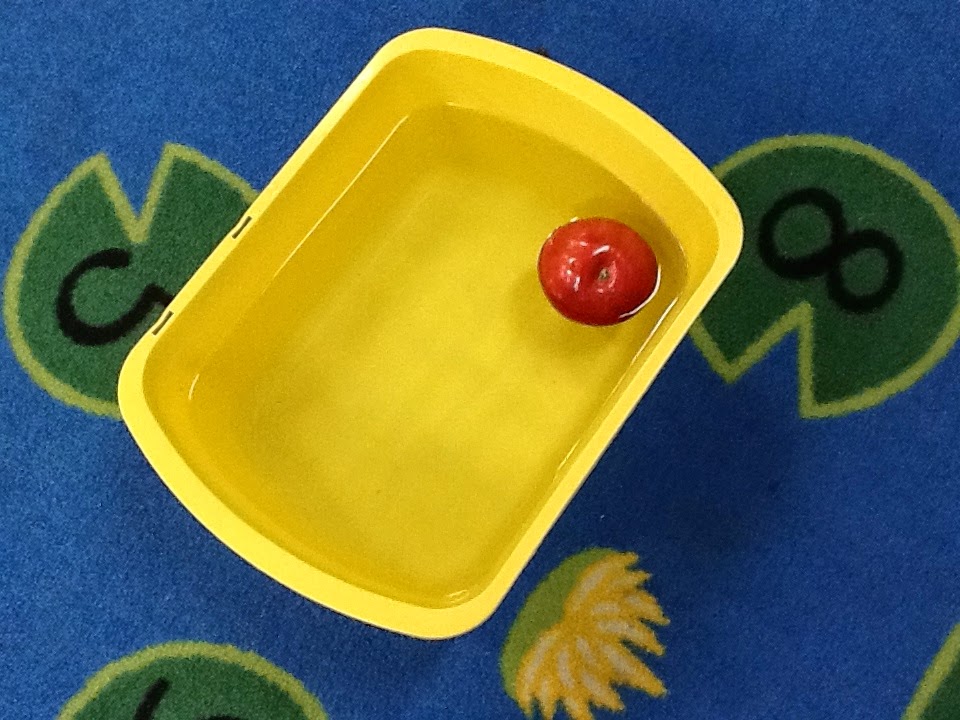 The next day, I continued to model what types of questions scientists ask. I held up four apples of different colors, and told the kids that I had seen each of these apples growing on trees when I was apple picking over the weekend. As we observed, they looked different on the outside. But I didn't know whether or not they were the same on the inside! 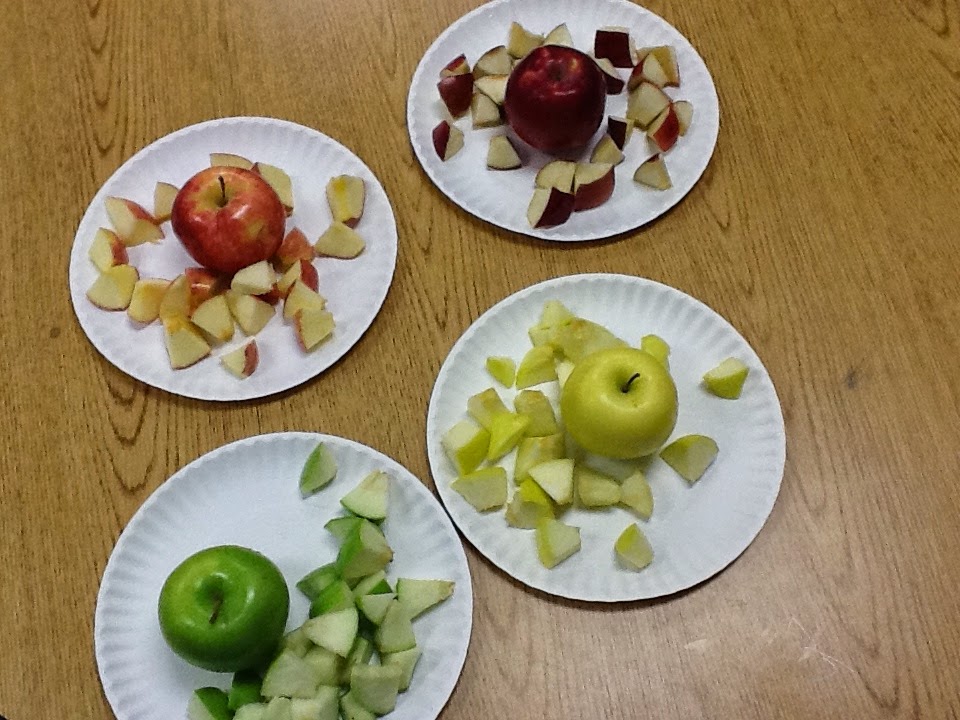 So of course, we decided to investigate the answer using our five senses...most importantly our sense of taste!

This week we will continue to learn about what scientists do, and the kids will get a chance to ask their own "I wonder" questions.

We also have an apple orchard in our dramatic play area, and are learning some apple poems and songs to go with! 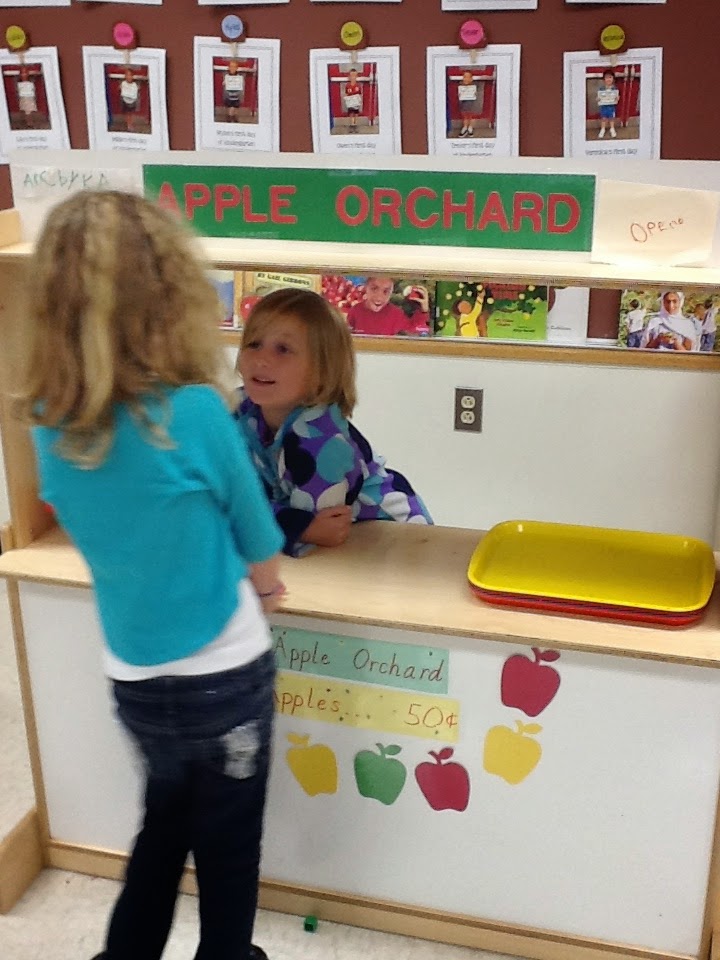 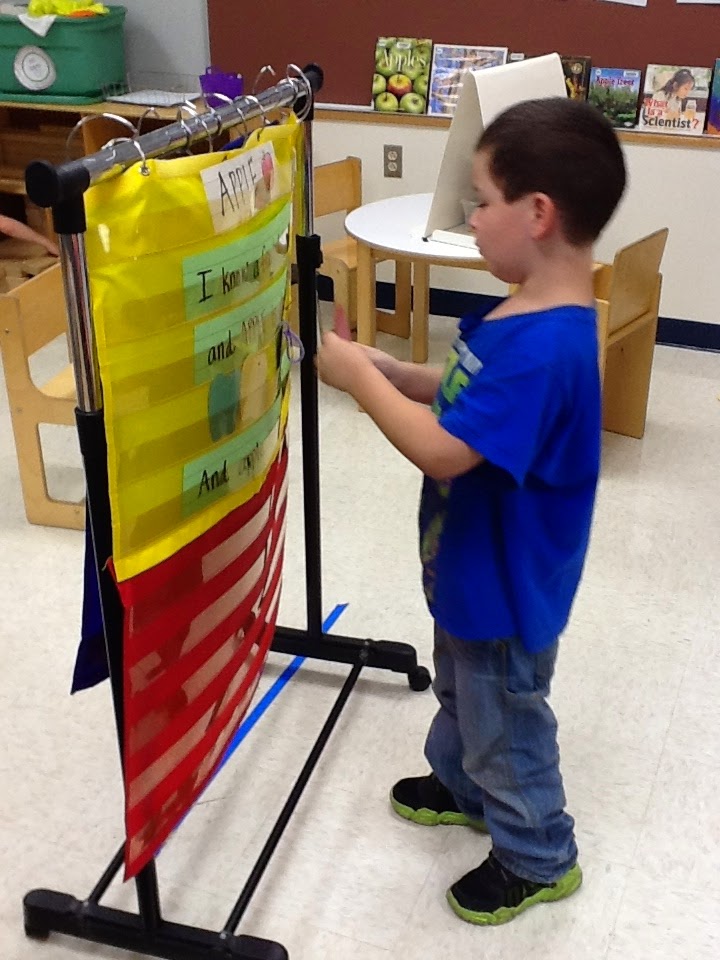