We're off to a great start in math this year. Each day starts with Morning Meeting, one of my favorite times of the day. After greeting each other and answering the "share question" for the day, we move on to our morning math routines. This includes putting the date on the calendar, singing the Days of the Week song, and marking our days in school (the first picture below). We've had 14 days of school already (even though the pictures below were taken on day 13)! We also count out loud up to the number of days, which is good practice for kindergarteners who are expected to count to 100 by the end of the year. Last, we display the number of days in a different way (the second picture below), so kids can become familiar with our Base Ten number system. These charts show them that 13 is represented by one row of 10 and 3 extra dots ("ones"). This is a concept that we will revisit all year. 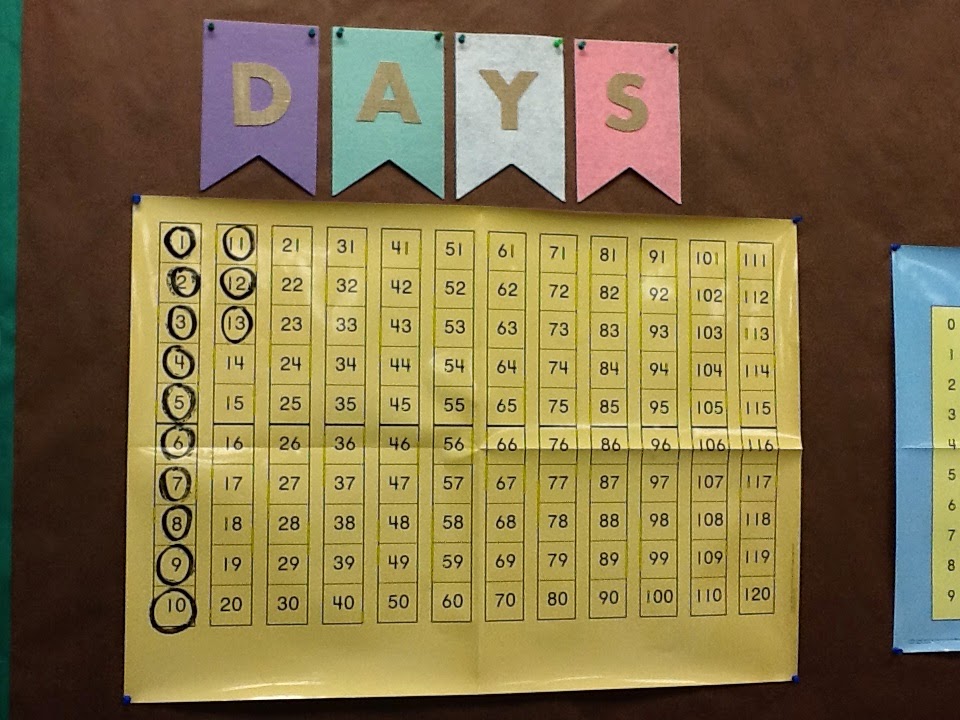 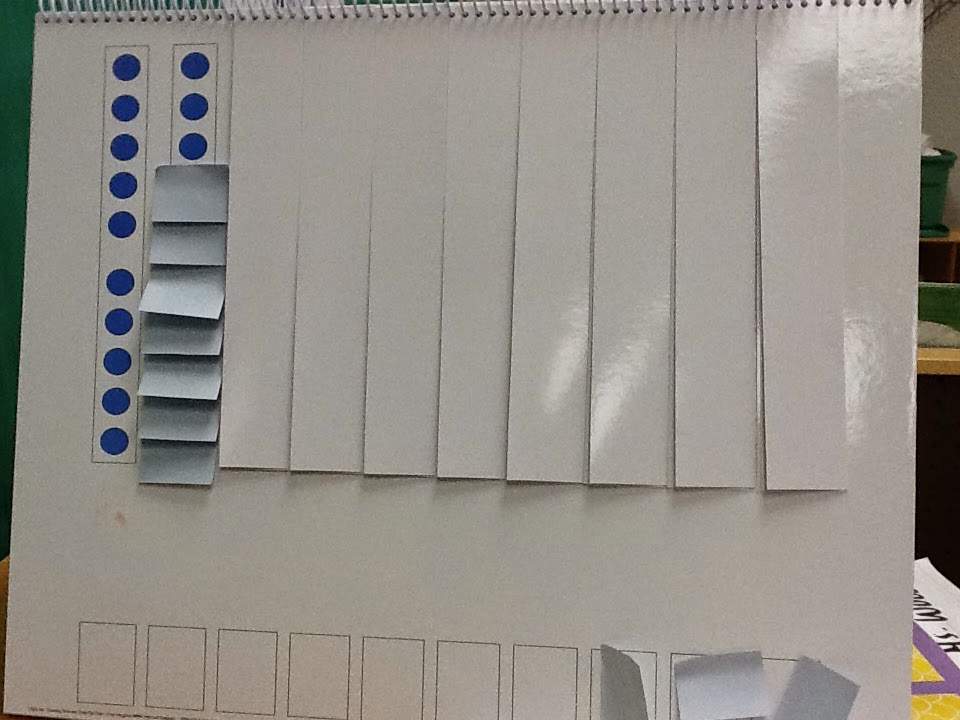 We've also begun more hands-on math activities, such as the one below involving counting mats and number cards. In this game, one partner displays a number card and the correct amount of blue/red squares. Then the other partner needs to make the same display on their counting mats. Even for kids who are already adding and subtracting, it's good to develop a deep number sense before moving on to more complex math. 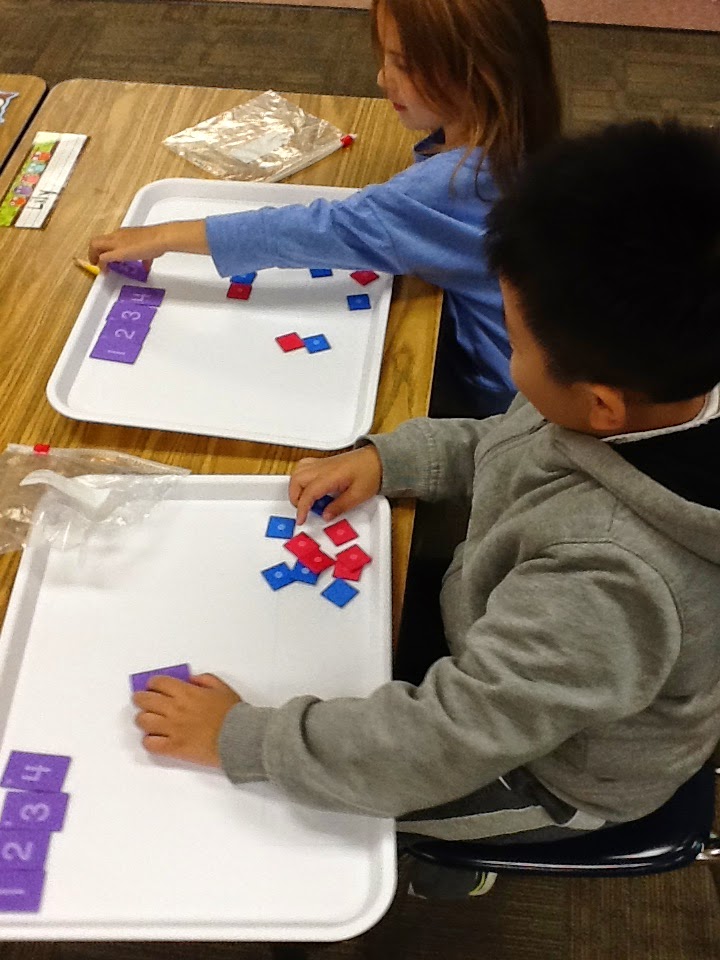 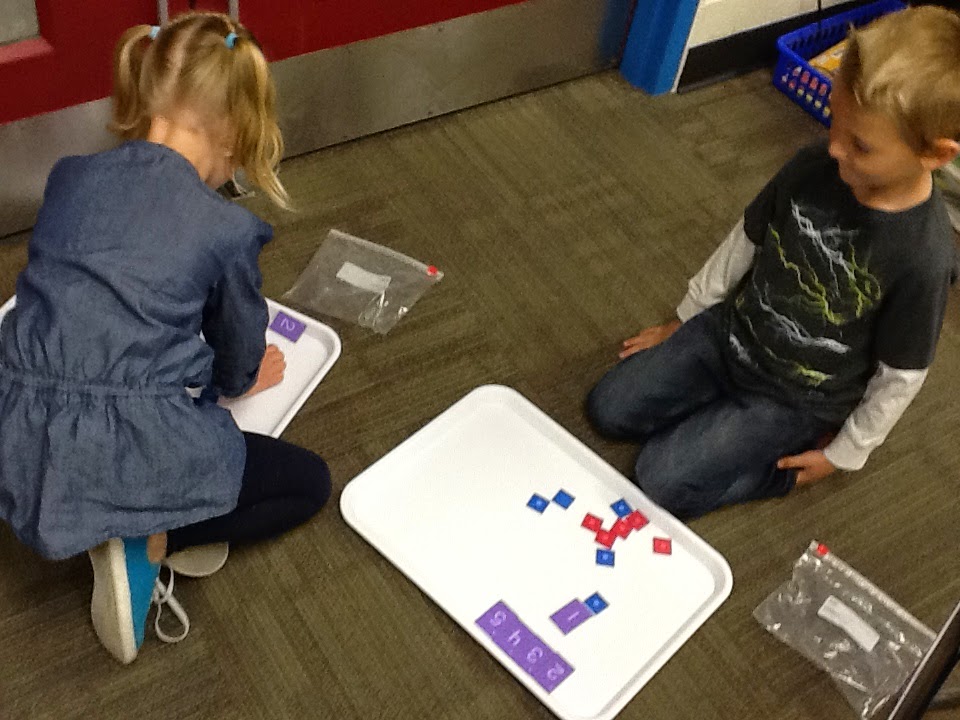 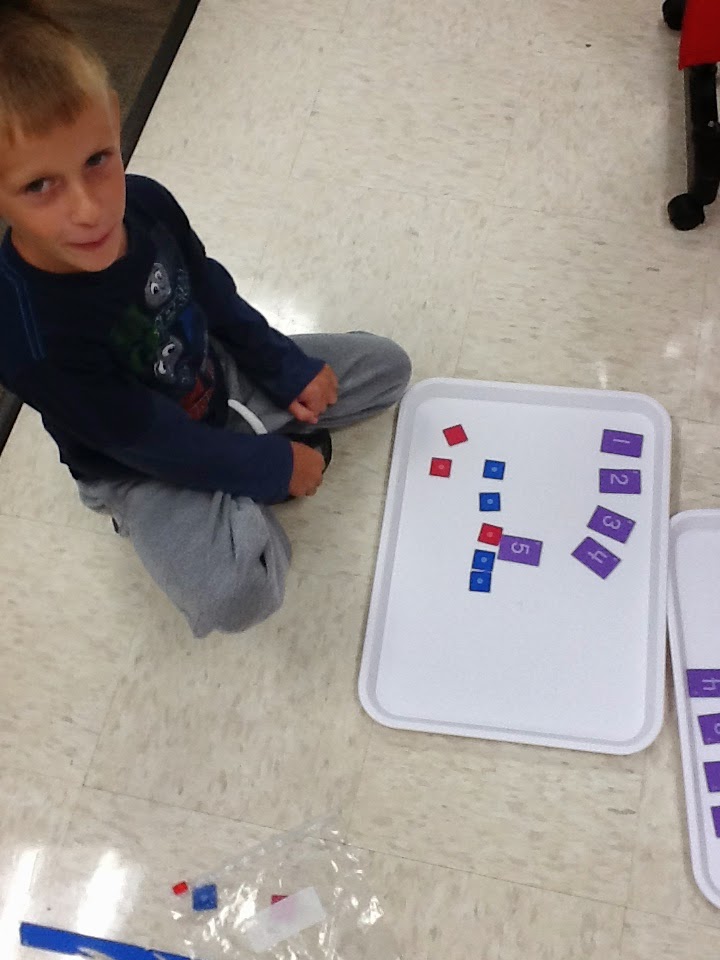 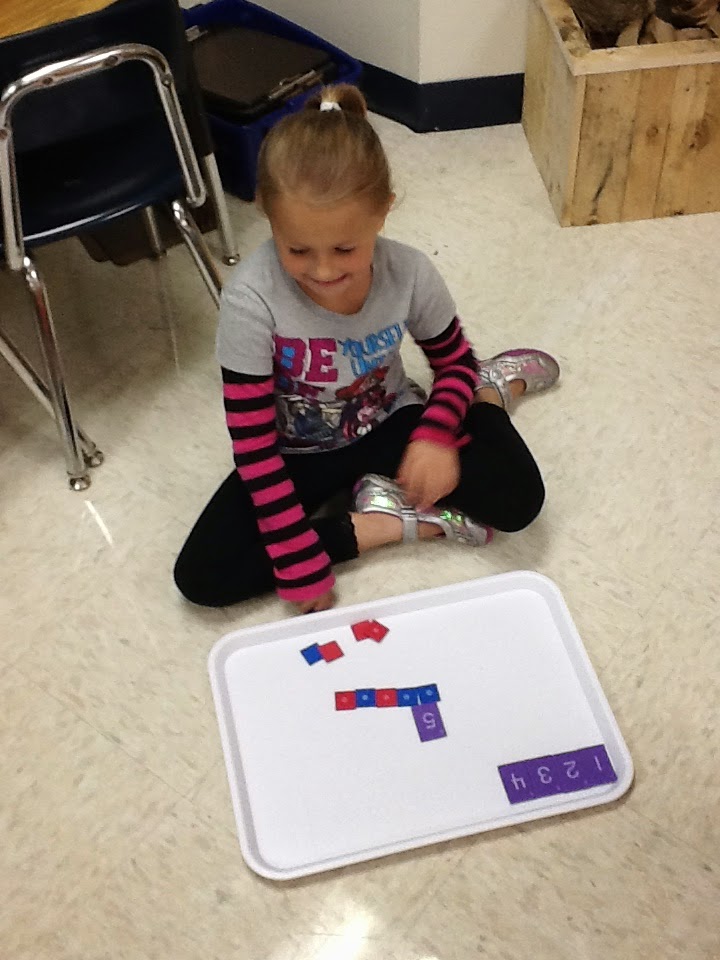 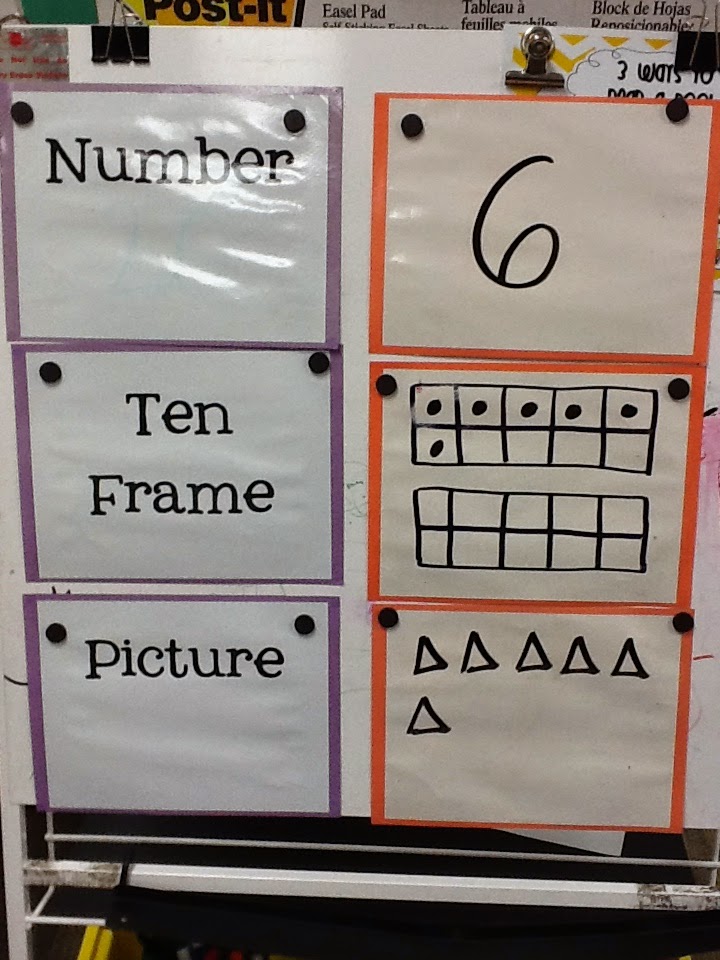 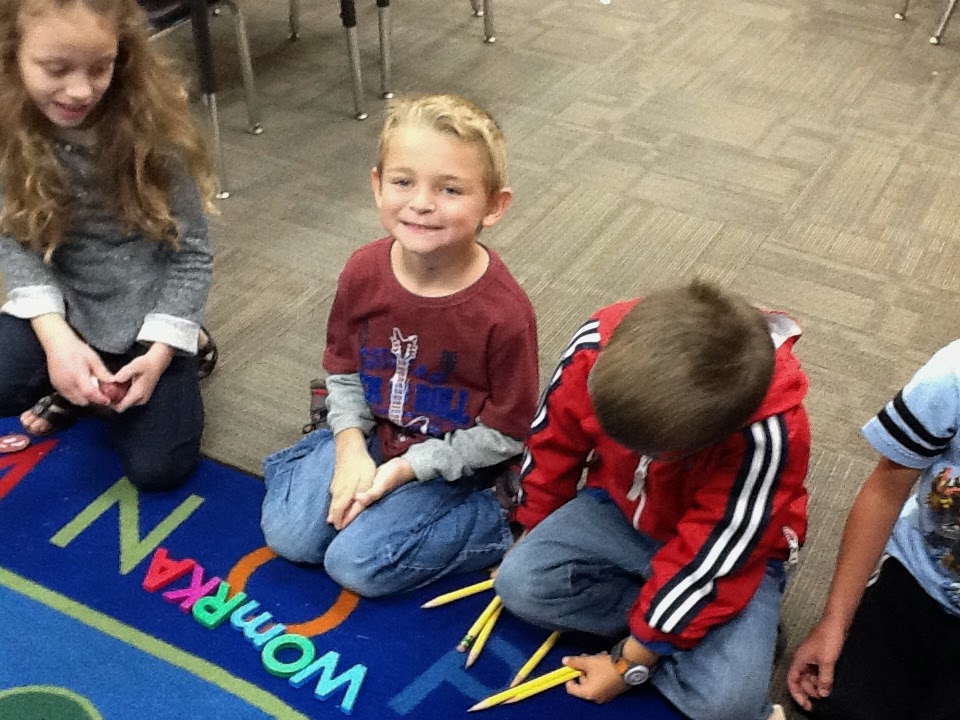 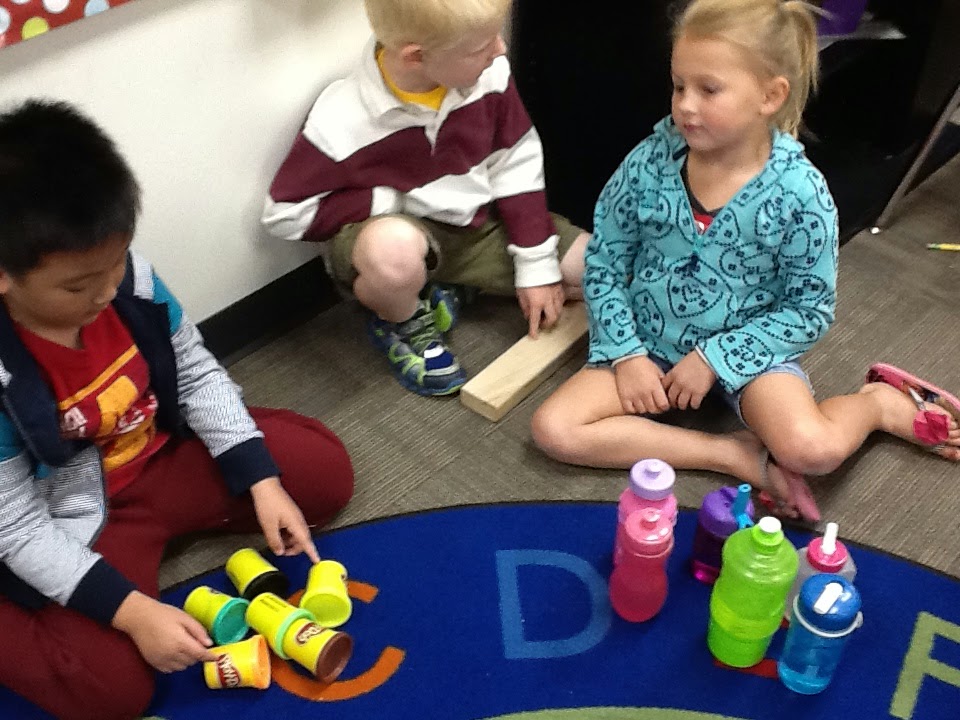 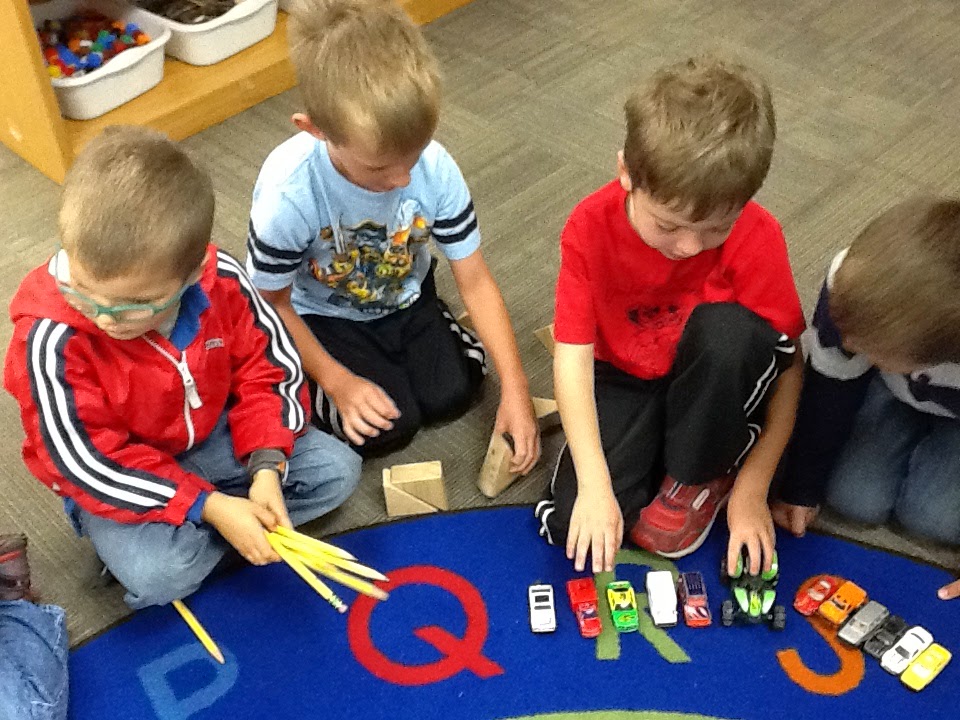