Ending the year with a bit more math

We did these math activities several weeks ago by now, but I thought they were worth posting just to see a bit of what we did during the last month of school!

First a little subtraction. This is often a hard concept for kindergarteners to grasp, since we spend so much of the year focusing on number sense and then adding together two numbers. But it's important to build a foundation for subtraction, or "taking away," as well.

To begin things we watched some subtraction videos that I found on another teaching blog, including this awesome one that the kids loved, called "When You Subtract with a Pirate."

Then we moved on to telling subtraction stories using dot stickers. I told a story using their names (for example, "Joshua had 10 cookies. His sister ate 6 of them. How many does he have left?") and we depicted it using dot stickers. The kids put actual stickers on their paper, while I drew circles on the SmartBoard. When we subtracted, we crossed off the dots and counted how many were left. Then we wrote and read the accompanying number sentence (in this example, "10 minus 6 equals 4"). 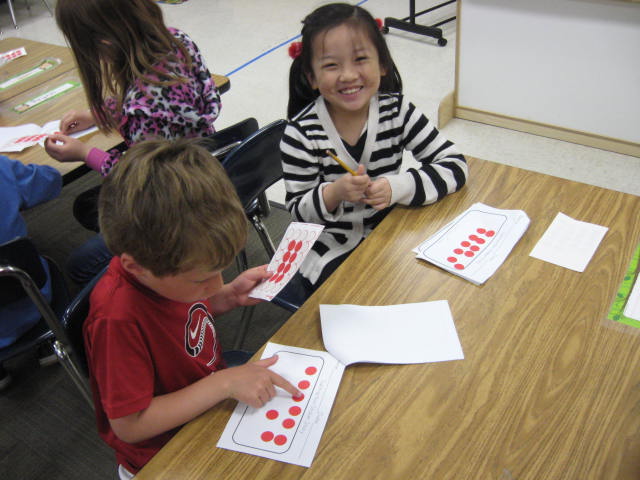 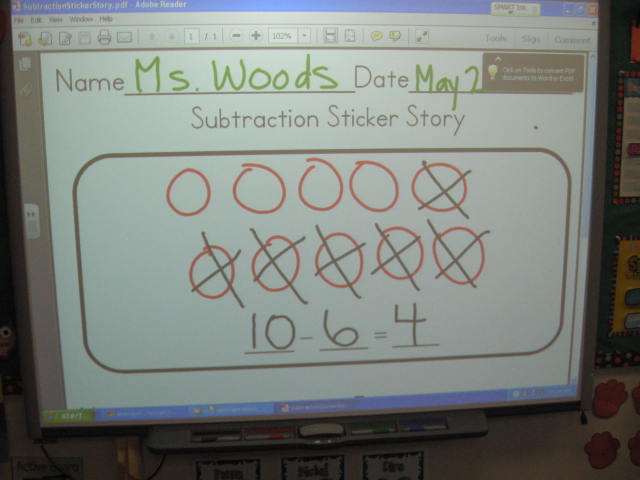 We also played some subtraction games, including this fun one called Clear the Deck, which I got from another teacher blog. Each child fills their boat with red chips, then rolls two dice - a plus/minus dice and a number dice. If they get a "minus" and a 5, it means they take off 5 chips. A "plus" means they put more on. The first person to clear their deck wins! 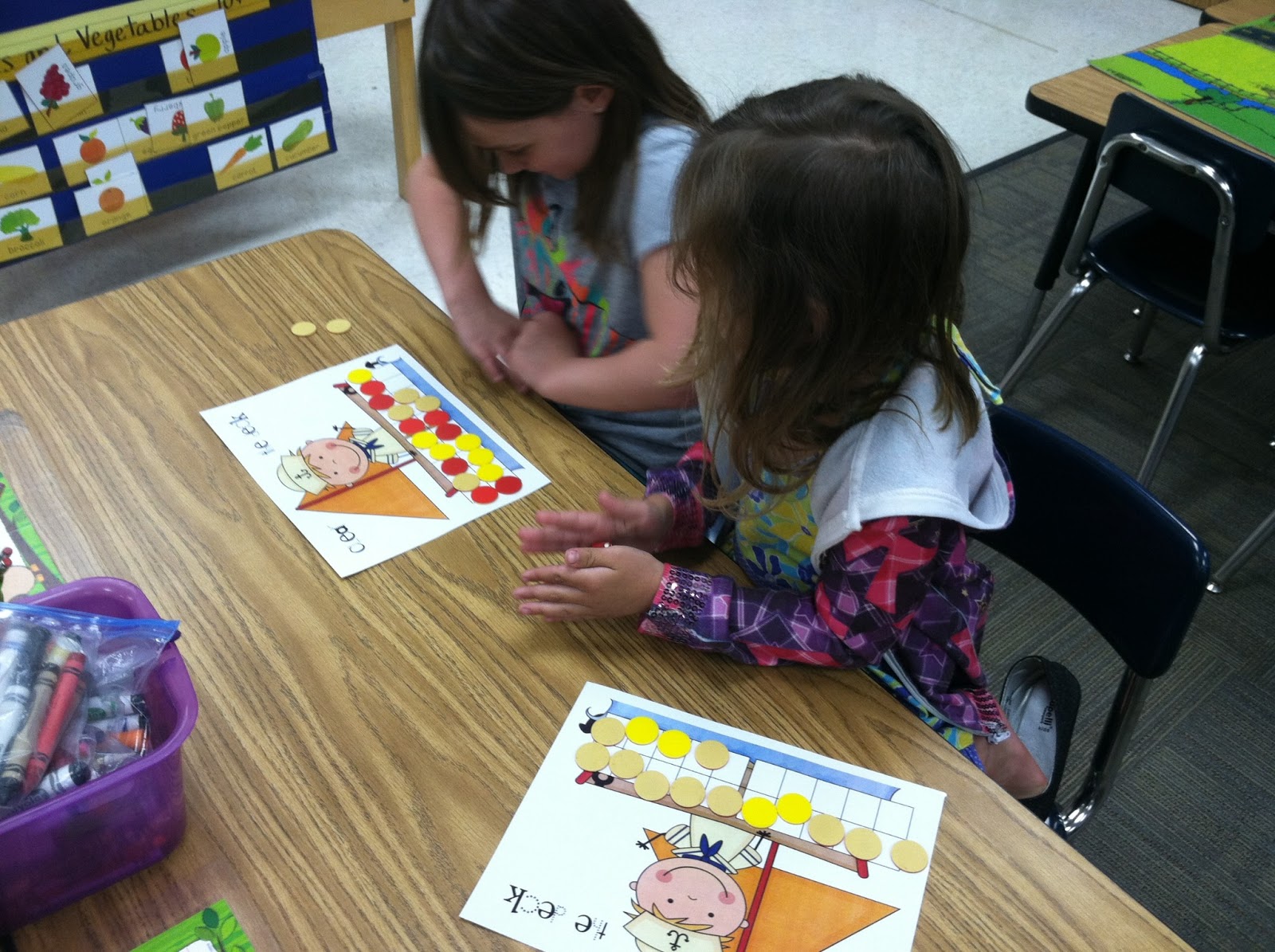 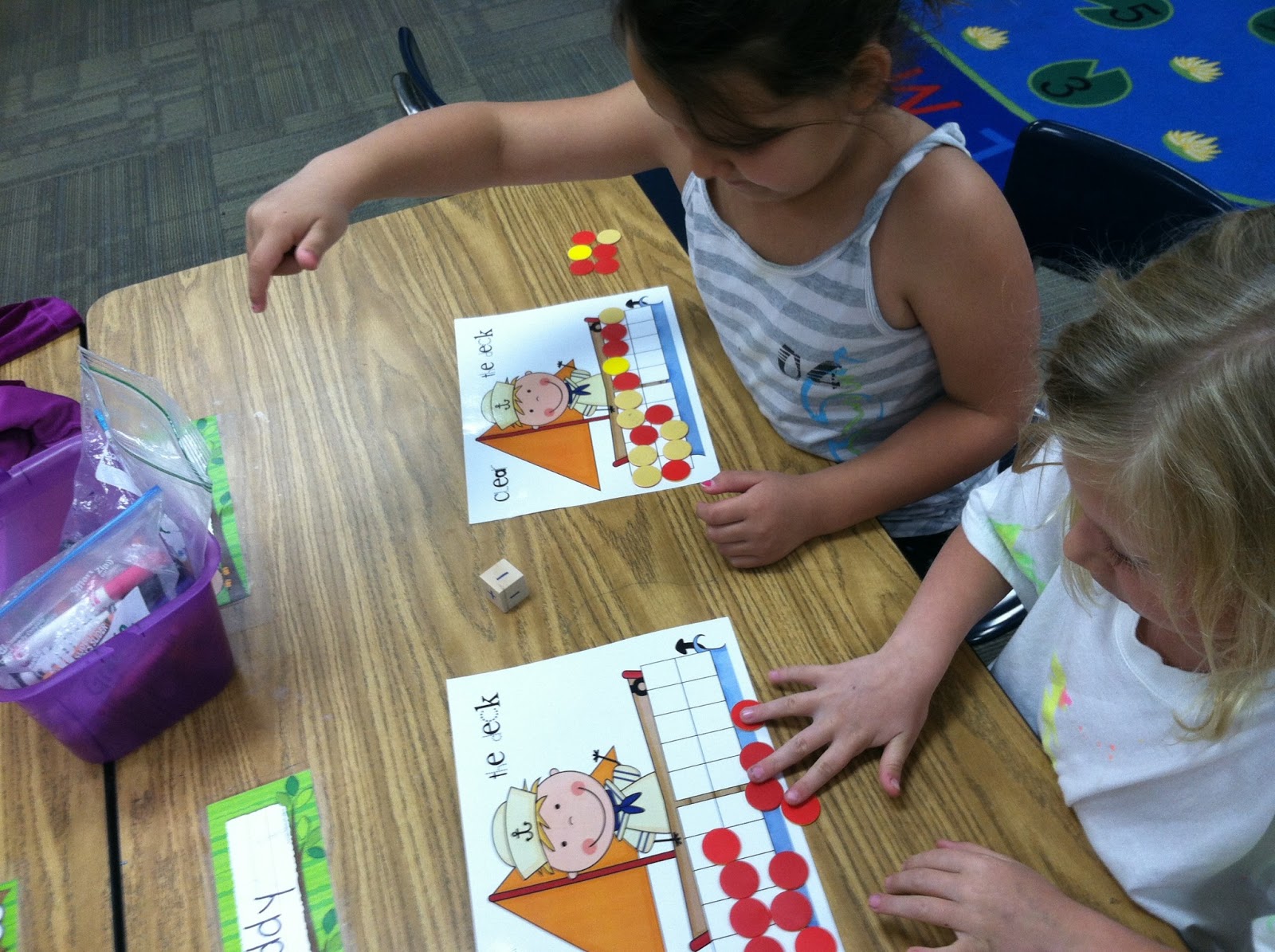 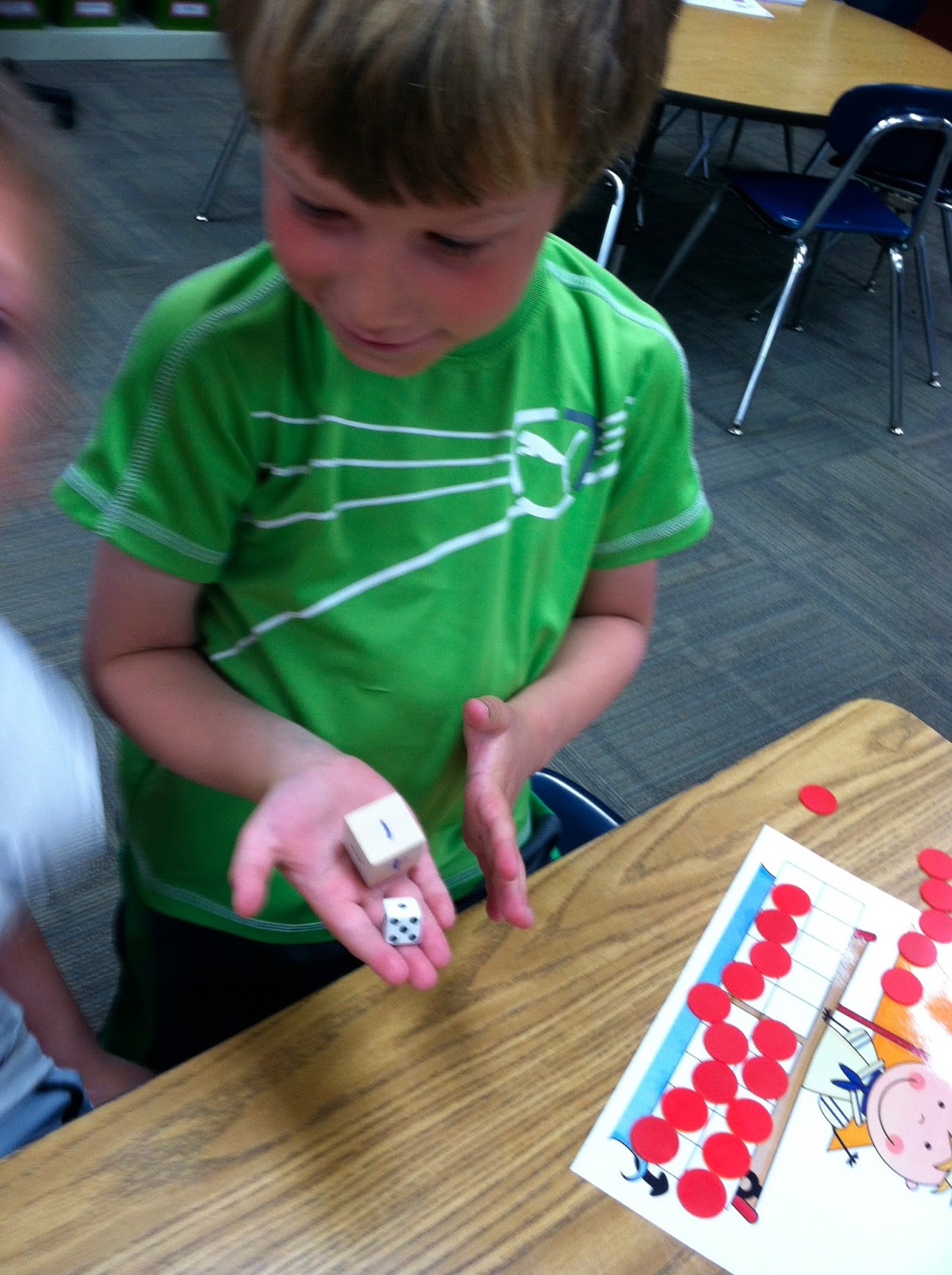 The kids also made up their own subtraction stories to tell others. Here I modeled how to tell a story and draw pictures to help solve it. (Those extremely realistic turtles on a log were actual drawn by me, not a kindergartener.) Then the kids took turns making their own. The story on the bottom goes something like this: "Five flowers were in a field, then three of them got picked. How many were left? They are sad because their flower friends got picked." 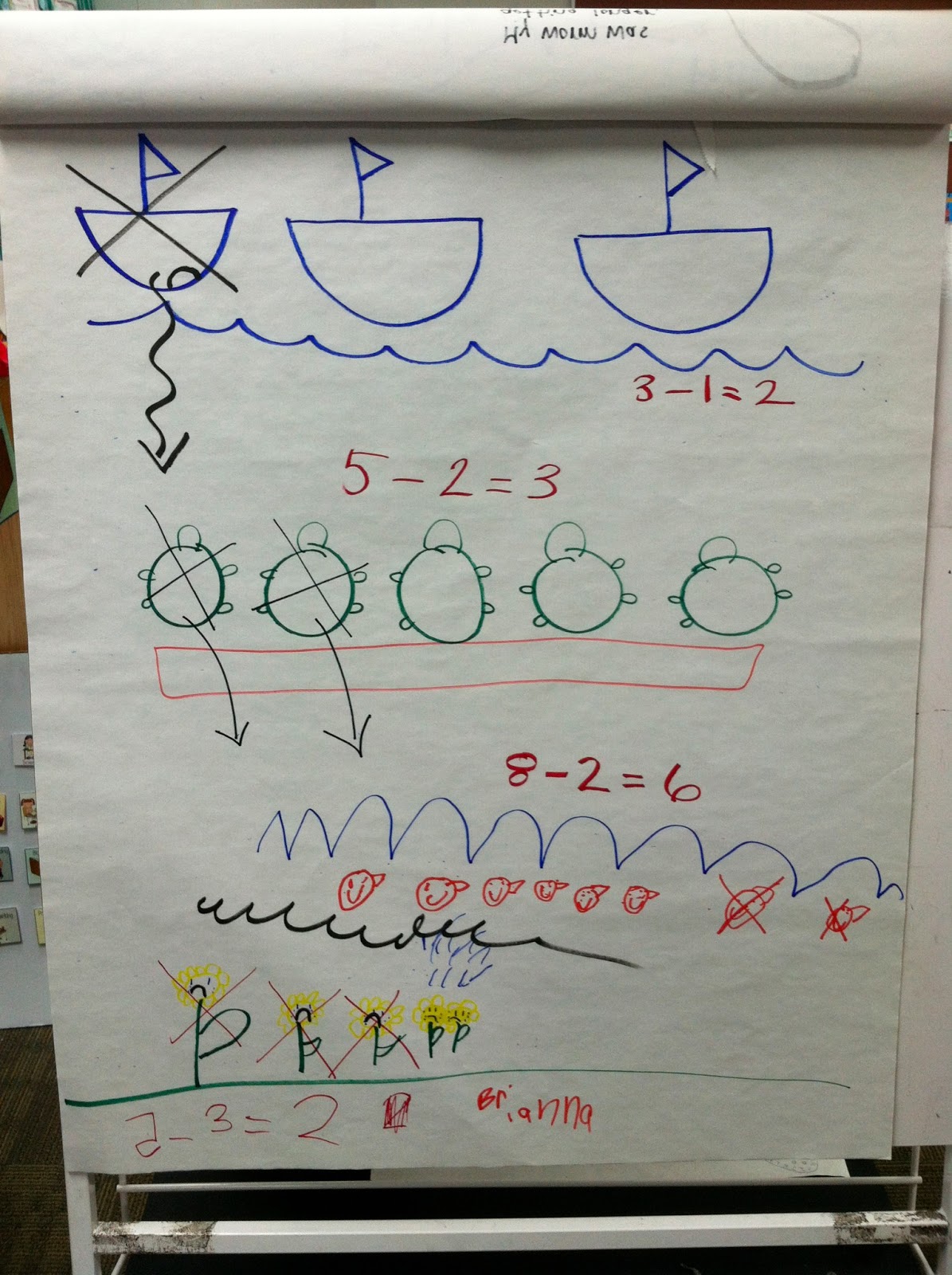 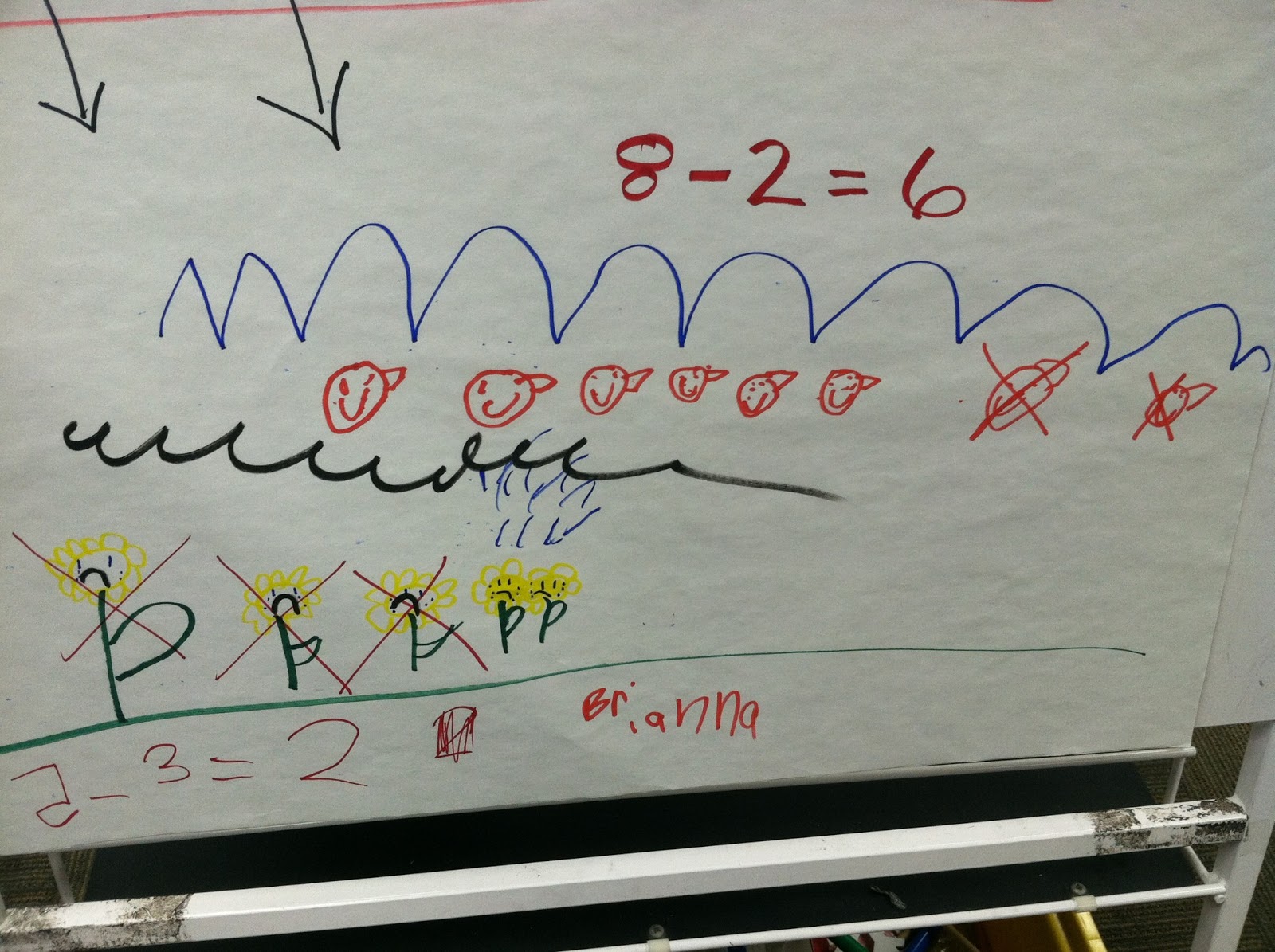 We've been touching on addition for much of the year, as soon as most kindergarteners start to get comfortable naming, counting, and manipulating numbers. Here we are reading, writing, and drawing some addition stories (I found the story problems here). This exposed them to a number line, which they will use in math a lot as they get older! 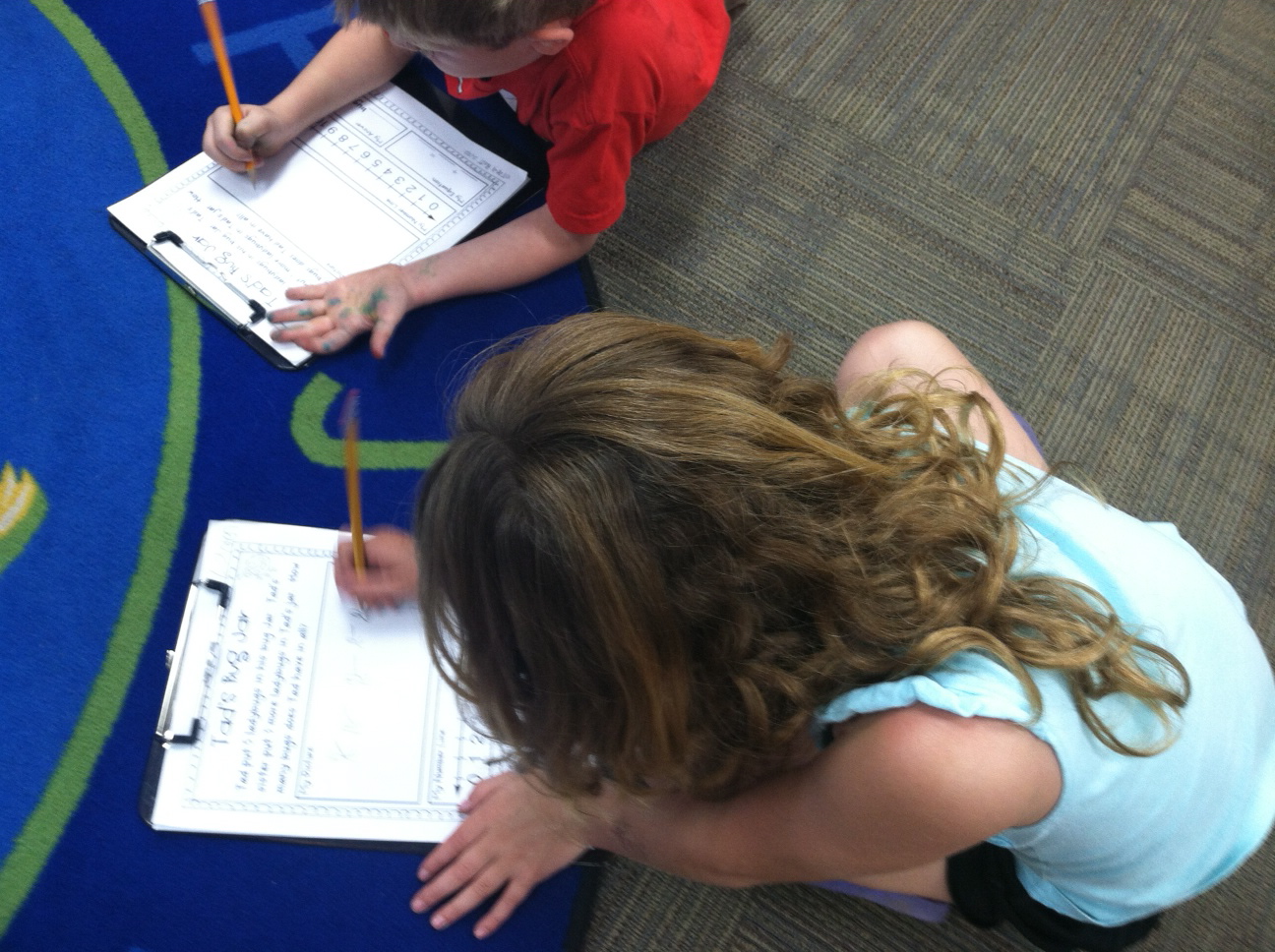 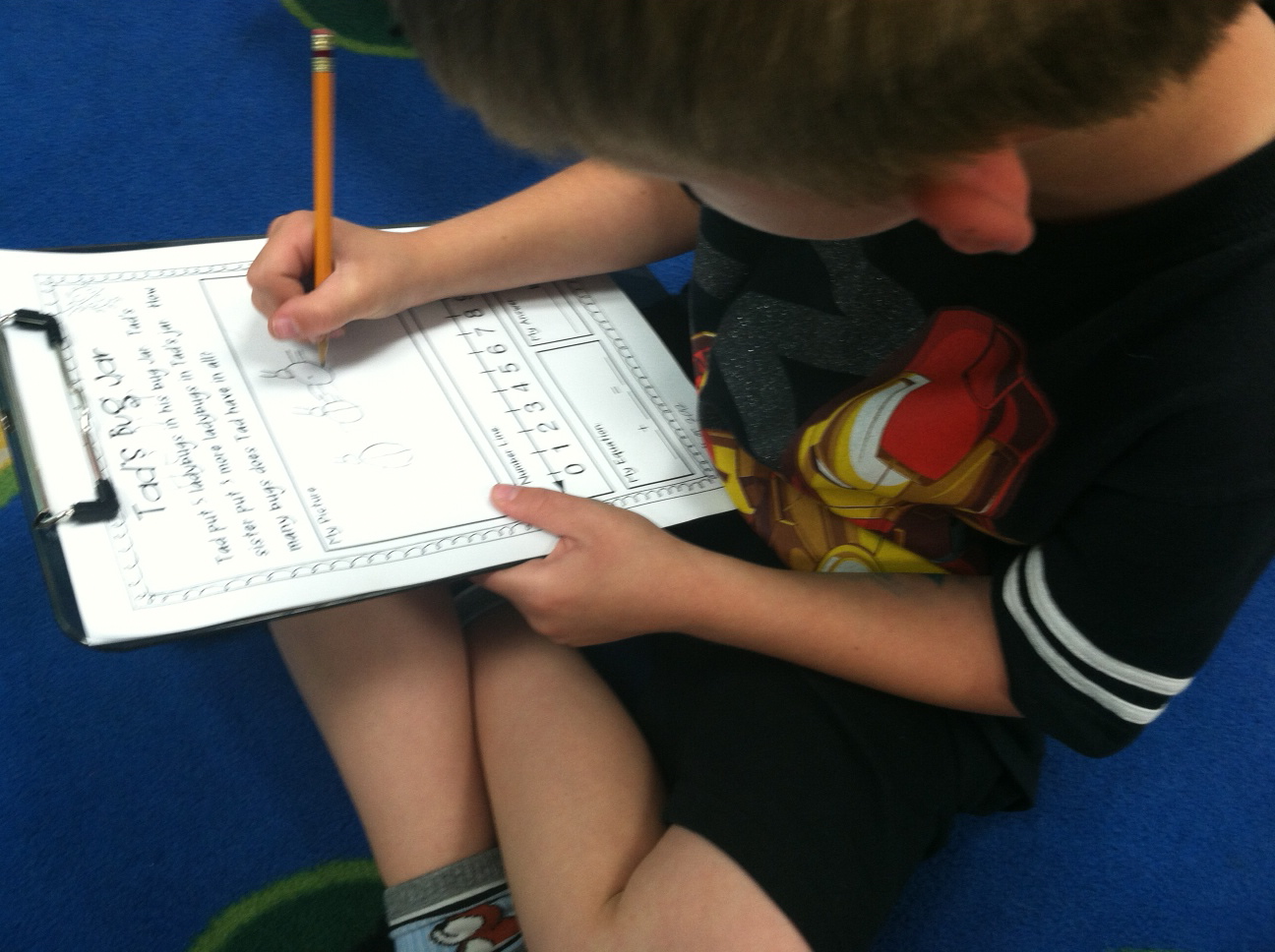 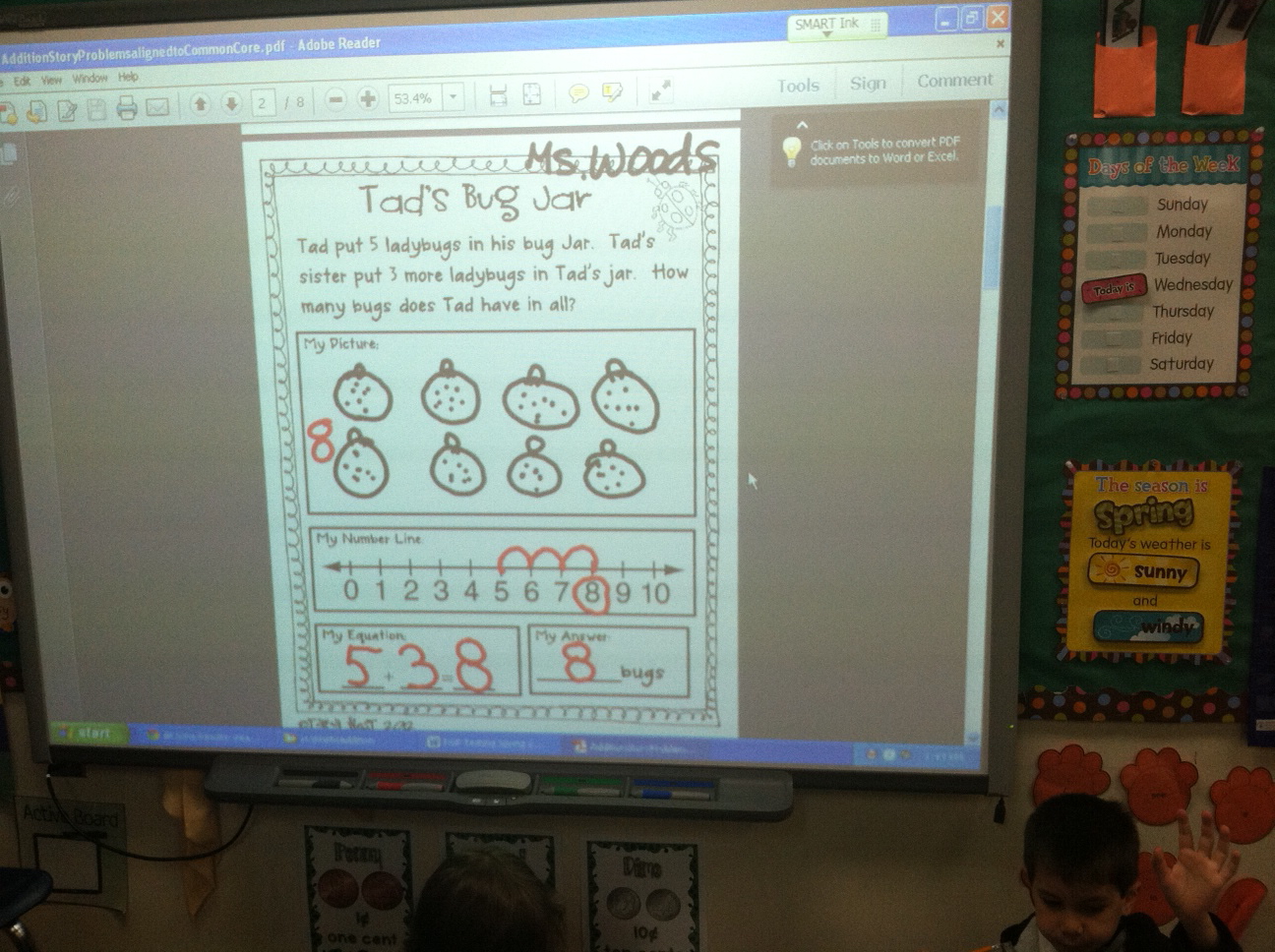 And then Some Geometry

Last but not least, we made 3-D shapes out of marshmallows and toothpicks! Kindergarteners are expected to be familiar with both two- and three-dimensional shapes, including being able to describe and compare them - how many sides do they have? how many vertices ("corners")? how many edges? Building 3-D shapes from toothpicks and marshmallows is a fun and delicious way to study them in depth... 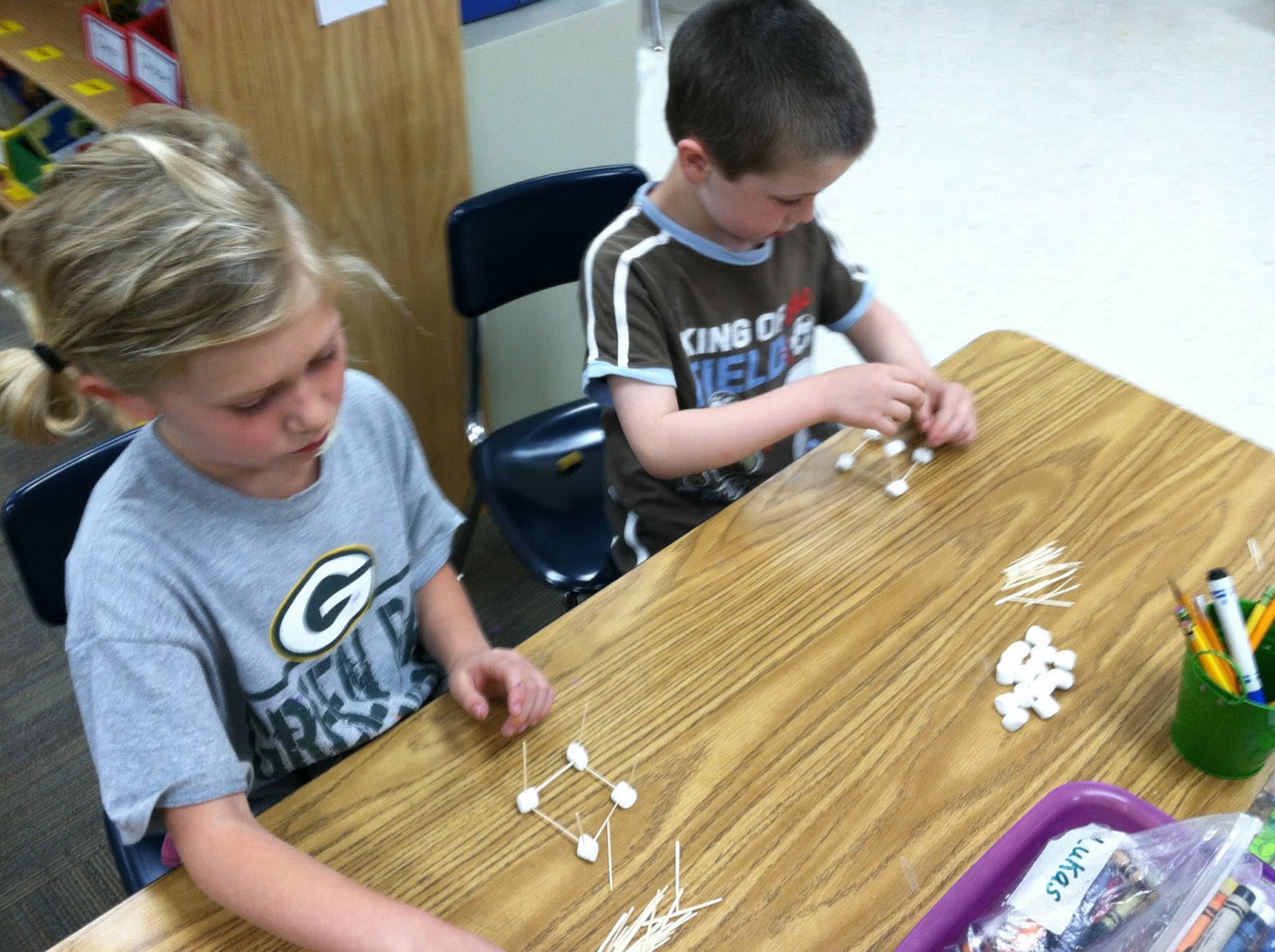 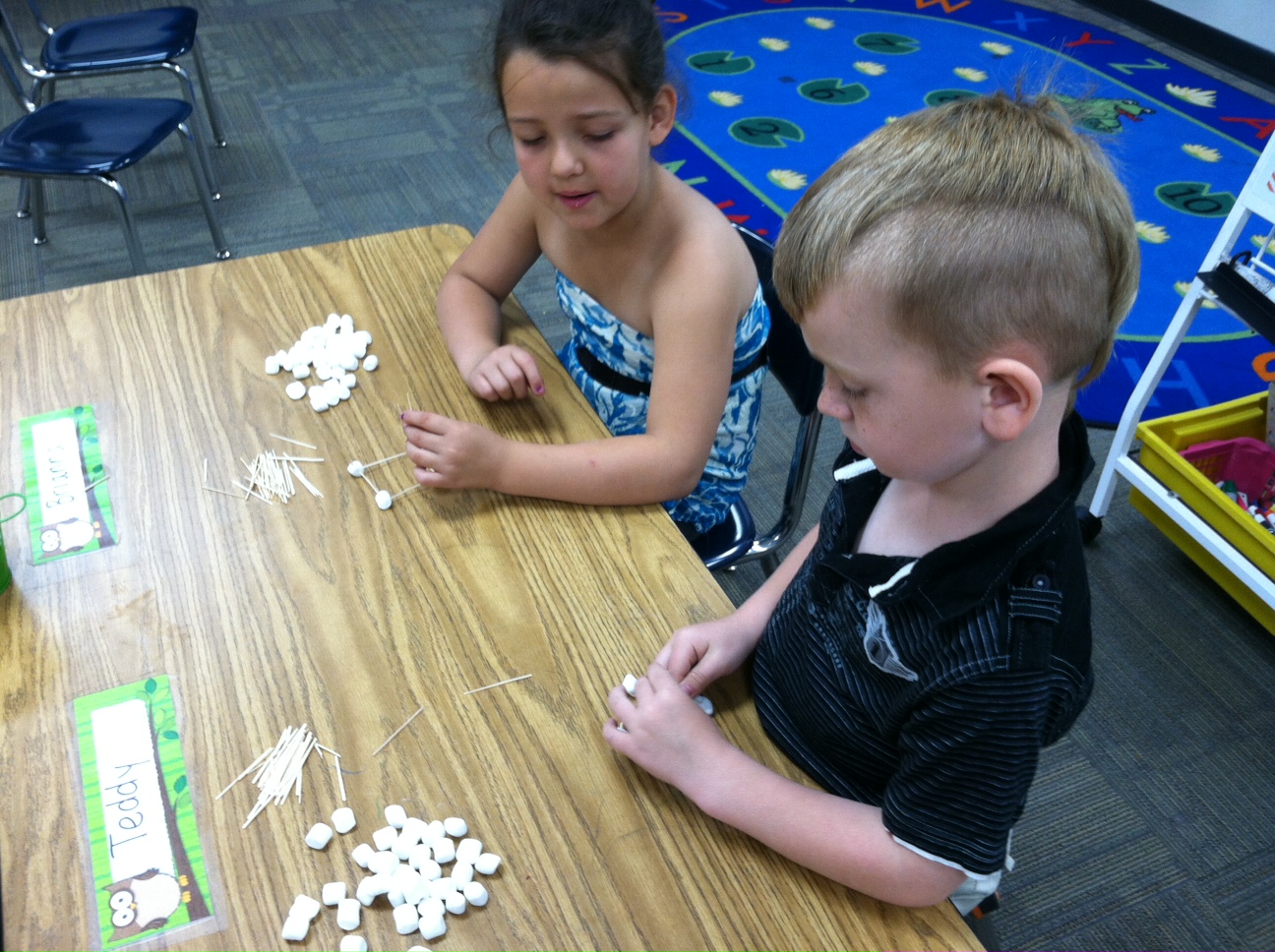 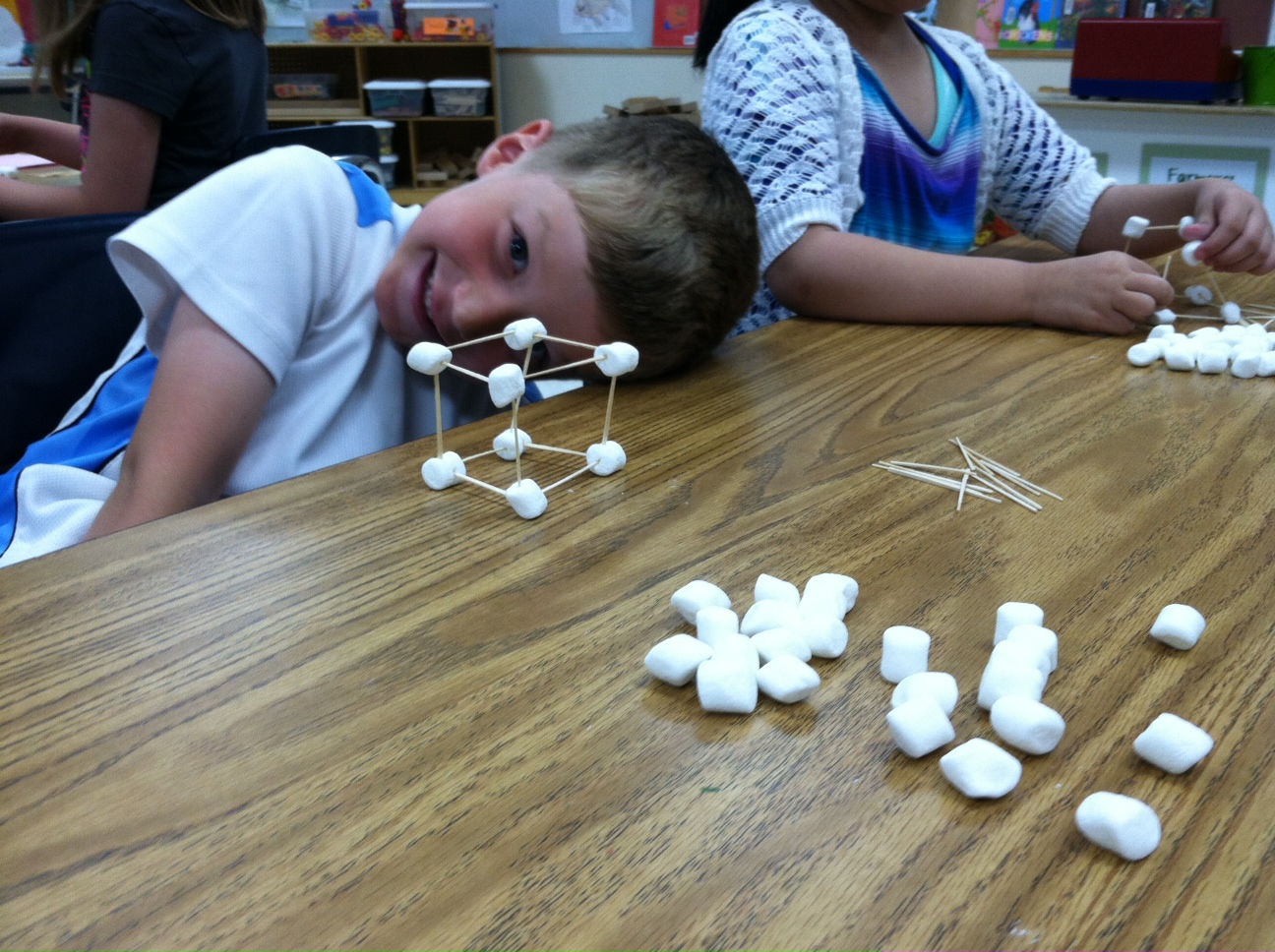 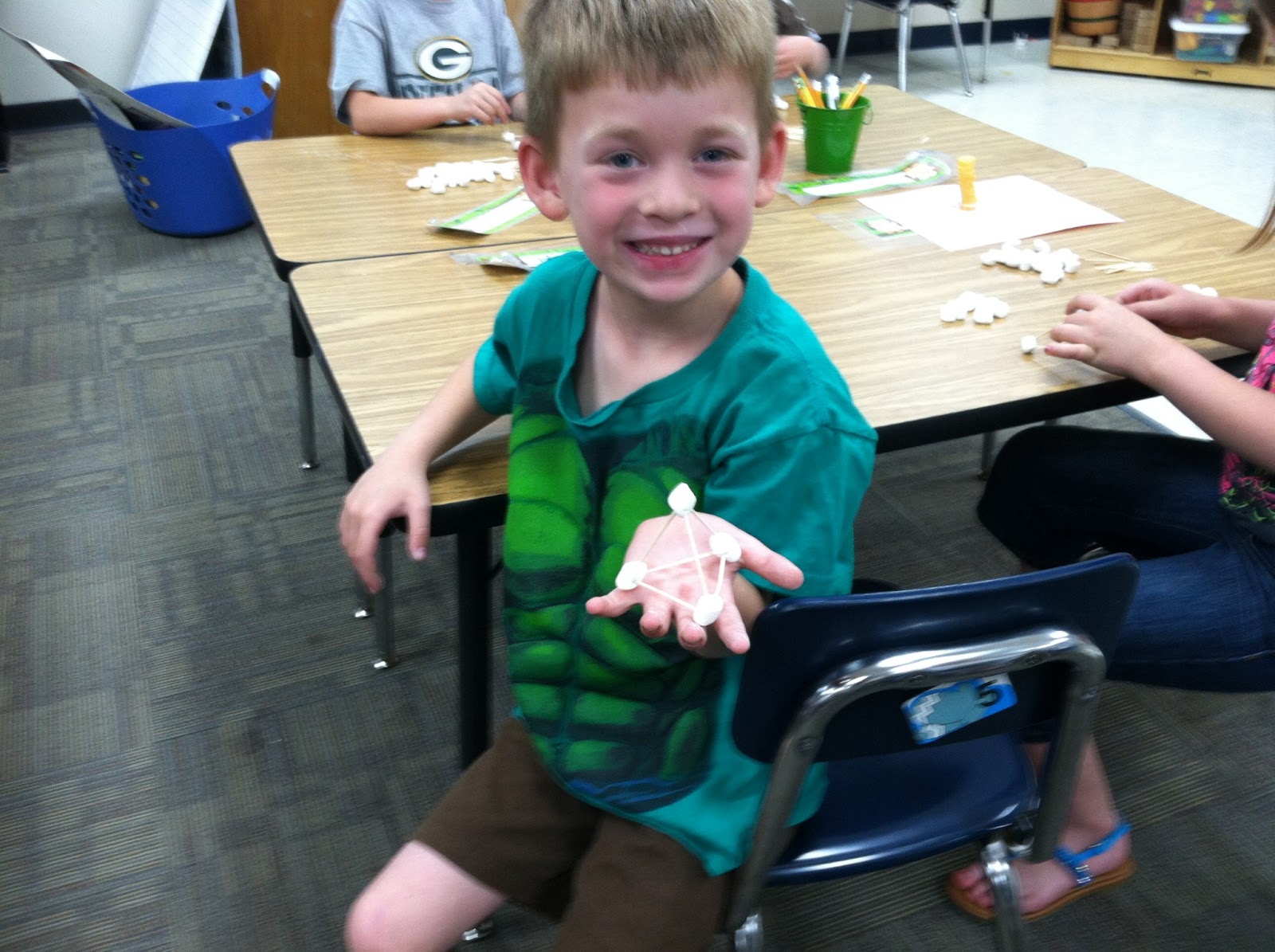