Garbage: a math game to play at home

We also hope they master what's called "hierarchical inclusion," meaning that they know that numbers build by one at a time. For example, if I said "5," I hope they can see and understand that 5 is one more than 4, and one less than 6, and picture those numbers in order. We do lots of games and activities with number lines and counting to help them develop these understandings.We also work a lot with what is called a "ten frame." Ten is the most important number in our Base 10 number system, so we spend a lot of time becoming familiar with it in kindergarten (and every grade after that...). One way for kids to be comfortable with ten is to use a ten frame when we work with numbers. Here is a picture of a ten frame, which is essentially two rows of five boxes.

Here are some pictures of kindergarteners eagerly playing Garbage with their math partners! 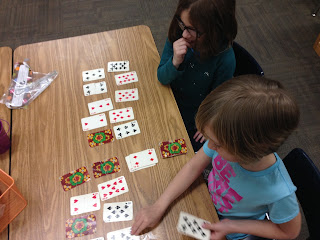 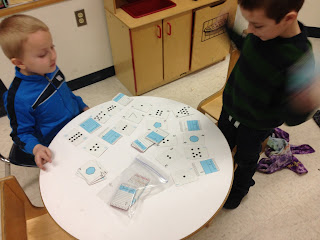 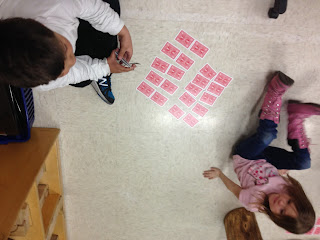 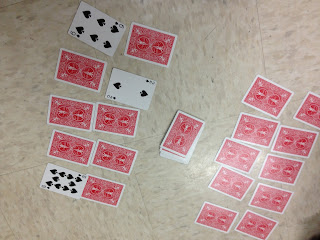 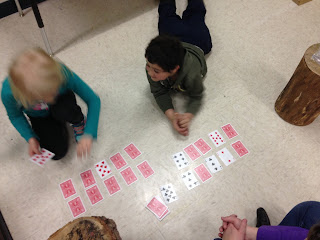 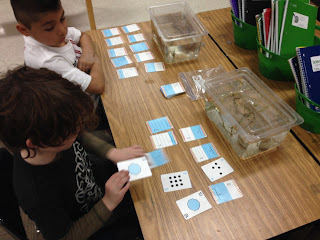