Numbers in the teens...they start with a 1!

We've been doing lots of study on teen numbers in math these last few months. Teen numbers are tricky for kindergarteners. Unlike the other double digit numbers, whose name matches the order that you need to write their digits (for example "forty-two is written "4-2" and "sixty-two is written "6-2") the teen numbers are reversed. You say the second digit first when you speak the number out loud! For example, "sixteen" is actually written "1-6," even though you say the word "six" first. Thus, many kindergarteners read and write their teen numbers backwards, even when they can write all the other numbers correctly.

We've been watching this video every day during math to try to remember that teen numbers always start with a 1. We also play lots of games, like the second video below, to help emphasize that teen numbers are made up of one group of ten, and some ones. This is an important first step in understanding place value in early math.

Here is the song:


And here is a game called Critter Junction that we played today to practice place value: 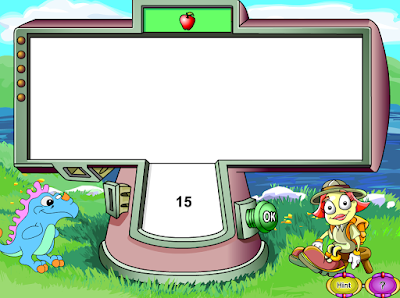 Here are some more photos of us doing math lately!