We've been flying along in math lately! Since we lost our beloved high school tutors, I'm trying out a new format for our math period, which is loosely based on the Daily Five management model. I start out with a math warm-up, such as skip counting by 10s, subitizing (identifying the number of dots or objects automatically without counting them), or figuring out the mystery number. Then I do a ten-minute mini-lesson with the whole group, usually on the rug. Next week our mini-lessons will focus on those pesky teen numbers (11-19) and how they are actually broken down - into one "ten" and some "ones." Then, after the mini-lesson, the kids break into small groups and do one of four stations:


Below are pictures of some of the great games we've been playing at Math with a Partner.

Last month we began learning about decomposing numbers. This is a very important math concept for kindergarteners (and first graders and second graders and third graders...). Decomposing essentially means breaking down a number into parts. For example, the number 5 can be decomposed into 1 and 4, or 2 and 3, or 5 and 0, etc. While this may seem like simple addition, it's actually a great practice for kindergarteners to build number sense. We don't just want them to memorize math facts, such as 4+1 = 5, without really understanding what that means. I want them to be able to visualize five objects, splitting into a group of 4 and a group of 1. This will help them greatly when they are expected to do higher math such as multiplication (which is just repeated addition - we want them to see 5x3 as 5 groups of 3 objects).

Below are some ways we have been working with decomposing numbers. These hands-on activities are a great way for students to internalize the meaning of "decomposing," and later apply that to addition and subtraction facts. 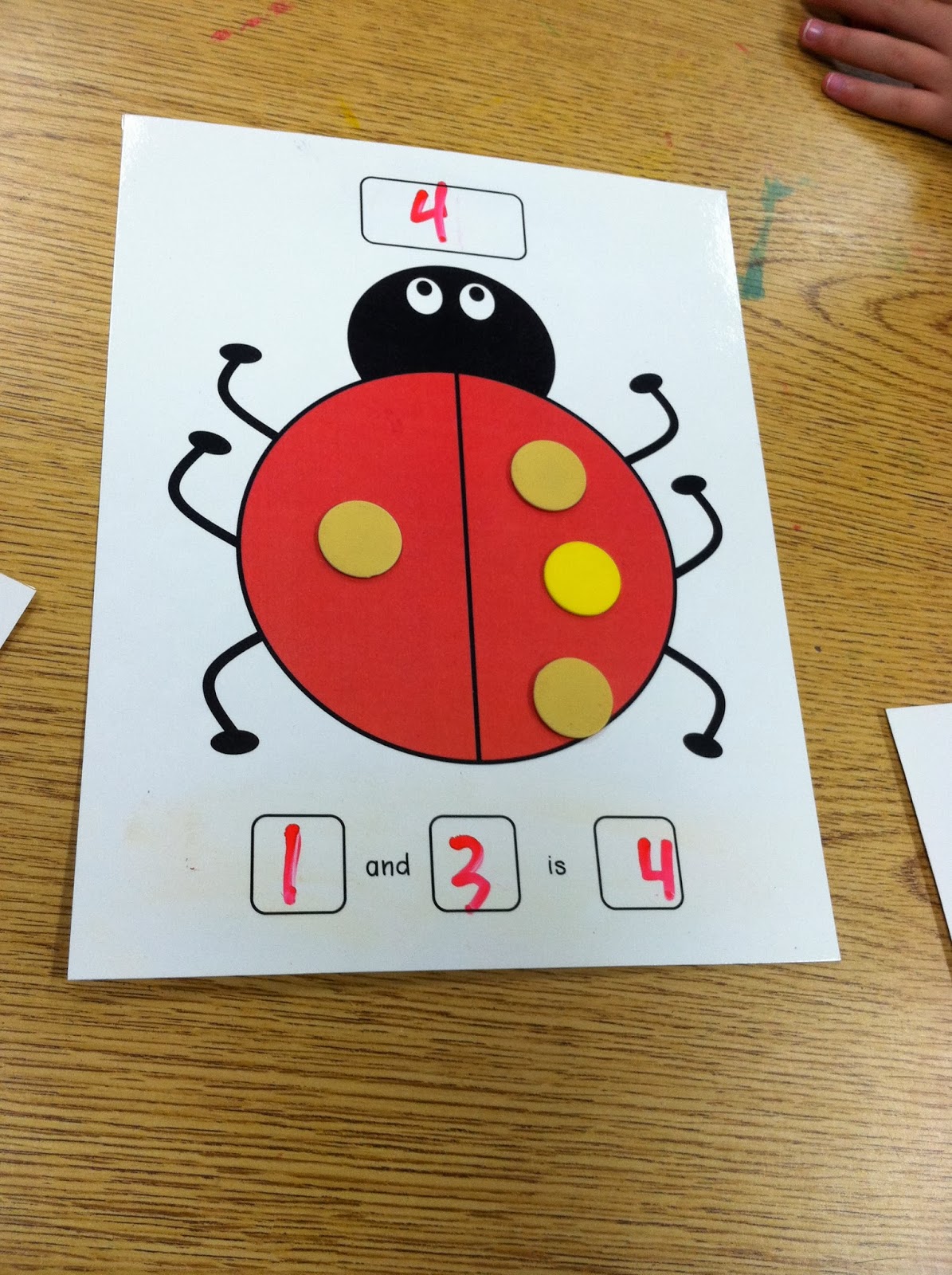 Ask your kindergartener if they know any ways to make 3 or 4! In a few weeks we'll be moving on to making 5 and 10.
Posted by Courtney at 3:25 PM