Writer's Workshop: We are authors!

Our kindergarteners are officially authors! We started our Writers Workshop towards the beginning of the year, and have been working diligently ever since. Each day we start off the period with a minilesson from me, which helps the kids start to understand what it means to write a story, and later on what it means to add to, edit, and write even more stories! For this unit, I encourage them to write about anything they want, fiction or nonfiction. Most kids start off drawing pictures and using few (if any) words, but as we move on we will focus more on adding names, labels, and words we know to our stories. By the end of the year they'll be writing sentences! Here's a peek at what we did this past month.

For several weeks we worked on producing lots and lots of stories. Some writers worked on the same page day after day, and some writers added many pages to one story. Still other writers wrote several stories each day. At this point, I don't put a lot of restrictions on them because I just want writing to be a positive experience for them to express themselves. At the end of each workshop, we sit with our writing partners and share what we worked on that day: 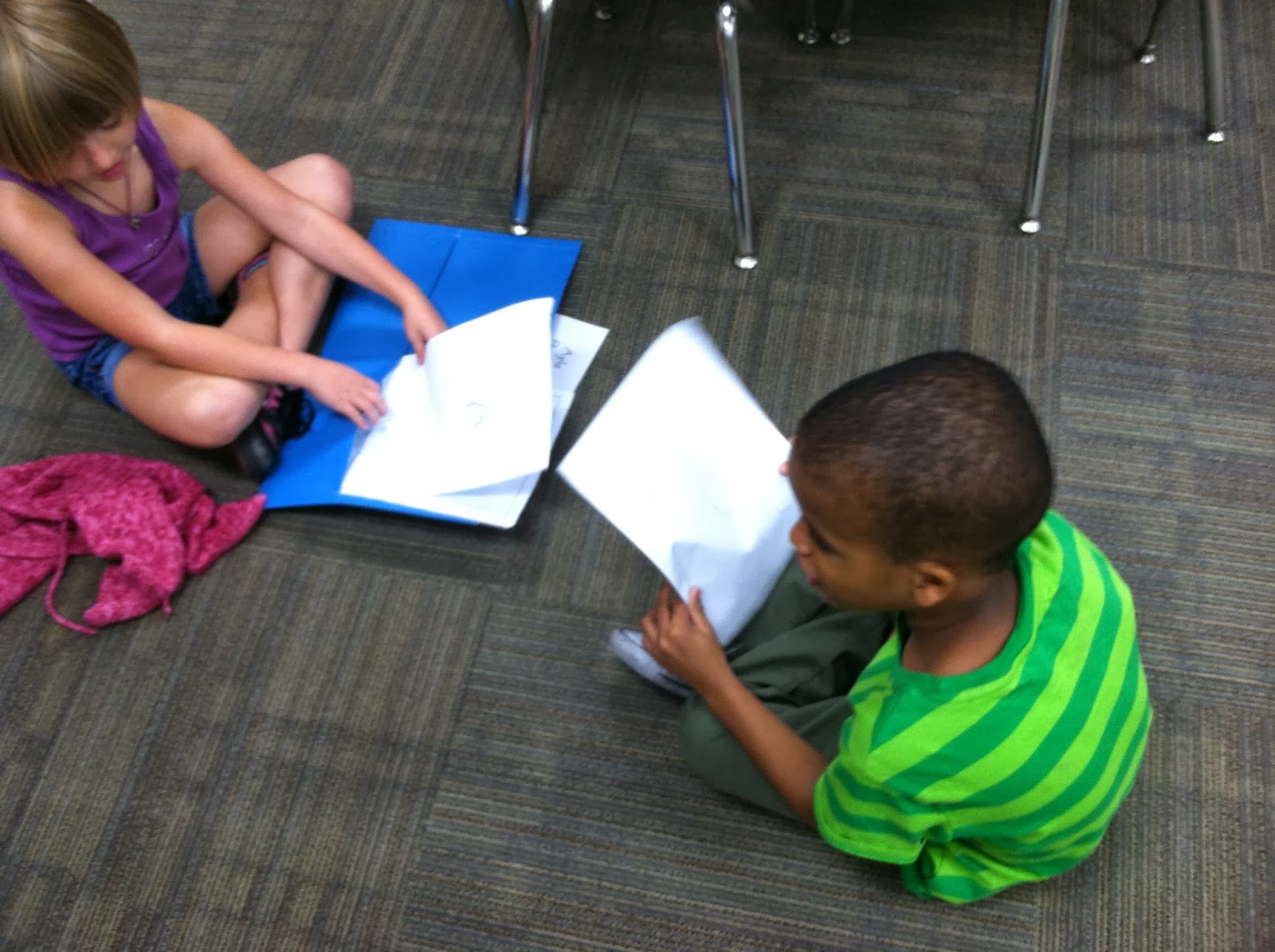 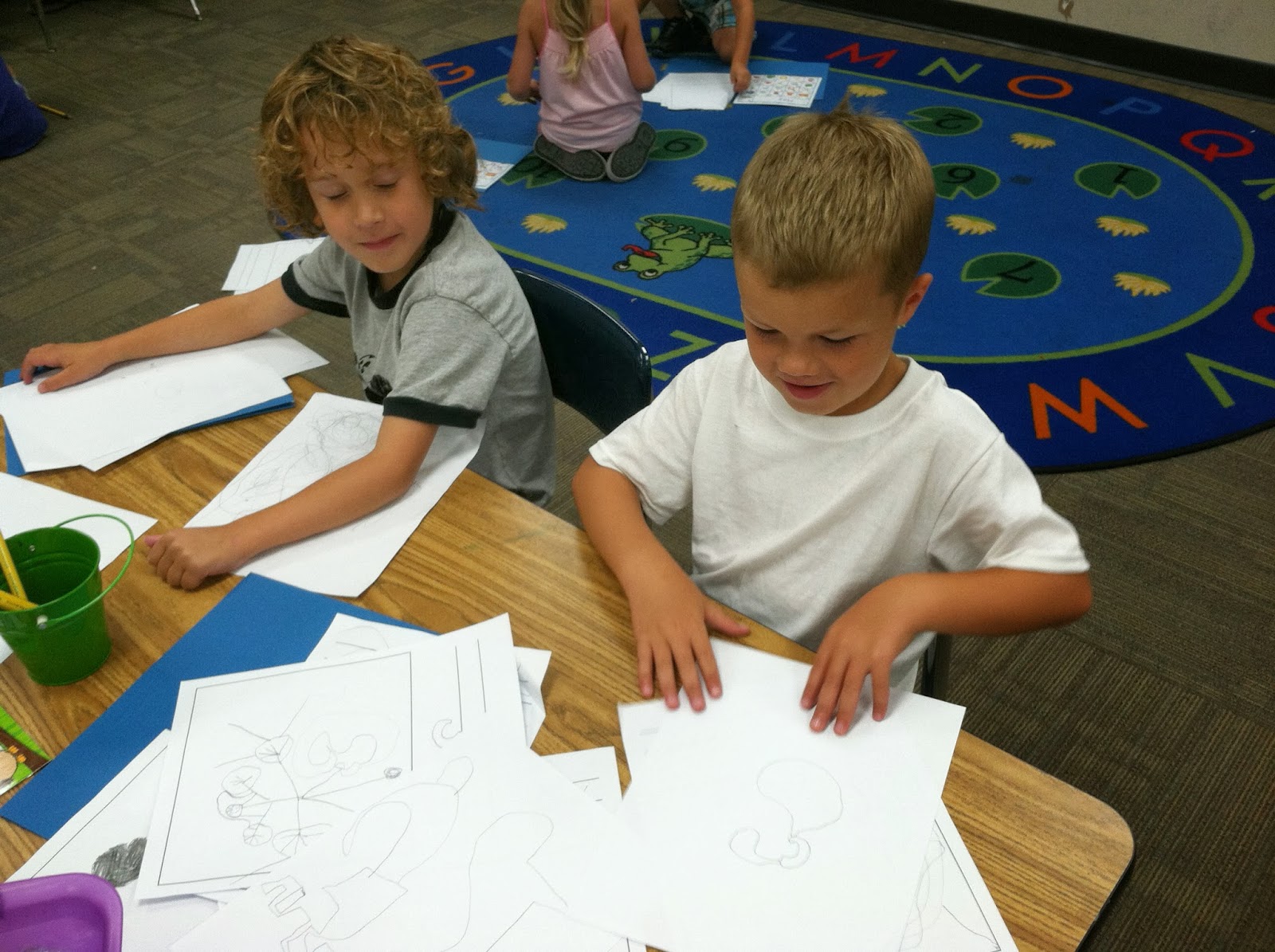 I encourage them to touch the paper (the pictures or the words) and tell the story as they point. This sounds intuitive but in fact it's a learned skill! (Some kids tend to just face the paper in their own direction while they tell the story. :) ) 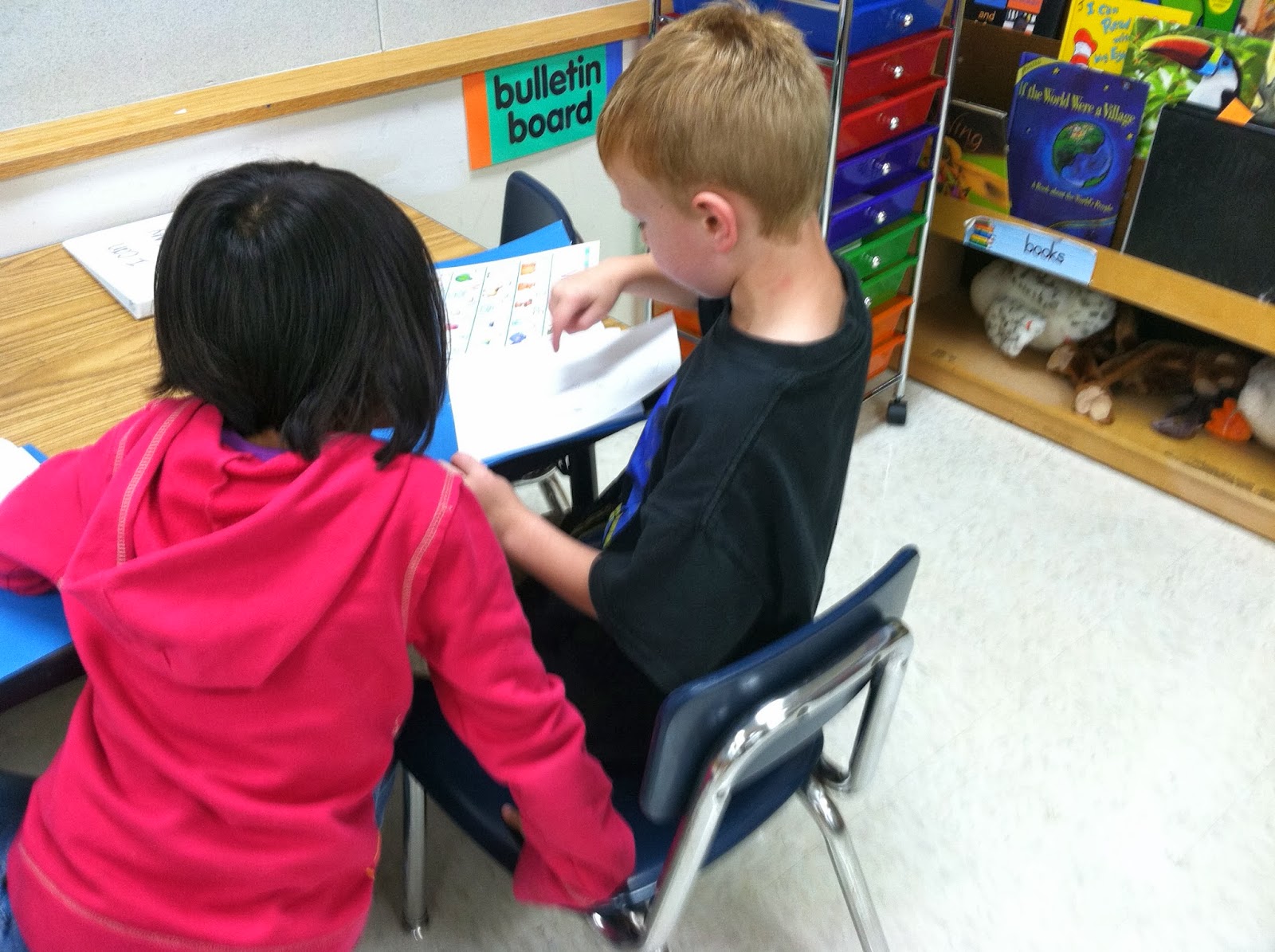 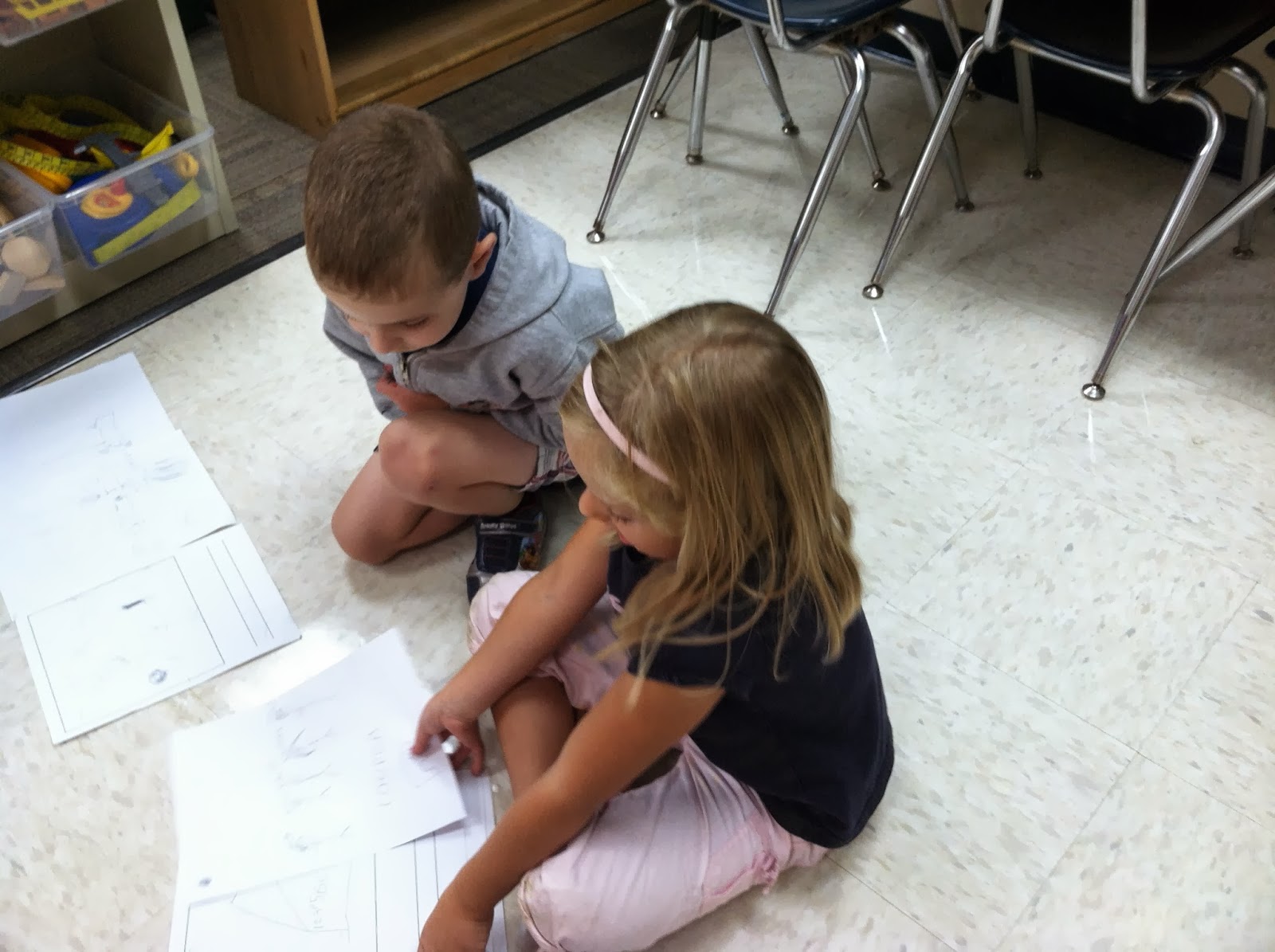 When we were finally ready to publish, we picked our favorite story and gave it a title. Then we made covers for the story. When we were completely done, we had a very fun ceremony in which I played the Olympic theme song and announced the title of each published book. Then the author came up and we gave him/her a round of applause. Then they read their stories to their third grade reading buddies. I took pictures but they are on my other camera so I'll have to add them when I get back to school. Here are a few published pieces! 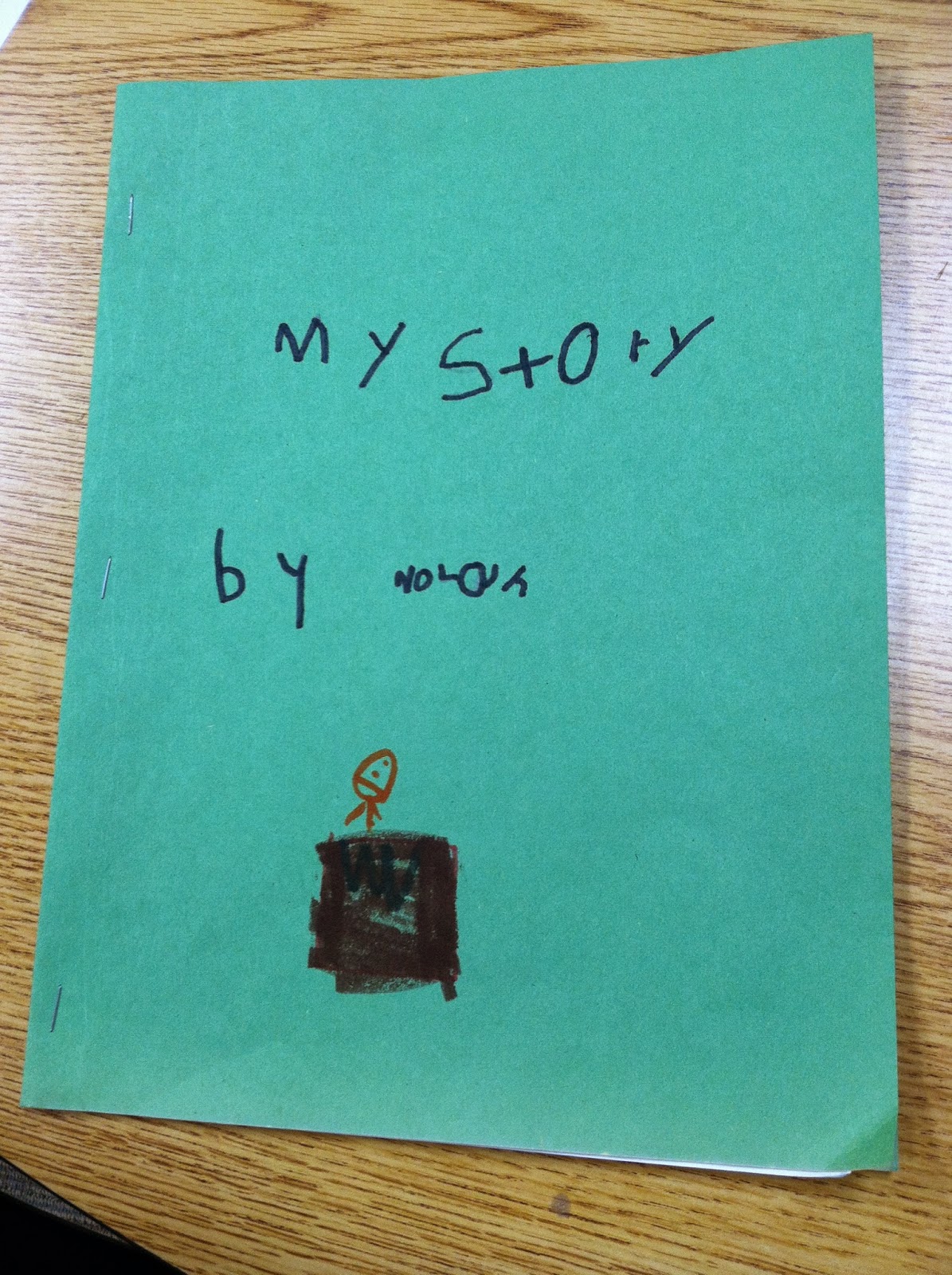 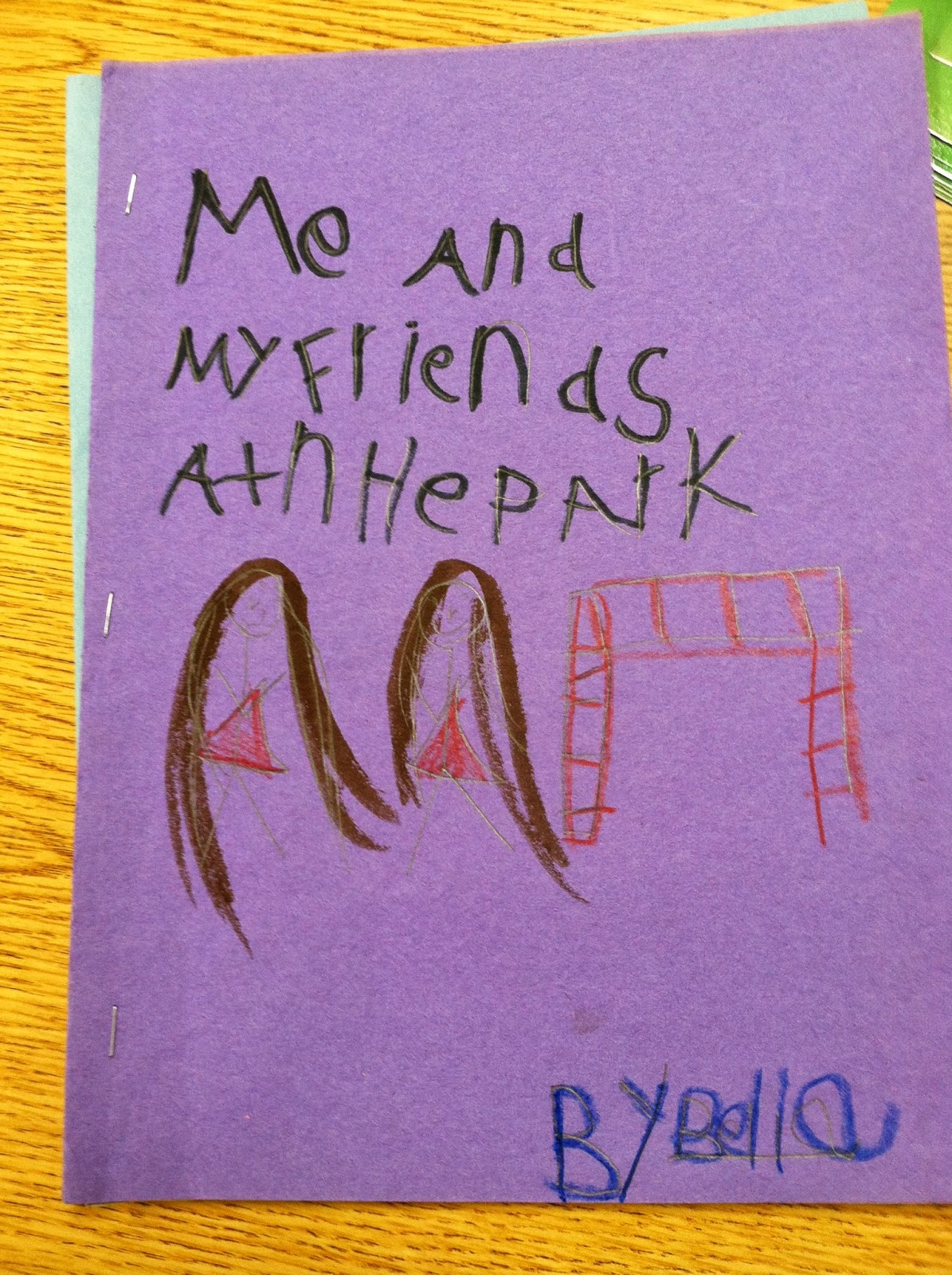 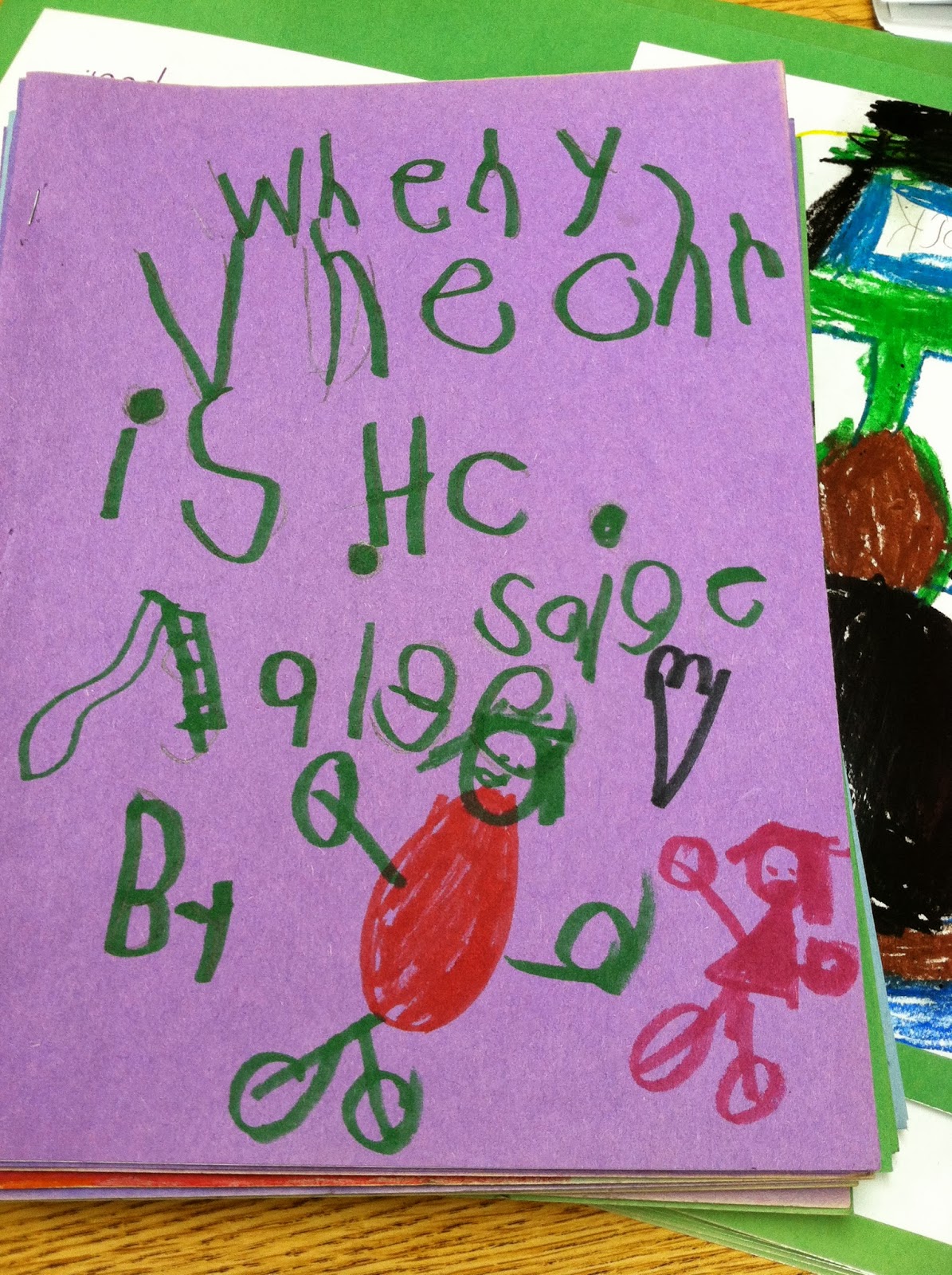 Our upcoming Writers Workshop unit will focus on adding labels and words to our stories, and making sure that your story sticks to the same topic. Sometimes this can be a challenge, especially when we write for multiple days in a row and the kids have to remember what they wrote about the day before. Oftentimes the story will start off describing a trip to Grandma's house and then end up about an evil head that eats pumpkins. My favorite book title from one of our writers this year was "The Hole that Sucked in Dana." Dana gave her permission to be featured. :)
Posted by Courtney at 2:47 PM