We've started one of my favorite science units to teach, on worms! A lot of grown-ups are grossed out by wriggling worms, but I think they're fascinating. The kindergarteners are fascinated by them as well, and not a single one of our kiddos was afraid to touch them! Here's what we've been doing in our worm unit. 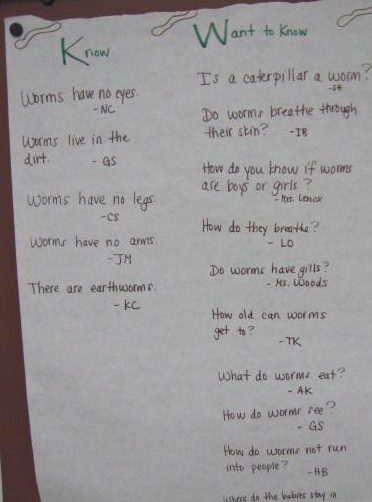 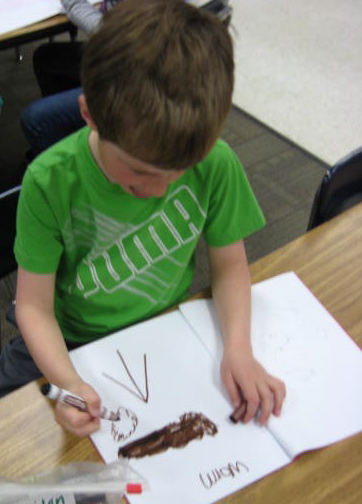 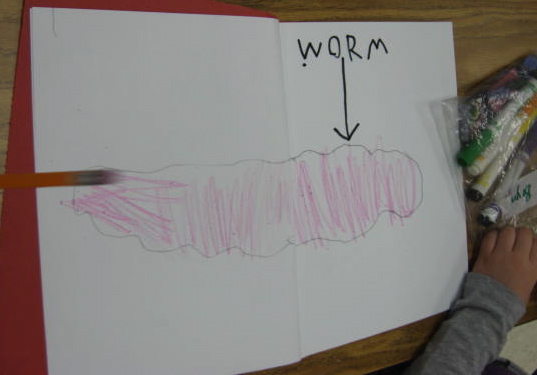 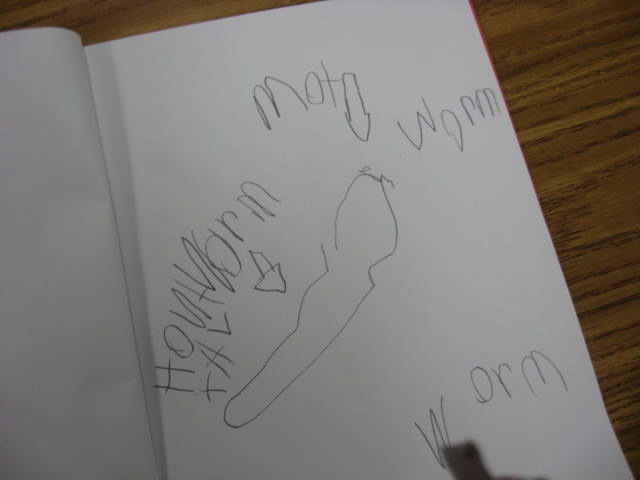 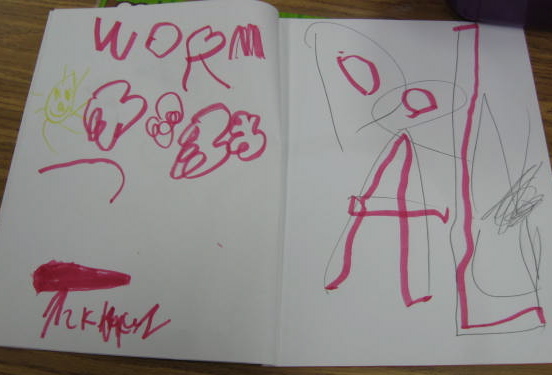 Meeting the Worms
Then we sat with partners and I gave each pair of kids two red worms to observe. I was amazed at how diligently the kids took notes on what they observed in their journals. Ms. Breuer and I walked around asking questions like "What do you notice?" and "Do you have any observations?" We also asked them to speculate on which end was the head and which was the tail, and to notice how the worms move. Then we got to hold them! 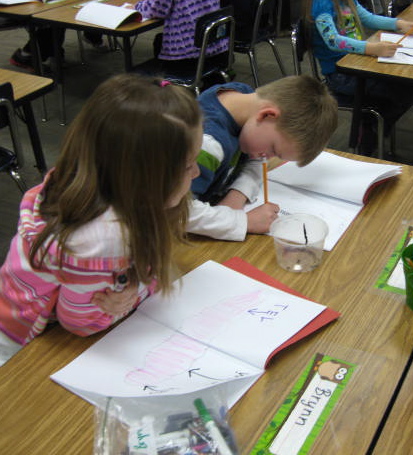 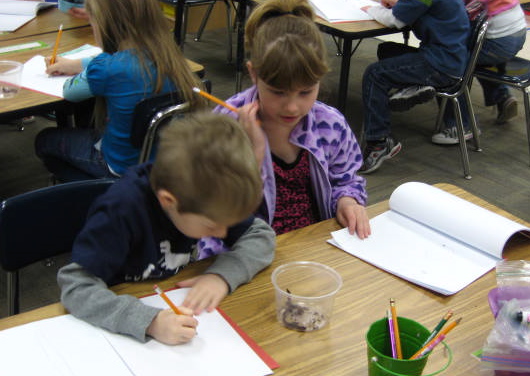 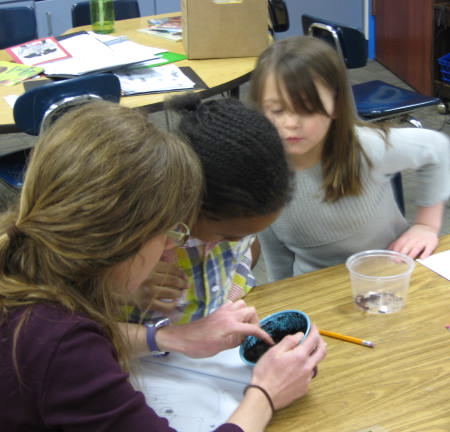 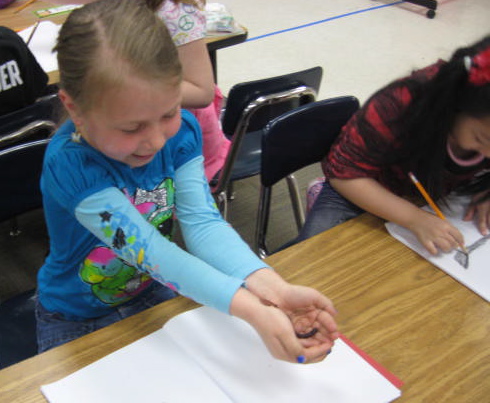 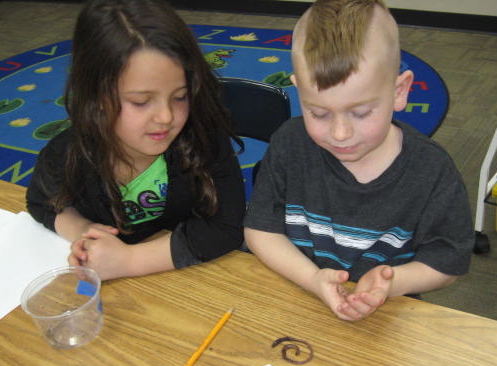 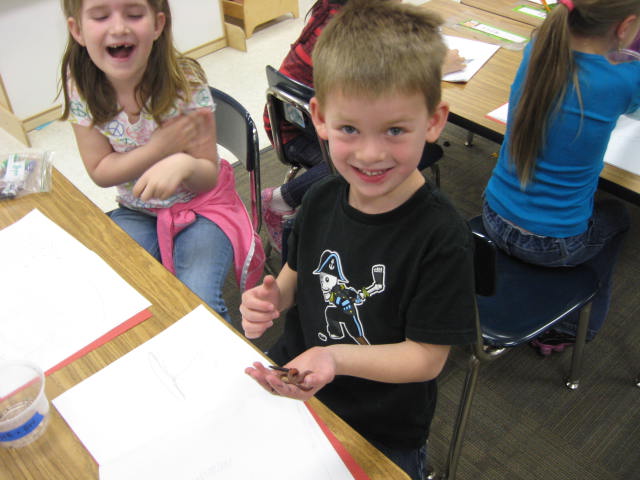 Experiment: Do worms like light?
On the second day, we read several nonfiction books about worms and started to wonder (with some guided prompting from me...) whether or not worms like the light. The books told us that worms don't like light. So we decided to design an experiment that would prove it. I told them we would lay down some worms onto a cookie sheet that I brought (lined with wet paper towels). Then I asked them what we could do to provide some darkness on that cookie sheet. Several of the kindergarteners thought we could balance a big book on the edge, so that half of the cookie sheet was exposed to the light and half was covered by the shadow of the book. After trying out several sized books, we settled on a big enough one and then stepped back to watch. Sure enough, the worms crawled out of the light, either under the book or under the paper towel!

[By the way, I got this worm experiment idea from a really awesome blog called STEM Mom. It's is a great website for parents and teachers who would like to do more hands-on inquiry-based science with their kids.] 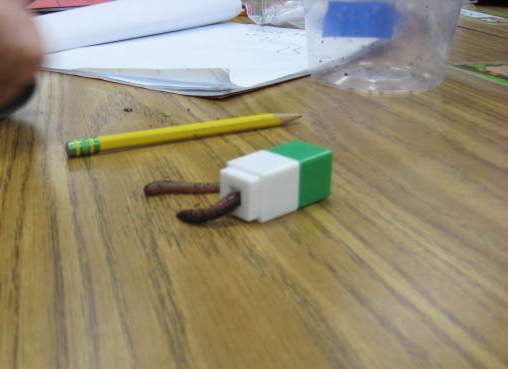 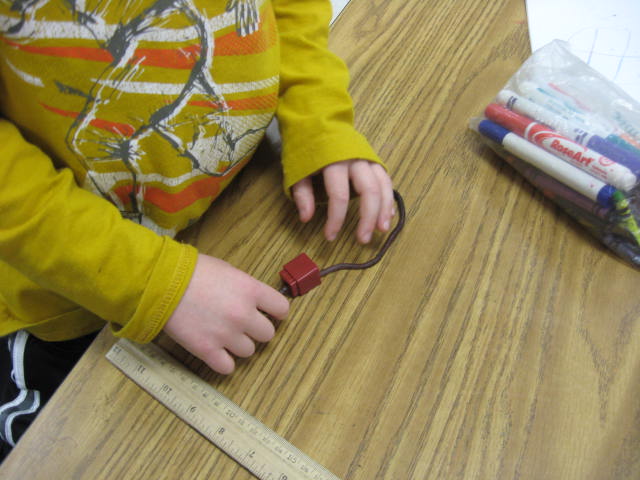 And last, we recorded our overall observations of worms. Did I mention that not a single kindergartener was afraid to touch the worm? When you are curious about nature, instead of fearful of it, you are more likely to care for it! 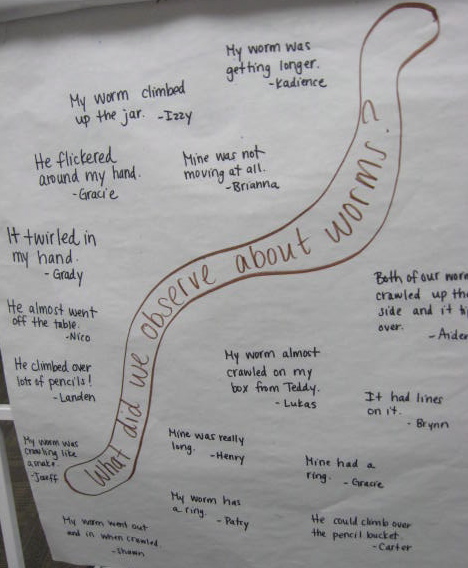